The Hokies added a local speedster to their 2018 recruiting class. 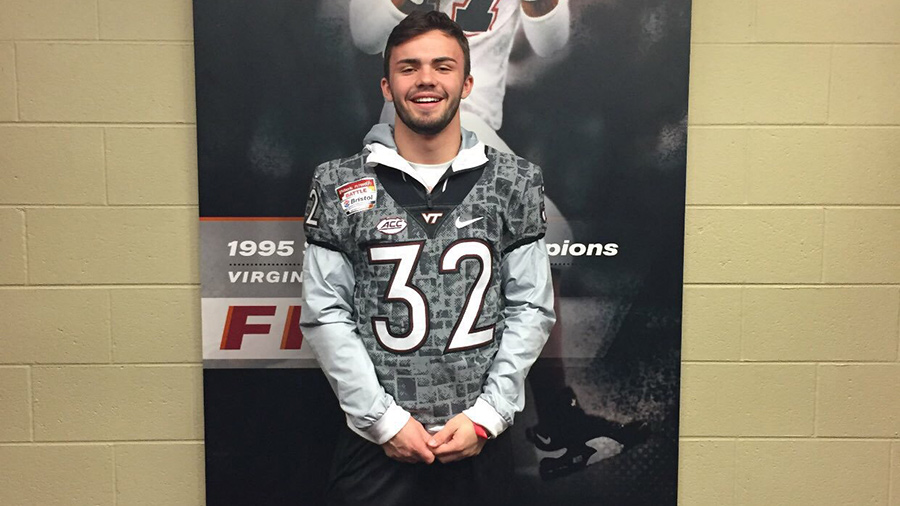 The hometown Hokies were a late offer — August, 5 2017 to be exact — well after Beck announced a top five on July 3 of North Carolina, East Carolina, Virginia, Louisville, and Pitt. Beck, who also holds a track scholarship from the Hokies, camped at Tech in June in an effort to earn an offer, but it took a couple of months to come to fruition. However, Tech closed out Beck's recruitment with blazing speed; akin to how 6-1, 185 pounder burns up the track and turf.

Beck was named the 2017 All-Timesland Boys Athlete of the Year in July.

In December, playing football with a shoulder that needed surgery, he was a key man in Blacksburg's turnaround from a 5-5 regular season that saw the Bruins win the Group 3A football championship.

Beck rushed for 1,214 yards and 13 touchdowns in five playoff wins, including 436 yards and six TDs in one game.

He underwent shoulder surgery and missed most of the remainder of the indoor track and field season before winning the 55 meters and lifting Blacksburg to the team title in the state meet.

The track star clocked 10.41 seconds in the 100-meter dash. That time was good enough to win VHSL Group 3A championship and place second at a national meet.

The 247Sports Composite rates Beck as a 3-star athlete, all purpose back.

I'm not surprised, but still pleased. Welcome to the family, Mr. Beck, the Hokies are indeed Where It's At.

I'm glad it all worked out. I have to say it, way back when I said I would trust Fuente and Co to make the assessment and offer when you were pushing for Beck. You were right and have a pretty good eye for talent.

Yup! Appreciate everybody being patient with me, I think it's going to pay off big time.

Next up, Tiquest Terry. He's small, but he's the next David Wilson.

he's the next David Wilson

How many backflips can he do? 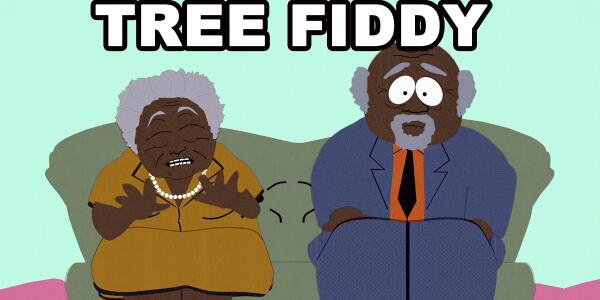 Agree about Terry, his film is fun to watch. Would love to see him in the slot. Watching other teams try to tackle players like him, Pimpleton, and DeJaun Ellis in the slot, while we have Farley, Hazleton, and Turner running deep would be fun to watch.

Great way to end the day. Looking forward to seeing him on the field and track!

I called it right after he got the offer from Tech

Now I'm ready for another big recruiting pick-up by Buzz tomorrow night at 8pm from the 4* SF from Georgia.... and a W of course.

Thinking about what CornFu will do with a guy faster than David Wilson.

The hometown Hokies were a late offer — August, 5 2017 to be exact — well after Beck announced a top five on July 3 of North Carolina, East Carolina, Virginia, Louisville, and Pitt.

Live look at Fuente to those Top 5 programs

So this is what feels like to be the big dog sweeping in at the last minute to crush the dreams of lessser teams. I like being on this side better.

My inside sauces say Beck is fast as fuck.

I hope so. Put 20 pounds of muscle on him, retaining that speed, and we'll have something, Just hope he can avoid the injury bug as a smallish RB.

Running backs now need to be at least 250. 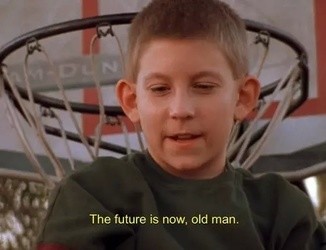 always a leg for Malcolm in the middle!

This kid has a place on the football field, but his money maker is going to be track. I dont think we would be doing him a service putting 20 lbs on him. A bit of muscle gain is fine, so long as it is contributing to his continued success in both sports. But bulking him up, just for football, would be irresponsible when considering his future.

He could become the next McCaffery in football but if not track athletes can lose 20lbs easy. If he isn't Bolt I would imagine there's more money in football.....

He's aiming to be an Olympic runner. Maybe not Bolt but in the same type of competition.

I really hope I don't keep seeing these McCaffery comparisons. Literally the only thing the have in common is being white. Their running styles couldn't be more different.

He reminds me of...Danny Coale

The inescapable rule of athlete comparisons: white guys will always be compared to other white guys

"Blacksburg is all about speed; hot, nasty, badass speed"

At the very least, if he can catch the ball, he should be good chess piece. I like the highlights and the contact he takes without going down or losing much speed.

Always got to keep the legs churning

I saw three pass plays on that highlight video and it looks like he catches with his hands. He's a good returner, he's fast and elusive. At 6'1" 185 he's a bit skinny for a running back. I know the strength and conditioning staff can add weight to him but he could contribute immediately as a receiver and special team player with that speed. I think it's hard to assess high school running backs from their video especially in this case. It looks like his offensive line was completely mauling the defensive lines on most plays. I did see him break tackles and drag people which is nice to see. He's definitely a strong kid but I don't know if he's going to be dragging ACC sized line backers and safeties. That being said his speed alone could account for a score per game.

Not surprised in the least, but that is a pretty sick commitment video

Agreed, awesome way to commit coming out guns blazing with a VT flag. And it's cool to see how excited all the local BHS kids are with the decision too!

Wait we offered a kid from Blacksburg high? Why haven't I heard about this guy before?!

This guy can flat-out PLAY!
Reminds me of Travis Ettienne of Clemson; and he scares the sh*t out of everybody!

Mr. Beck, welcome to Hokie Nation. You now have a friend in every state of the country, and most countries of the world.

Anything as a welcome relief from the ubiquitous dumb duck dog love affair so many seem afflicted by.

Count me cautiously optimistic. I love that we go a local kid! I love how fast he is! But I'm still not entirely sure how, not that it won't, his skill set will translate to D1 football. There's fast and there's football fast. That's not to say I don't think he can play, but that it might be a bigger transition than anticipated.

Glad he committed to the good guys!

So is he a football or track scholarship then?

If he plays football his scholarship has to count against football.

Yep. But I think he could essentially take a redshirt year while being on a track scholarship.

I must say, I've never been so happy for a kid I don't know. For all the people that say he isn't good enough, stop being Debbie Downer. If this kid was from Fla. you'd be talking about how great a recruiter Fuente was for picking up a high 3 star speedster. And by the way, if he couldn't run in pads (which I keep hearing) he wouldn't be putting up the #'s that he's putting up. Go Hokies!

I'm sure everyone hopes he is a stud at VT.

Lot of great plays on that tape.

For a "smaller" back, he breaks a lot of tackles, and keeps his legs moving.

His vision seems really good. The play at 4:04 is impressive. He can follow his blocks to the outside and pick up a solid gain. But he sees a gap and and cuts back against the momentum of all the defenders, breaks a tackle, and just turns on the afterburners to get the score.

He just seems like a perfect back for a Corn/Fu offense.

Cannot wait until VT releases their first 40-yard dash time on Beck and have him at an "official" time of 4.12.