Payoute moves fast on the football field, and in his recruitment. 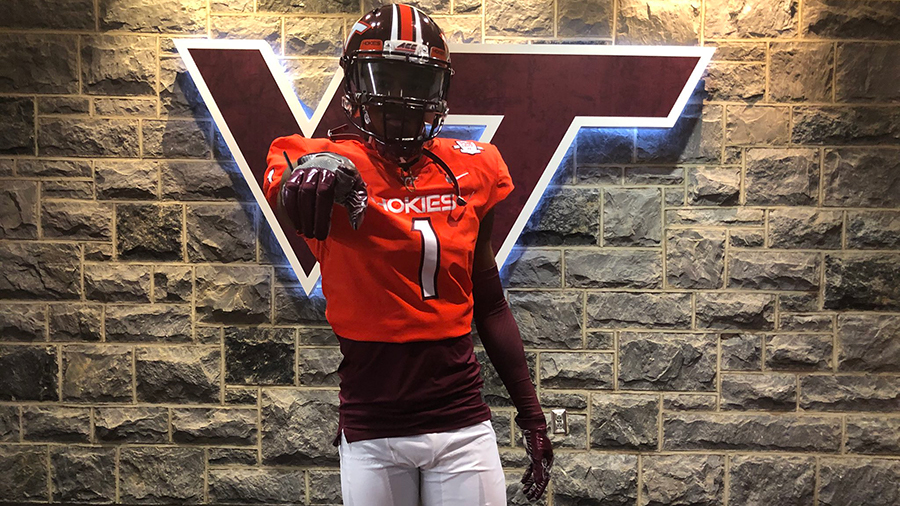 2019 WR/CB Jaden Payoute has serious speed, but he says that's only part of the reason the Hokies were so interested in winning his commitment.

The rising senior out of Chesterfield's L.C. Bird HS does not lack for impressive credentials when it comes to proving just how fast he is. He's the state's 5A champion in the 100-meter dash, and has managed to run some sub-4.4 second 40-yard dashes in his day.

But, if Payoute wasn't also 6'3" and 195 pounds, he doubts he would've emerged as quite such an in-demand prospect for the Hokies.

"A lot of people my size don't have that breakaway speed, and that's what they said separated me from a lot of people," Payoute told The Key Play. "They said with my speed, they can really use me."

Justin Fuente certainly made the latter point clear in his tweet slyly celebrating Payoute's decision to commit to the Hokies on June 10; rather than simply saying the Hokies got better, as he normally does, he stressed that the team "just got faster."

"They hope I can be that gamechanger for them," Payoute said.

Indeed, Payoute was so taken with Fuente's plans for him at Tech that he didn't wait long to pick the Hokies. Tech only offered him on June 5, after all, though he says he was chatting with RBs coach Zohn Burden (his lead recruiter) for a while before then. In fact, he even says Burden tried to visit him at school a few months back, but the pair proved to be ships passing in the night.

Luckily, however, Payoute got the chance to head to Blacksburg last weekend to connect with Burden, Fuente and all the rest. He says he'd last visited Tech when he was just a freshman, and had yet to burst onto the recruiting scene, so this trip was just a bit different.

"When I was in ninth grade, I didn't have any offers, so I was just visiting with a friend, mostly for his visit, along with him," Payoute said. "So this time with it being my visit, it felt better...it felt like home."

It helped that one of Payoute's former teammates at L.C. Bird was in Blacksburg to welcome him in: LB Rayshard Ashby.

"I was with him a lot during my visit," Payoute said. "Any questions I had, he answered him. He was also honest about his answers. He wasn't like a car salesman, he was honest. He told me like, 'It's gonna be hard, but you just have to push through it and it's gonna be worth it.'"

Payoute says he got an even harder sell from some of the other 2019 commits on campus, like OG Jesse Hanson and high-profile CB Cam'Ron Kelly. He was particularly interested in hearing from Kelly, another in-state prospect who he says he's developed a "good relationship" with recently.

"He said it was the atmosphere, he said he loved it there," Payoute said.

Of course, it didn't hurt either that Payoute was particularly swayed by the coaching staff's message for him about how he could fit in at Tech. Payoute boasted offers from programs like Tennessee and Pittsburgh — and though he's currently unranked by the 247Sports Composite, 247Sports rated him as a 4-star prospect, the No. 2 recruit in VA for 2019 — yet he says he liked the message from the Hokies enough to commit on the spot.

"[Fuente] said he sees me hopefully coming in as a freshman and being a big part of things, and that really stuck out to me, really being a part of it my freshman year," Payoute said. "That's why it was so high on my list of schools."

Payoute says the Hokies primarily envision him at wide receiver, though he plays both ways at L.C. Bird and Tech's coaches suggested he might get the chance to do the same in Blacksburg. They even told Payoute that he might return punts someday, given that aforementioned speed.

Payoute is also planning on making a speedy return to Virginia Tech, returning sometime in the "next two or three weeks" to get better acquainted with a school he's chosen so quickly.

"I'm planning on going to a game or two," Payoute said. "I will definitely come back up to Blacksburg."

Excited to hear he's leaning towards WR. His tape looks much better on that side of the ball. Can't wait to see him making plays in a couple years!

my favorite part of his highlight reel:

One of my favorite clips in here starts at :54. The QB takes a super quick three step drop then launches it. Jaden runs under it about 35 yards downfield from the LOS. The ball is snapped right before :57 and he catches it right before 1:01. Serious speed.

Looks about equivalent to his speed....

Supposedly very good. I know that was the main concern before his camp offer, but he apparently impressed everyone with his hands.

Really the only concern that I heard was in regards to his hips, where he was a little stiff. This is definitely less of an issue with a receiver compared to a corner, though.

Damn! Whoever just shook this hand left a lasting impression.

Are they as big as Boykin's?

I hope not. Not sure if I can take another Espn segment talking about his XXXL gloves.

You know what I always say, "loose hips sink..."

I know we are tight on scholarships and we may not be able to take all three but Payoute Pinckney and Robinson would be an incredible wr class...

Payoute says he got an even harder sell from some of the other 2019 commits on campus, like OG Jesse Hanson and high-profile CB Cam'Ron Kelly. He was particularly interested in hearing from Kelly, another in-state prospect who he says he's developed a "good relationship" with recently.

"He said it was the atmosphere, he said he loved it there," Payoute said.

This sticks out to me. For all the people outside the program saying Kelly is looking to bail, sounds like he's on board for the long haul if he's already helping to recruit other big names.

Maybe Kelly is waiting to see if he can get other big names to commit and make it worth his while. If so, I like how this is going for us.

I feel much better about Kelly sticking after this weekend. His step-father being a military man will also be a huge factor in his commitment IMO

I love the get, but I still don't understand how he goes from unranked to a top 3 recruit in the state. Obviously a recruit's ranking can go up or down based on his performance at a high profile camp, but this is a huge jump where it feels like there's some context we're missing.

Anybody have insight into how this kid eluded the recruiting sites for so long, especially coming from a well known high school?

I mean he is really fast...

D2dash, you of all people should recognize the value of break away speed.

Not if he dashed to D2 too much. Freshman 25 because of all that grub. I slowed at least a half second on my 40.

I thought the D2 dash was the sprint from D2 to the nearest bathroom.. 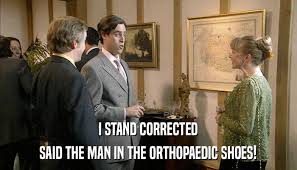 We bet on him when he was a long shot. Those bets tend to have the best Payoutes. 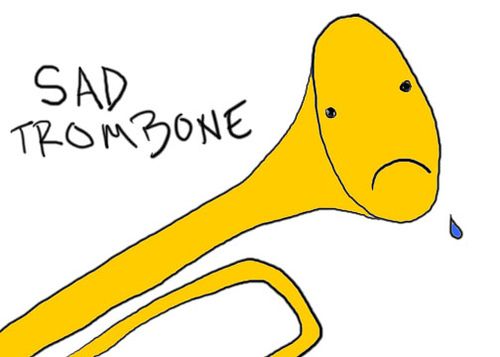 Came here looking for the Payoute joke, not disappointed.

Has he considered the running back position...

Funny, I came for the Peyote joke and, well, I'm still waiting.

I made one in the initial commitment thread and it was criminally underappreciated.

Well, better late than never. Leg for you, Beard.

Your name is D2dash? Leg. I don't care what you said.