The Hokies extended an offer after the Maryland product impressed in a satellite camp. He discusses his decision to commit and his coach breaks down his cornerback game. 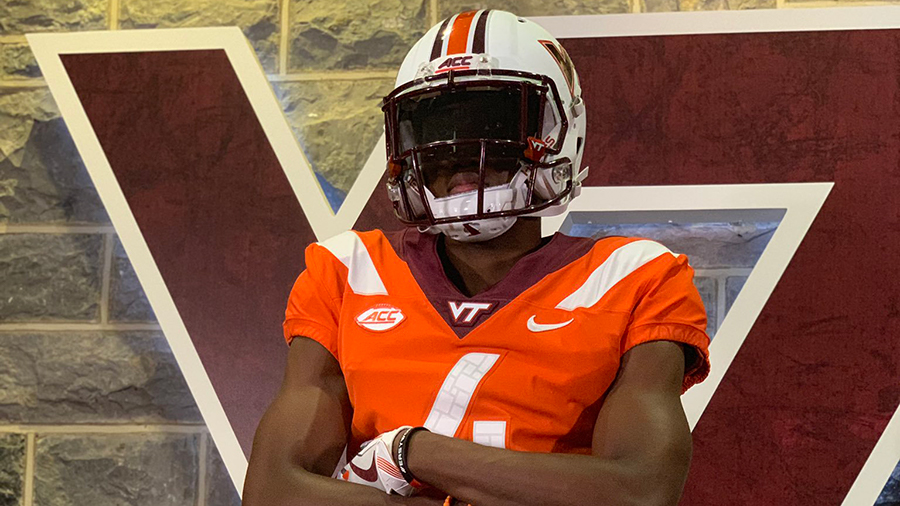 That might've been your reaction when you caught the news on July 27 that cornerback Dorian Strong committed to Virginia Tech. He was previously unranked by the recruiting services, now a 247Sports 3-star (81), and an unknown to recruitniks. But the Hokies did their homework.

"They came to the school back in February," said Dr. Henry Wise football coach DaLawn Parrish. "I talked to the coaches, basically told them straight up, I believe this cat can be a Division I kid, but he's been running track, so he really hasn't had a chance to really focus in, and hone his skill on football, but each year he's gotten better and better."

Strong used that improvement as a catalyst to ultimately earn an offer by impressing cornerbacks coach Brian Mitchell in person at a June Bowie State satellite camp.

"He performed like I knew he would," said Parrish. "They liked him, but they really wanted him to come down to Virginia Tech."

Per Strong, Mitchell explained he would review his film and discuss an offer with the coaching staff. Parrish called the day after the camp and relayed the good news.

"He told me that they wanted to offer me," said Strong. "I was excited. And he was like, 'They wanted to make it official', so they invited me down to their little bash."

Indeed, he made the trip to Blacksburg for the Bash, Justin Fuente extended a scholarship offer in his office, and he committed on the spot.

"I was a no-star kid, who only had one offer at the time, and that was from Delaware State," he added. "Virginia Tech didn't know anything about me. Just for me to perform, and for them to like me like that, as a big Power Five school, it was amazing. The feeling was great."