Opportunity at Virginia Tech Sold Itself to Khalil Herbert

The Hokies added a veteran running back to their roster who is expected to compete for starter's touches. 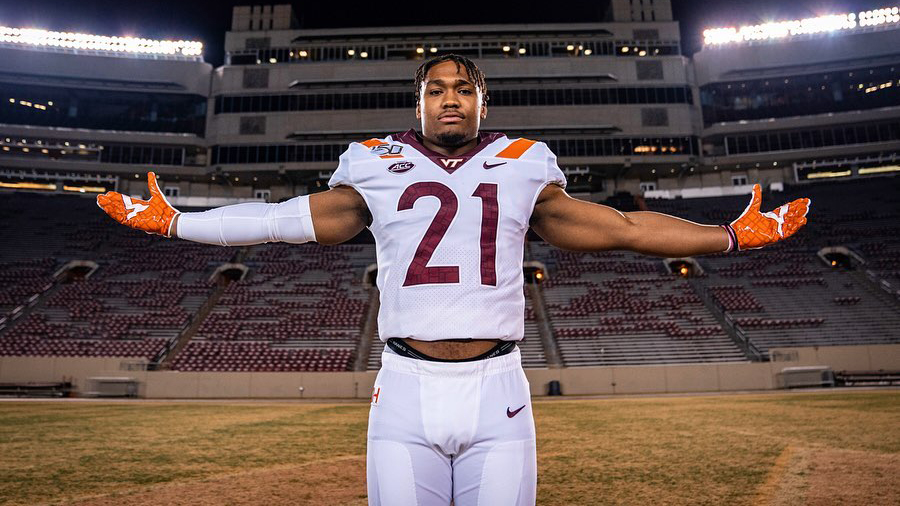 Follow recruiting religiously, and you'll learn to take a bombastic statline with a grain of salt. Chalk a 17-yard per carry outing to a man against boys situation. After all, in the high school ranks there is plenty of inequity among rosters. And that's all well and good until you realize it was a Power Five back, against a Power Five defense that ripped off those yards.

Against Boston College, the same opponent Virginia Tech as a team failed to notch 100 rushing yards against (98), Khalil Herbert rushed for 11 times for 187 yards and 1 TD.

"I really like to say I'm an all-purpose back," said the 5-10, 207 pound Herbert. "I can run between the tackles, outside the tackles, catch the ball out of the backfield, block, whatever you need me to do."

It was evident from the get-go the Hokies' rush attack would need help in the offseason, and it happened that Herbert shortly thereafter would search elsewhere for an opportunity to lend a handhis legs. Prior to his scalding of the Eagles, Herbert rushed for 88 yards (17 carries) against Indiana State and 82 yards (8 carries) against Coastal Carolina. The Kansas senior tailback opted to redshirt after his touches and production dipped against West Virginia (7 attempts for 27 yards). Even though the decision was self-motivated, he envisioned it as beneficial for both parties, and planned to return the Jayhawks in 2020 for a fifth and final season.

"It was tough, but at the end of the day this is one of the couple of times in my life I had to make a decision for myself, and do what's best for me," said Herbert

However, he and the Kansas brass didn't see eye-to-eye on the situation and ultimately he placed his name in the transfer portal. That's when Justin Fuente, Adam Lechtenberg and Brad Cornelsen pounced.