Hokie Tracks Are Back From New Orleans 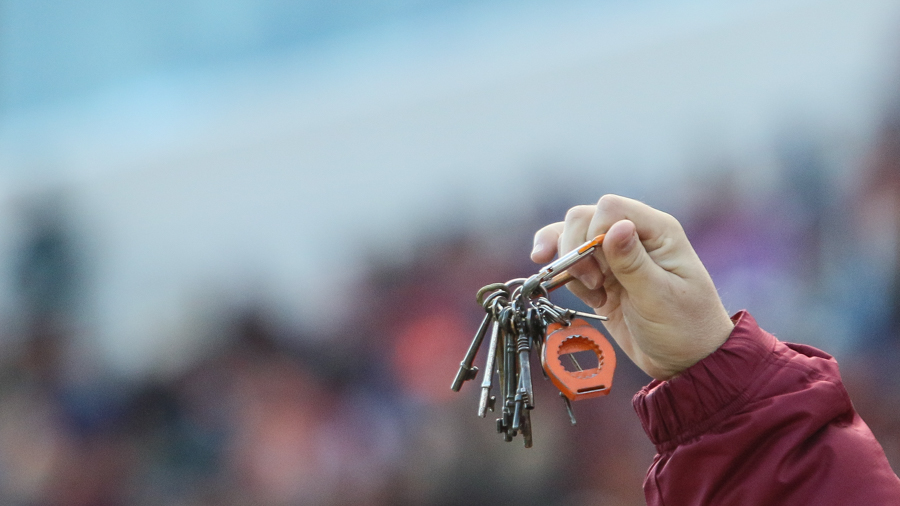 Virginia Tech added a 5-star... long snapper to its 2018 recruiting class. Oscar Shadley announced his commitment to the Hokies on Monday.

Shadley — a U.S. Army All-American — is a scholarship player for Tech. He also had an offer from Oregon. The 6-2, 230 pound Naples, FL product started at defensive end for Golden Gate HS last season, and will also strap it up at tight end for his senior campaign. Golden Gate coach Mike DiGrigoli explained the nuances of elite long snapper play.

"Long snapping may be his niche and his way of getting a scholarship, but make no mistake about it, it's not like being a kicker, where all you really have to do is kick," he said. "As the long snapper, you have to be able to play other positions and excel at them. On (PAT and field-goal) kicks, once you snap the ball, you've got to block. On punts, the snapper is usually the first guy down the field, so you've got to be able to make a tackle. And he's done that for us. A lot of his highlight tapes show him running down the field and making the play on the return man. Talking to the recruiters, they really like his ability to cover punts."

Rubio Long Snapping rated Shadley as a 5-star recruit (Division I prospect), and their review of a recent Shadley camp performance is Frank Beamer levels of special teams erotica.

Shadley was excellent at the Rubio Long Snapping VEGAS XXIX Event on January 14-15, 2017. Body is D1 ready right now and he is one of, if not the best overall athletes in his class. Kid snaps with pure power and absolutely destroyed the athleticism aspect of the camp. It almost wasn't fair. Love to see him lock down his spiral and make sure his accuracy is smooth and on point. He could go down as one of the best. Coaches should offer him right now if they are looking for a 2018 Rubio Long Snapper.

K.J. Henry would be the ultimate prize for Tech's #NC2VT campaign. And the Hokies are outpacing other suitors for the West Forsyth HS (Clemmons, NC), 5-star defensive end's services.

Surprisingly, it's not Alabama or Clemson who is recruiting the 6-foot-5, 235-pound prospect the hardest. It's a team who is on the rise with second-year coach Justin Fuente.

"Virginia Tech," Henry said of the school who is on him the hardest. "They're a much smaller school compared to Alabama and Clemson, but I like them. They're doing the right things. They're close to home. They have good relationships with my parents. The coaches have shown lots of love."

Former #Hokies football ass't Bryan Stinespring: "People ask me all the time what it was like to have Michael Vick as the QB on your team."— Mike Barber (@RTD_MikeBarber) July 11, 2017

Former #Hokies assistant Bryan Stinespring on Mike Vick: "Every day was like a highlight video. We'd say, 'We're glad we got that on film.'"— Mike Barber (@RTD_MikeBarber) July 11, 2017

Ex #Hokies ass't Stinespring recalled Michael Vick eager to get back on field during lightning delay: "It's not going to hit me," Vick said.— Mike Barber (@RTD_MikeBarber) July 11, 2017

Faster than the speed of light, y'all.

When do you sleep Joe? Wait, why are we up still? When do you sleep HF?

Baby duty? I get most of my Netflix time in while bouncing a child back to sleep. Thank god for smartphones.

I'm so glad our second and third kids never went through this. The first one was a terror to get back to sleep.

"Frank Beamer levels of special teams erotica" - easily the line of the day.

That's the type players Funente will continue to draw... Thanks Coach Beamer for starting the tradition.

He could go down as one of the best.

When we have an Oscar Shadley statue in front of Lane Stadium these guys will say that they knew all along.

Seriously are we not doing phrasing anymore?

We actually don't need a holder, that's how good this guy is, his snaps land and stay in the perfect spot every time...

There was a post announcing it, but Joe locked it for comments so it got pushed down the Tracker.

PS... Does the guy in the very top picture work as a janitor in a Castle from the Medieval Times? And I thought my keys were hard to get out of my pocket...

Speaking of that key ring, is that attached bottle opener still a mandatory purchase at the bookstore? It seems I don't know a single Hokie who hasn't owned one of those. Goes great with one bad-a** chunk of metal that can be obtained in the links in these here parts of the interweb...