The head Hokie dished on a variety of topics in a one-on-one with The Key Play. 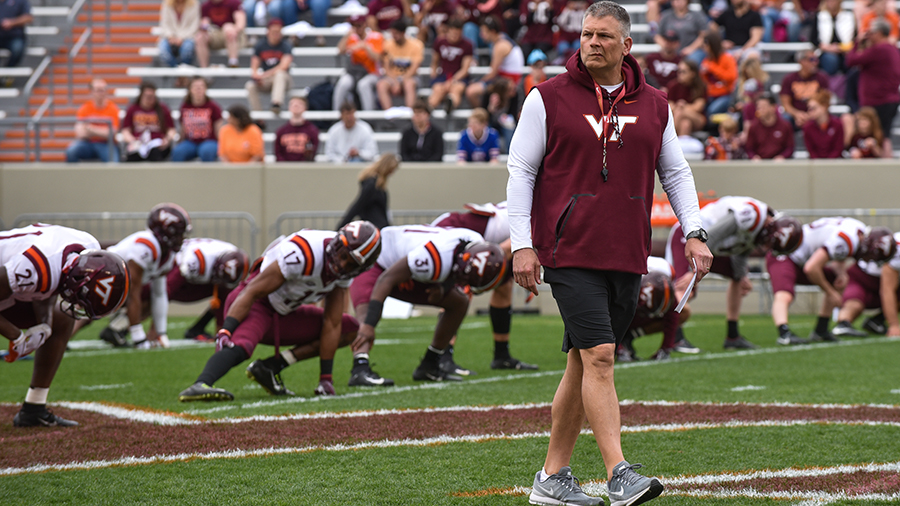 An interview that's been in the works since February came to fruition last week. Virginia Tech head coach Justin Fuente answered a handful of questions from The Key Play in an exclusive conversation. The topics ranged from Game of Thrones to program access. Beyond pleasantries, the meat of the conversation is presented below as a complete Q&A transcript, only lightly edited for clarity.

The Key Play: I believe I recently read that you're a Game of Thrones fan, is that correct?

TKP: Well, let's start with the important stuff. Who do you think wins the Iron Throne?

Fuente: I don't know. I know enough to know it'll be surprising. Whatever it is.

TKP: Which character then, on the show, are you most like, and why?

Fuente: We all want to be like Jon Snow, right? Do the right thing all the time. Not saying that we are. But I mean you can't help but watch it and wish that you, or I, were more like that, I think.

TKP: So actually to some football talk, what are the highest value positions that you believe impact winning and losing the most?

Fuente: Well, the first one is quarterback. Usually the second one is a defensive end. A wide receiver, and a corner, in that order.

TKP: When you were hired, did you have a 3-5 year plan, or a plan to get the program going under your watch, and if so, do you feel like the program is ahead, behind, or right on the right track of that plan?

Fuente: Well, each situation is different. I mean we inherited a unique situation here, with a group of older players that was talented, and hungry, and ready to go. We knew in pretty short order that we had a rather large hole in our roster in the younger groups. The cycle of building a program is not that same at each place. We had really good success to start with because of the situation we were in. We weren't as good last year because of the situation we were in too.

TKP: What's one thing, if you could go back and do one thing differently, what would that be?

Fuente: In my life?

TKP: No, sorry, since you've taken over the football program. If you could do one thing differently.

Well, I'm going to be honest with ya. There's several things that I would do differently, but I'm not sure I'm gonna tell ya.

TKP: After the season last year, a 6-7 season, this season the schedule is as cushy as a Power Five team will probably get with two I-AA teams on the schedule. Do you feel any increased pressure this year, to have a double-digit win season?

Fuente: I don't really look at it that way. The schedule is a byproduct of circumstance. It is what it is. There's not much we can do about it. I think Whit [Babcock] handled the situation with East Carolina as well as could be expected in defending Virginia Tech. It is what it is. I don't look at it like that.

We got pressure. We expect to compete for and win championships at Virginia Tech. I understand that part of it. What number of wins and all that sort of stuff, ya I understand those are important, and they're important to me too, but I don't put pressure on myself to reach a certain number. I put pressure on ourselves to continue to develop these young people and continue to put the best product we can out there on the field.

TKP: What does a successful 2019 season look like to you?