Thoughts on, among other topics, the departure of DeJuan Ellis, Keshawn King and the Hedgehog Concept. 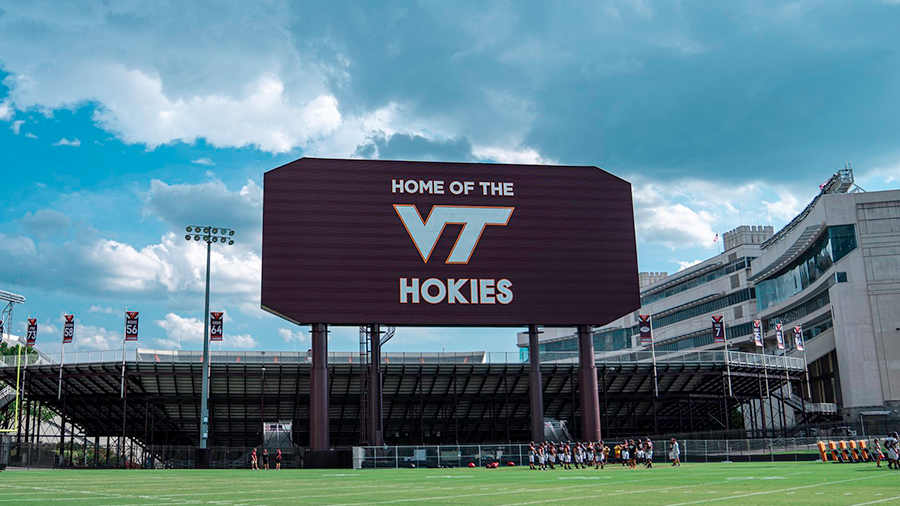 King me. The camp buzz around Keshawn King is humming hopefully at peak preseason levels.

"Explosive," said Fuente when asked for his initial impression of King. "Had a couple nice runs in the scrimmage. He's not scared. He pours it up in there. He's got some elite quickness. He's been fun to watch so far, we've got a lot of work to do with him, but he's had a good camp thus far."

That's a five-star Amazon review right there. After the 2017 season, Fuente critiqued his running backs for not making the unblocked hat miss enough. And that's a fair criticism of last year's squad too. King has the vision and athleticism to thrive in a spread attack. And make no mistake, the Hokies would benefit from the 5-11, 182 pound freshman tailback bursting onto the scene and stealing substantial carries. (The fine print specifies such prerequisites as: blocking and learning the playbook.) A program that had an embarrassing amount of riches carry the ball — Ryan Williams, David Wilson, Kevin Jones, Lee Suggs, etc... — has not had a one-thousand-yard rusher since Travon McMillian (2015, i.e. pre-Fuente). The 247Sports Composite 4-star (0.8925) has the talent to change that, and it is long overdue.

DeJuan Ellis decommitted and it was not a clean break. The transfer portal is the newest layer of college football personnel management. It provides unprecedented power, leverage, and flexibility to the players to put their best interests first, and frankly that's a good thing. But there have been some messy splits, not unique to Tech, that ooze out through social media. These are since deleted Tweets from Ellis' mother and father, respectively.