By the (Advanced) Numbers: A Gloomy Forecast Against the Hurricanes

Virginia Tech will need the ball to bounce its way in order to knock off significant favorite Miami. 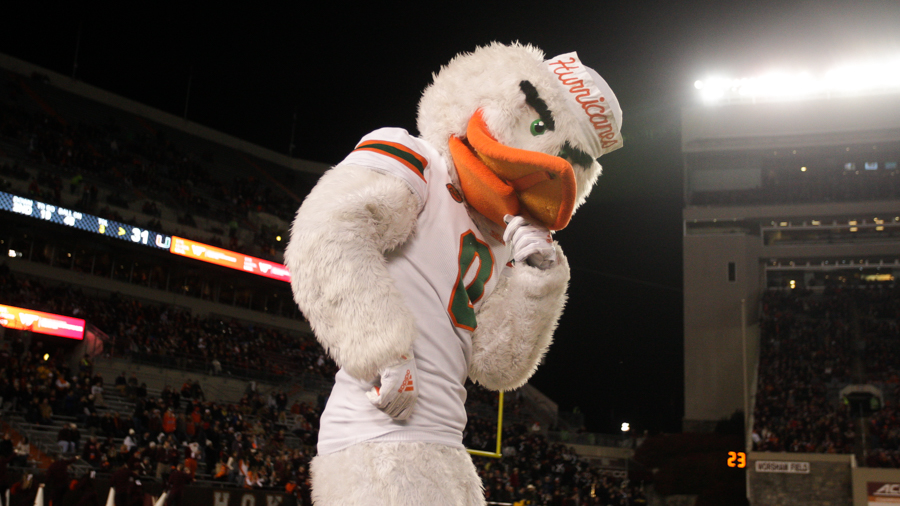 I'm just going to go ahead and get all the negativity out right here in the intro, and use the rest of the column to try to provide some perspective for how the Hokies might knock off the Canes.

Let's start with the "it's not that bad" narrative expressed by some. By FEI, Virginia Tech is the 96th best team in the country. Only three Power Five teams rate worse (Arkansas, Oregon State, and Rutgers). But even that is generous to Virginia Tech: preseason projections still account for 29% of the weight, and the ratings don't include FCS games (the narrow defeat of Furman is excluded). I suspect that by removing those two factors, the Hokies would currently rate as perhaps the worst performing Power Five team in the country. Come up with all of the excuses you want, there is no way to justify the Hokies aren't among the worst teams thus far.

Then consider the argument Tech is young and needs time to develop. While there is truth to the fact that the team is "young", many of those statistics are based on redshirt years and eligibility rather than true time with the program. For instance, it is all too convenient to ignore the year in the program for a redshirt sophomore — a third year player. According to Phil Steele, Virginia Tech is tied for tenth in the nation and first in the ACC with 16 returning starters this season. Tech's FBS opponents to date this season rank 73rd, 116th, and 116th.

Finally, there's the recruiting angle. The 2016 class, which Justin Fuente was hired at the tail-end of the cycle, was ranked 8th in the ACC per the 247Sports Composite. Since then Fuente signed the #4, #5 and #3 rated classes. Those are the players comprising the 96th best team in the country and worst in the ACC. The picture doesn't get prettier moving forward. The 2020 class has tight numbers and multitude of missed opportunities. Regardless, putting this on recruiting is ridiculous. Given the current coaching, culture and play-calling, the top rated ACC class each of those years would be unlikely to even challenge for the division.

The team has played terribly and there is no apparent change in sight that will turn the ship around and at least deliver a mediocre on-field product.

Now that the negativity is out of the way, let's get positive and talk about where the Hokies stand against the Canes and how they might pull off a win.

Virginia Tech is currently 2-2. The actual and predicted score difference and odds of winning each game are: 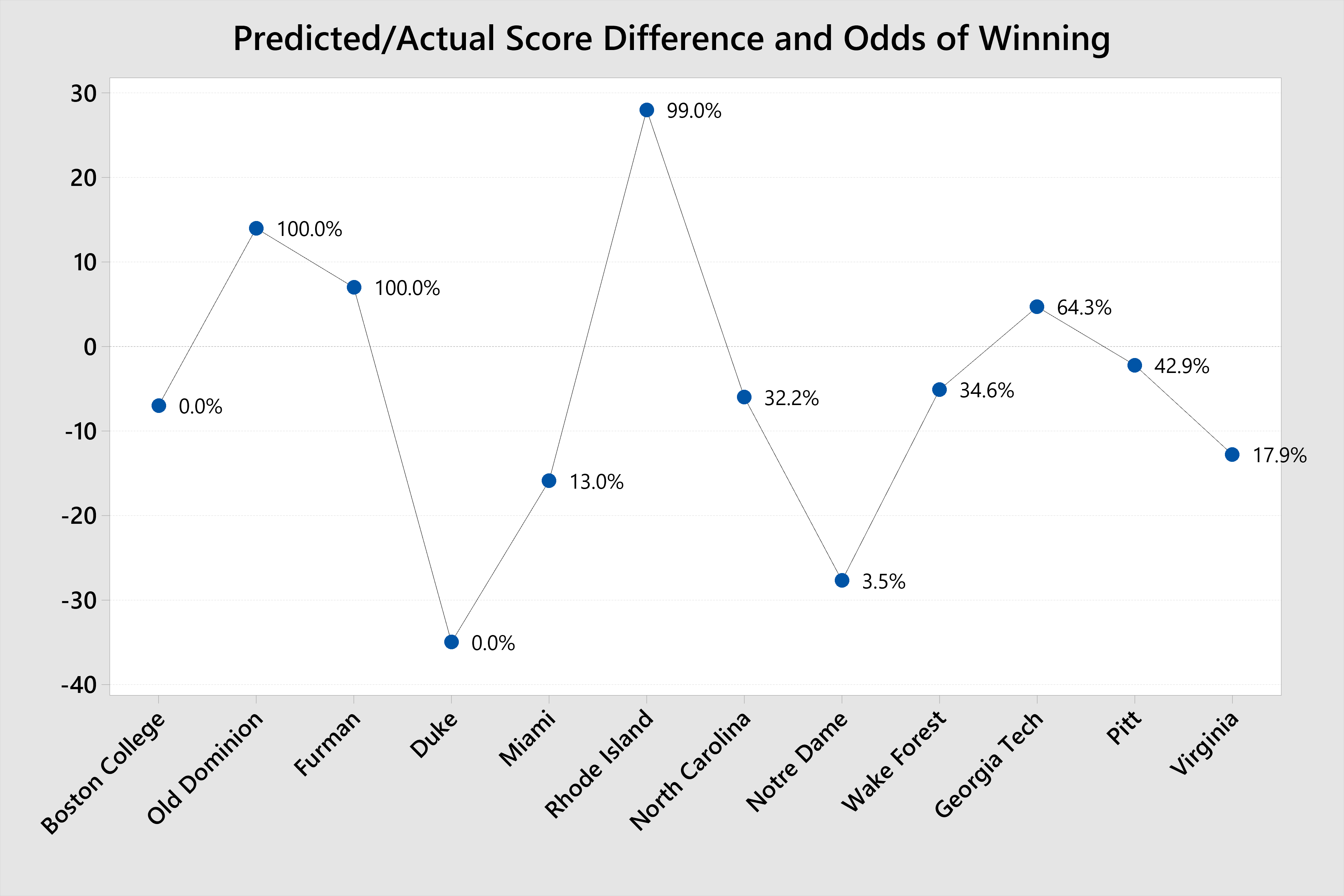 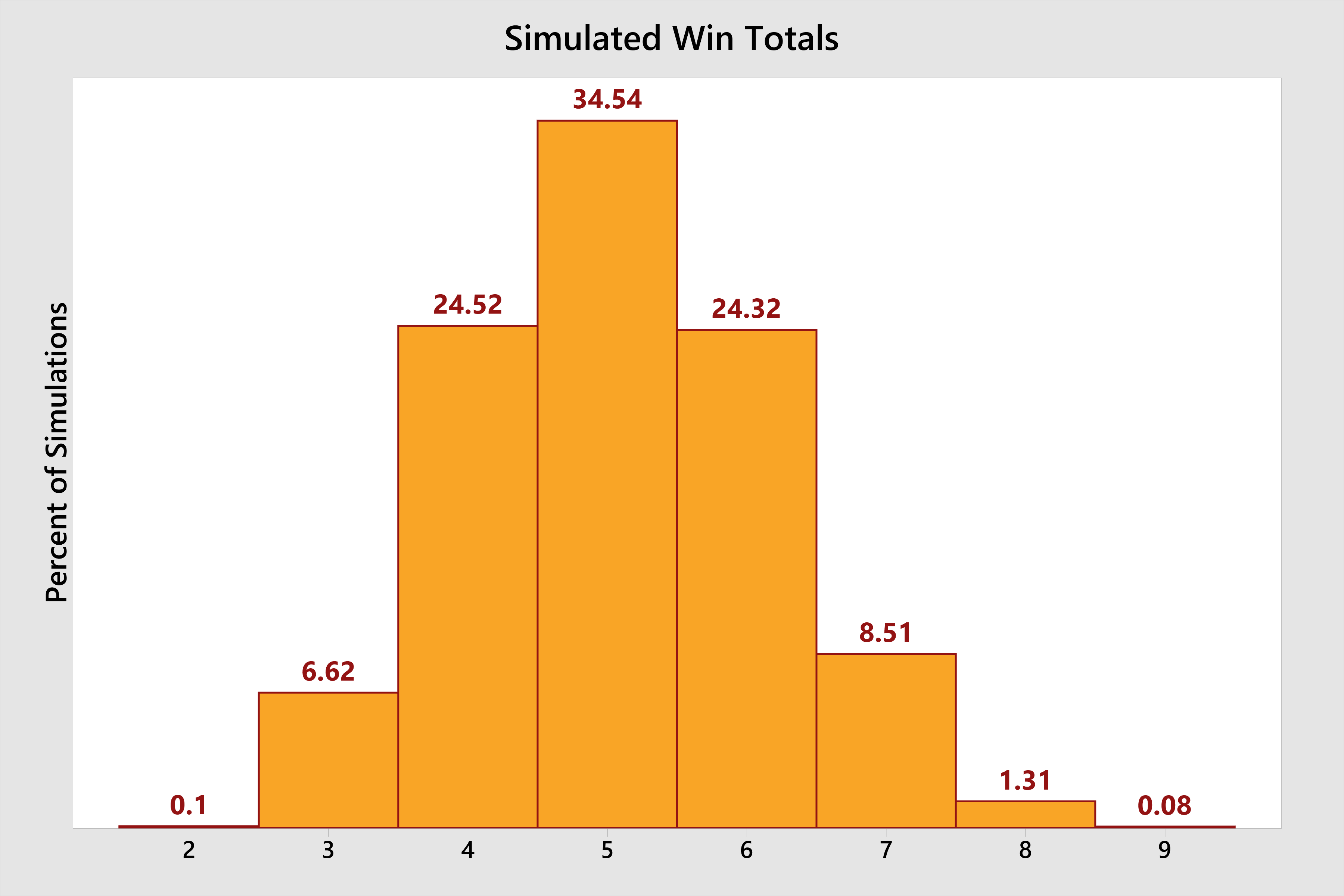 The great thing is that there is a very low chance that we have seen the Hokies' last win for the season. They are highly likely to deliver at least one more. Even better, although just about every other team is the favorite against the Hokies, the odds of each aren't so overwhelming that an upset feels out of reach for most. For many years Hokie fans rarely got to experience the thrill of knocking off a favorite because they were the favorite.