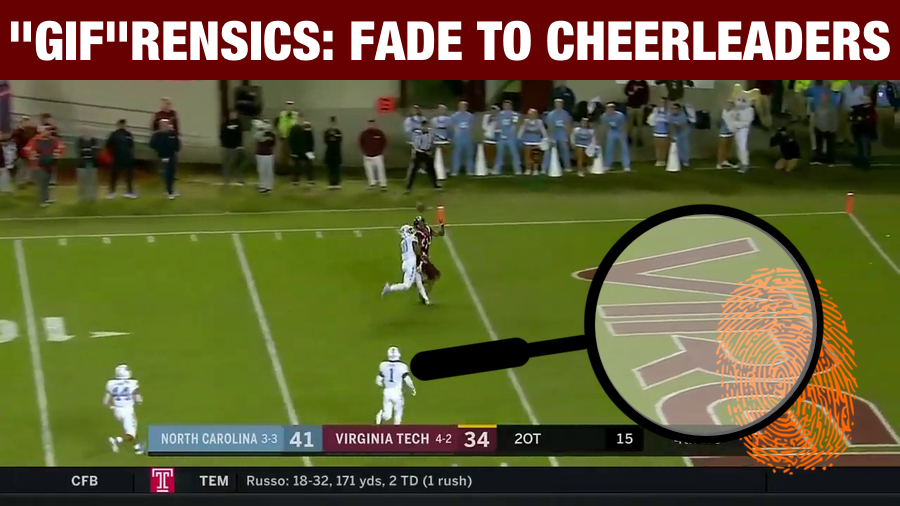 Let's take a deeper dive into what truly makes the special plays special. Yes, there is the joy of watching a play that coaches have been setting up throughout the game, like Tre Turner's touchdown off of the fake screen, unfold. Or seeing a certain player just physically outperform an opponent or drop some uncanny bit of athletic skill that doesn't seem humanly possible, like how low Norell Pollard got on his mini-bike sack celebration. But truly, the part that makes it all worth it is seeing the looks on everyone's faces right after the amazing happens. And I know that everyone likes when French writes about an "Inverted Veer", or an "RPO" or a "Linebacker" and all that technical stuff, but what about when we need a SERIOUS breakdown of the film? That's right, we're going to revisit a key play from GIFTORY and analyze the frames.

Yeah, yeah, dime, one-handed catch, great. But look at EVERYTHING ELSE! 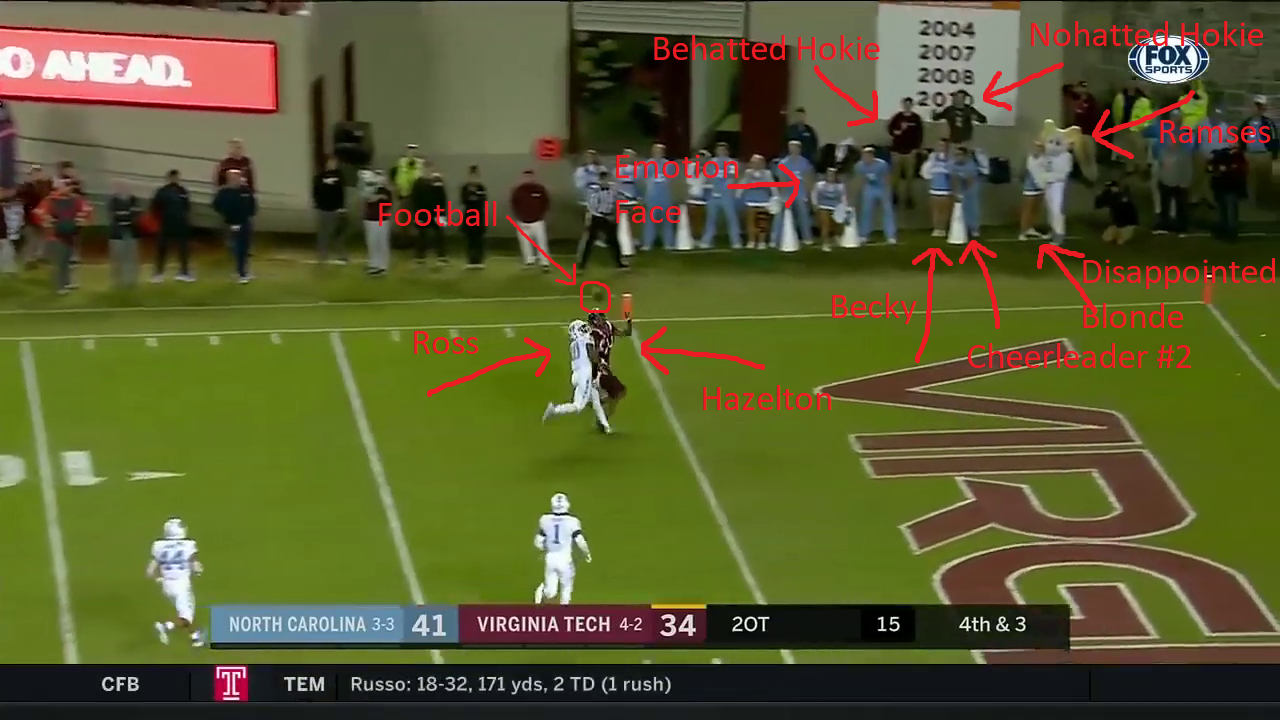 Let's step back, set this up and review the cast of characters.

Damon Hazelton: Played the role of the villain last week, embraced the redemption path this week, has a step on Greg Ross.

Cornerback Greg Ross: He is either trying to put Hazelton in an arm bar OR singing "I Want to Hold Your Hand" to him.

Cheerleader #1: AKA Disappointed Blonde Cheerleader, who is a little too close for comfort to an anamorphic sheep

Cheerleader #2: The weight of the world is upon this young man, and he is forced to lean most heavily upon his megaphone

Cheerleader #3: AKA Becky, she is NOT happy with you, and if you don't know why, she's not going to tell you

Cheerleader #4: Probably the star of this melodrama, let her also be known as the Emotion Face Cheerleader

The football: You may think he is the only player in this cast of characters that has no say in what will happen next, but in truth, he sets all the actors in motion and they are powerless to do anything other than what he commands 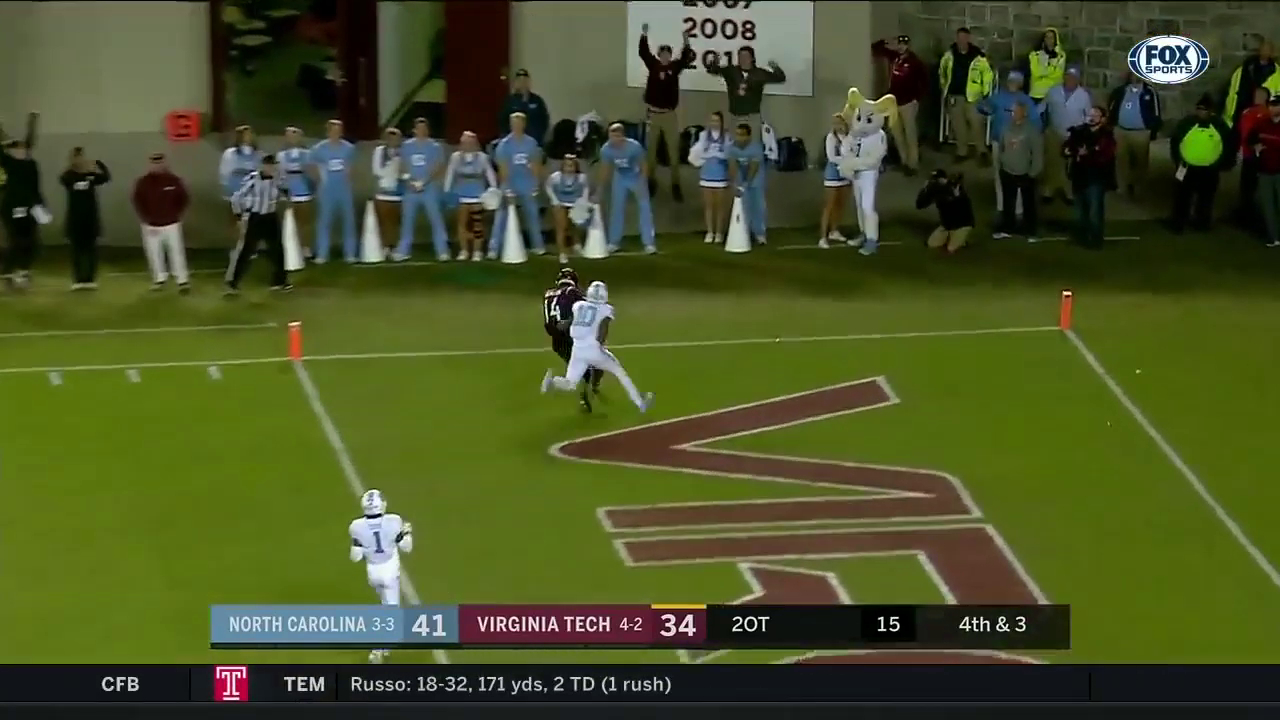 At this point, you can clearly see Hokies Fans #1 AND #2 have now effortlessly moved from pre-celebration to full on celebration. Emotion Face Cheerleader seems to be screaming at Hazelton in an effort to disrupt his concentration, but young Master Hazelton has grown tired of the meaningless distractions of this world, and her screams bother him no more than Mr. Ross's uncomfortable attempts to get to second base with him. Hazelton looks down upon this football in his single arm and cradles it, lovingly, for only the football knows what is in the process of being unleashed.