By the (Advanced) Numbers: A Pitt Closer to an ACC Coastal Crown

The Hokies must limit a bad Pitt offense's amount of available yards in order to extend their winning streak.

Four games into the season, the Hokies' chances of making a bowl game stood at just over 10%. At the time, most Virginia Tech fans, onlookers and pundits concluded the most likely outcomes of Tech's 2019 season were either a $15 million buyout of Justin Fuente's contract or a lame duck 2020 season.

Fast forward a quarterback change later, and there has been improvement across the board. It's not only quarterback play that has improved dramatically, but Tech is playing with confidence and motivation not seen in some time. Not only will the Hokies make a bowl game, they've somehow managed to do so with two games remaining in the season. Additionally, they control their own destiny in the ACC Coastal division and it is not out of the question that Tech could face Clemson in early December.

The first of two teams standing in their way is Pitt, and the Panthers seem to nearly always have the Hokies' number regardless of ranking or ability.

Can Virginia Tech get revenge on last year's 22-52 thumping, what Bud Foster referred to as a manhandling, and make the clash against Virginia the de facto ACC Coastal championship game?

Virginia Tech is currently 7-3. The actual and predicted score difference and odds of winning each game are: 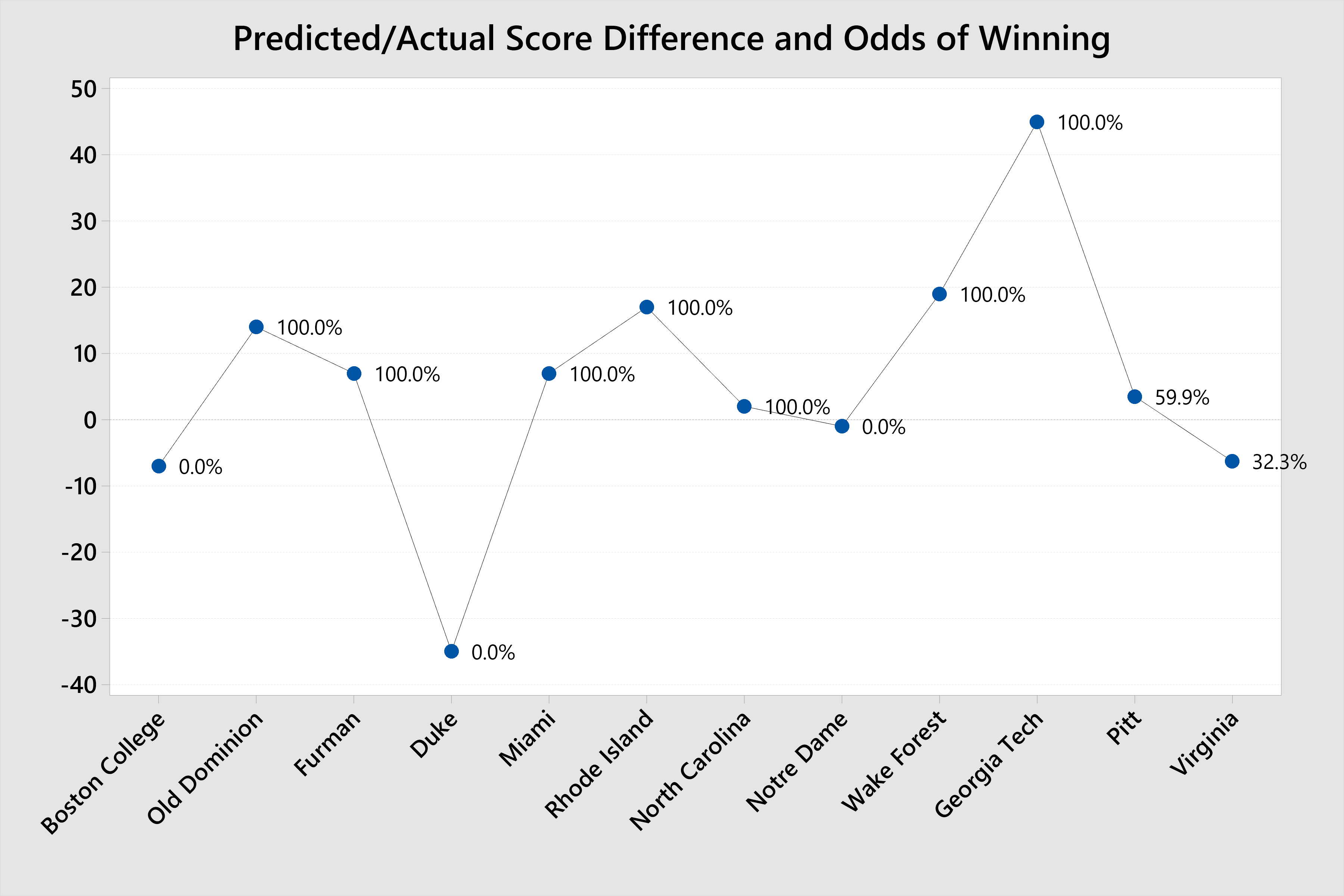 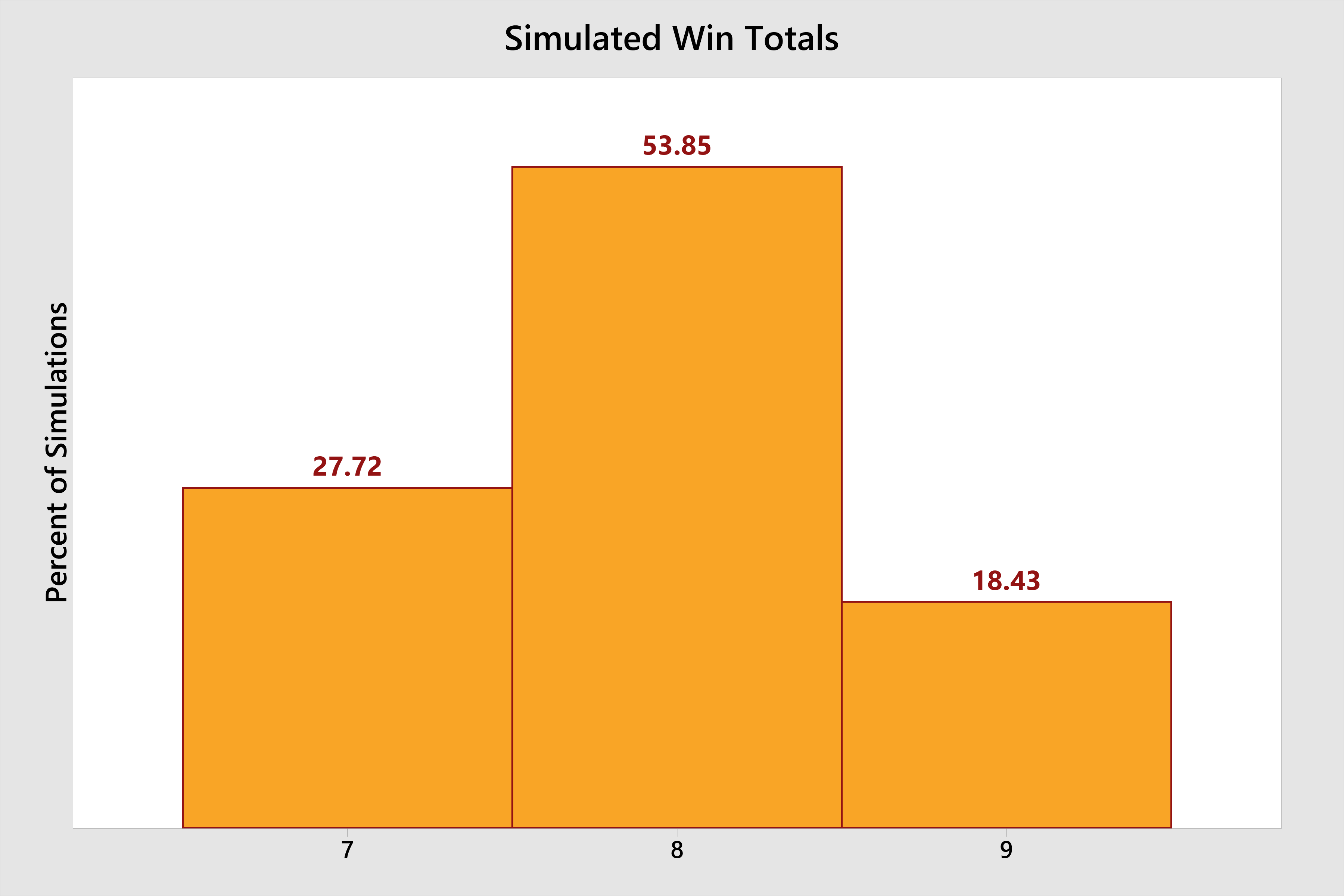 While simulation still gives the Hokies only an 18% chance of winning out, the actual number is likely somewhat higher given that computer ratings include ALL games in the season and not just those since Hendon Hooker took the reins behind center. Still, it wouldn't be fair to say it is likely the team wins out but it's certainly not unreasonable.