By the (Advanced) Numbers: Bowlin' With the Wildcats

Kentucky travels to Charlotte with one of the nation's most dependable rushing attacks and the Hokies must derail it for a chance at victory.

I for one enjoy all the bowl games, and have no problem with more than half of FBS teams playing in one. Think it's something to be earned and want a higher bar, then there's the playoff. Otherwise, it's a bonus game against at least a decent non-conference opponent you had no idea your team was playing against a month ago. It is also extra football between teams you don't cheer for, and if you can't enjoy that get off my lawn.

Virginia Tech's unexpected matchup is against the Kentucky Wildcats, an SEC foe that is not geographically far away and should bring some fans to the game.

Virginia Tech is currently 8-4. The actual and predicted score difference and odds of winning each game are: 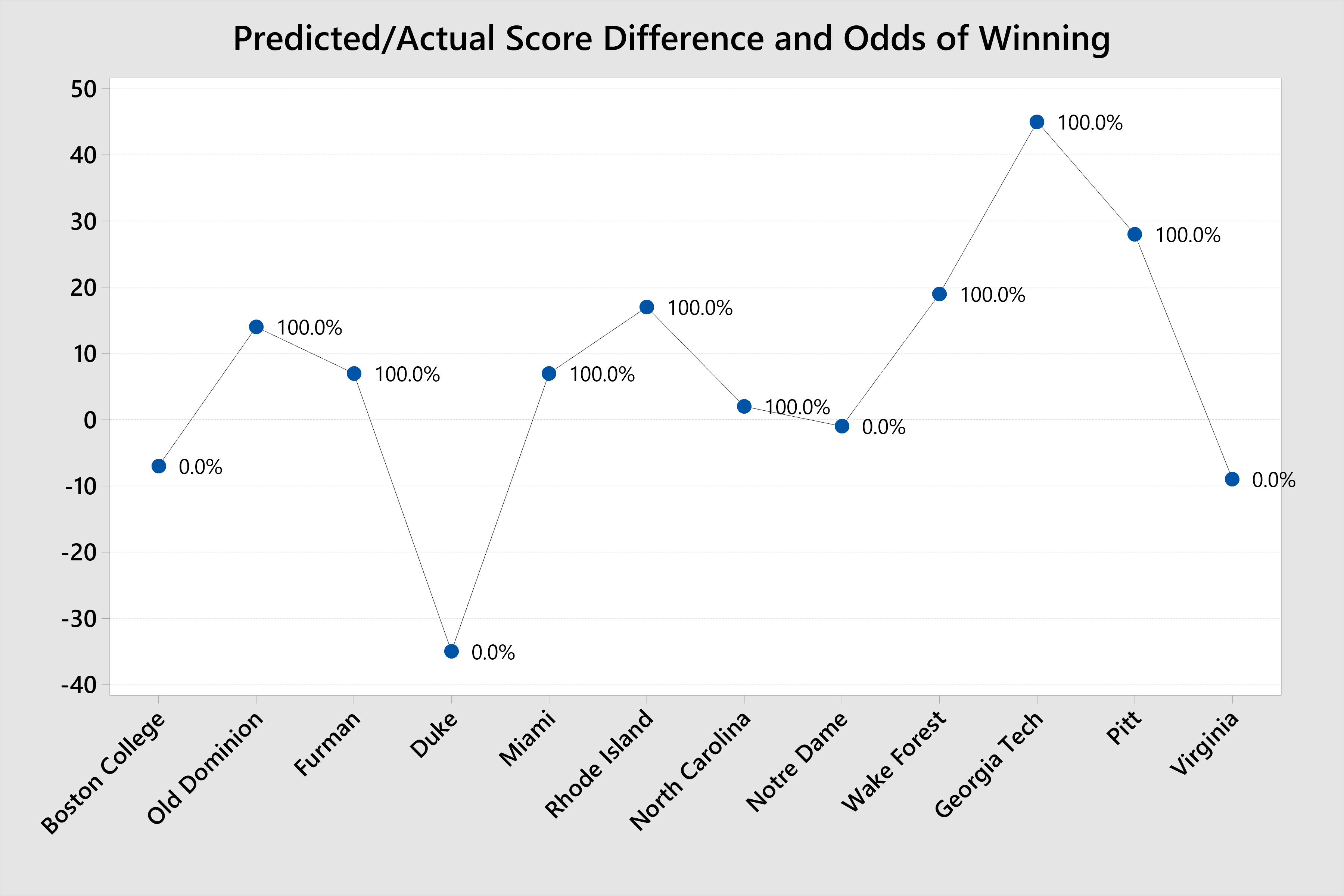 Against one of the easiest Power 5 schedules in the nation, the Hokies managed an 8-4 record. It would be convenient to say Notre Dame was nearly a 9th win, but conversely North Carolina was nearly a 5th loss. If you want to be pessimistic, that's a mediocre-at-best performance against a very manageable schedule that, combined with a small recruiting class, is not likely to improve considerably in 2020. If you want to be an optimist, things looked considerably better after Hendon Hooker took over at quarterback and most of the team returns next season including Caleb Farley, a player who may have been the difference maker against Virginia.