The Hokies last played the Wildcats in 1987. Catch up on Virginia Tech's bowl opponent with this completely factual, and not at all embellished or completely falsified history of Kentucky. 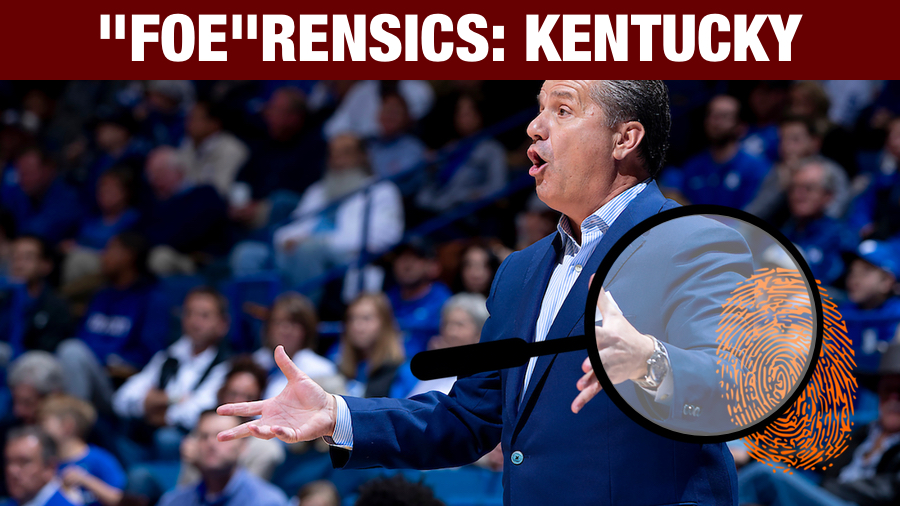 Hello! Season's Greetings, TKPers! It's the most wonderful time of the year where once again, everyone's beloved Hokies are rewarded for their performance this season with a trip to an equally impressive location to take on a marquee opponent commensurate to their exploits this fall in a bowl sponsored by a store that sounds like the word for throwing up in your mouth. That's right, they're going to...Charlotte! And a quick Google image search of Charlotte leads to...

Charlotte, why the hell do y'all have a statue of Vladimir Lenin?

1. All praise the father of the glorious revolution. How did the season end?

A. The first rule of losing the Commonwealth Cup is we DO NOT TALK ABOUT LOSING THE COMMONWEALTH CUP. My LOLUVA neighbor, who has claimed for years to not actually care about football and suggested that they disband their feeble program, texted me within MINUTES of the game ending, which is an impressive response time to something she doesn't care about. I congratulated her and said well, if the Hokies can only win 15 out of every 16 games, I should let her enjoy that 16th game as much as she can. For some reason, she did not appreciate my consideration of her feelings1.

More importantly, the Hokies beat a ranked Wake team by three touchdowns and then proceeded to blank Georgia Tech and the Salty Narduzzis by a combined score of 73-0. I enjoyed those games.

2. So Virginia Tech heads to Charlotte to play...?

A. The University of Kentucky Wildcats! Don't be fooled by the fact that they are the SEC version of Duke and North Carolina, claiming superiority in basketball of the rest of the conference as an excuse to be terrible at football. They are a TRUE SEC program. They were once coached by Bear Bryant and retroactively claim a National Title from the time he was there which no one recognizes. They DID win the SEC that year, one of two titles they have, the last coming in 1976, which they shared with Georgia because Mississippi State forfeited their win against Kentucky. They WOULD'VE won in 1977, but they were under probation, in true SEC fashion. Win, or at least SAY you won, by any means possible! IT JUST MEANS MORE.

3. If ya ain't cheatin, ya ain't tryin. Tell me more about this Kentucky.

A. Well, it was originally a county within Virginia. It was sparsely populated because it was far away in the mountains and it was hard as hell to get anywhere back then. During the Revolutionary War, Samuel Kentucky forced his elder son, John, to serve in the Continental Army whilst his brother Ben was a loyalist with the redcoats. He was attempting to ensure that while one of his sons would likely either die a traitor or be banished from his homeland forever, depending how the war turned out, at least one of them would be able to inherit the family holdings in Albemarle County. John was on George Washington's staff, a position he earnestly negotiated for because he was scared of everything and wanted to avoid battle. When the army was getting ready to load up to cross the Delaware to attack Trenton, John first said he forgot his musket back at camp. When someone produced an extra one, he then claimed he forgot to send off some of Washington's correspondence that totally needed to get through to coordinate, uh...reinforcements! Yeah! For the battle! And so he galloped off pretending not to hear Washington calling after him to get his lazy ass on the boat. Washington's opinion of John thereafter has been captured for posterity:

4. Huh. Then what happened?