Replacing Farley: Can Transfer Devin Taylor step in at Corner?

Virginia Tech added an all-conference FCS transfer. Film breakdown of how he fits in for the Hokies and assessing the pros and cons of his tape. 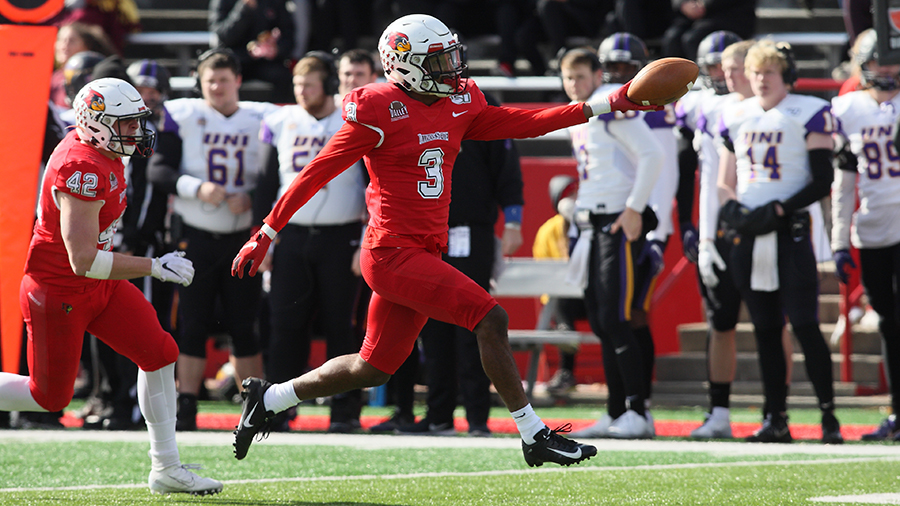 Virginia Tech suddenly found themselves short of experienced cornerback depth after Caleb Farley opted out of the 2020 season. Jermaine Waller is a proven commodity. Armani Chatman is the next man up, but struggled in some key moments at the end of the season against Virginia and Kentucky. Brion Murray had a solid game against Kentucky. Nadir Thompson, Ny'quee Hawkins, and incoming freshman Dorian Strong are still unknown commodities.

As a result, Virginia Tech utilized the cancellation of most FCS level fall seasons to identify high upside experienced transfer corner prospects. At 6'1", 200 pounds, Illinois State transfer Devin Taylor fit the Hokies' profile for a long, playmaking corner who demonstrated the ability to handle man-to-man coverage. After a short recruitment, Taylor committed to the Hokies over the weekend.

Taylor brings an impressive resume to Blacksburg. As a junior in 2019, he led the Missouri Valley Football Conference with 24 passes defended plus a league-high 19 breakups. He earned first-team all-conference honors. Moreover, footage surfaced of him covering former All-Pro wide receiver Antonio Brown one-on-one, demonstrating his quick hips and that he could physically track Brown.

With that exciting teaser, I was hopeful to see a potential star for Virginia Tech when I sat down to analyze his game film. However, the tape painted a different picture.