Thus far Bud Foster's successor has had an up-and-down year in his first season as defensive coordinator. 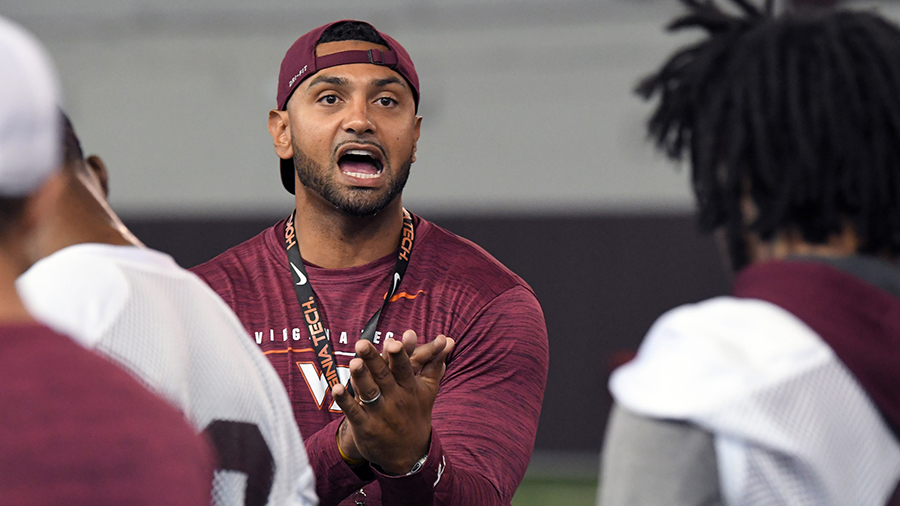 Justin Hamilton's first year as a defensive coordinator has been all about rolling with the punches. Think of it like the McDonald's dollar menu, he says.

Sure, it may not have exactly everything you want on offer. But sometimes, you make do with what you can get — and it can still be pretty tasty.

"You've got a whole menu you'd love to be able to serve, but coming into the week, you might have to go to the dollar menu and pick the things you know your guys can do," Hamilton told reporters Tuesday, his first meeting with the media since he was promoted to fill Bud Foster's very large shoes nearly a year ago.

Hamilton offered that analogy to describe how, exactly, he's been able to cobble together a defense amid the constantly evolving needs of the pandemic, but the coach has had a real dollar menu of a first season, in many ways. There have been some tasty morsels — just look at the wins over N.C. State and Duke with depleted secondaries, or the birth of his third child — but there's been some heartburn too.

The results on the field haven't always been pretty, as exemplified when the team allowed 56 points to UNC. And Hamilton missed those early season contests because he'd contracted coronavirus, he revealed Tuesday, keeping him apart from both the team and his family.

"It was the most challenging time of my professional life," Hamilton said of his two-week isolation. "That's as a player or a coach."

The number 6 hokies wrestling look to defend Cassell against a pack of Panthers
APrimusHokie, 01/26/23
2 hours (61)