The Hokies' new-look defensive staff is still finding its footing, but can lean on plenty of experience. 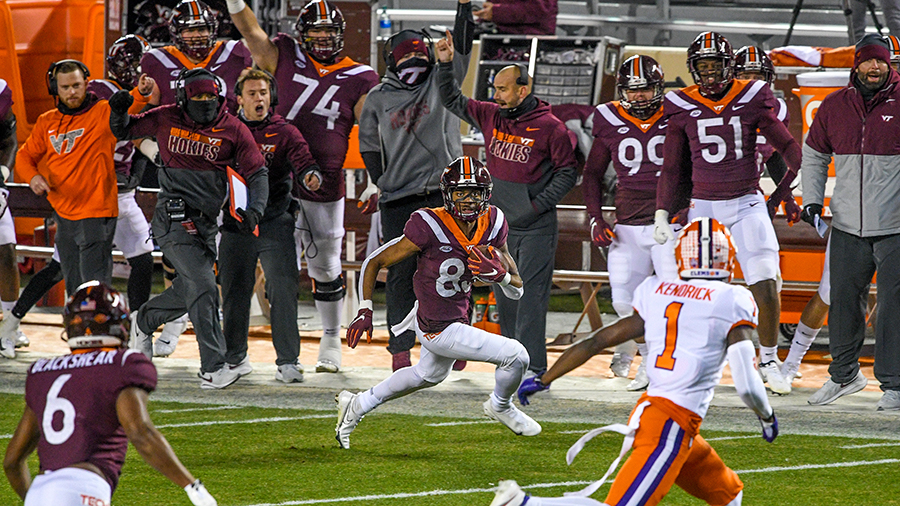 Co-DL coach Bill Teerlinck, middle, is still trying to adjust to being the 'new guy' in Blacksburg. [VT Athletics]

Bill Teerlinck and Jon Tenuta are very much still the new guys in the room among the Hokies' defensive staff. Luckily, both of them have long histories with the head Hokie to lean on as they adjust to life in Blacksburg.

Teerlinck can remember his days coaching at Illinois State with Justin Fuente 15 years ago, alongside other current Tech assistants like Vance Vice, Jafar Williams and Brad Cornelsen. Since they were all just starting their careers, they grew close (and virtually lived together, given the demands of the job).

"After games on Saturday, we'd say, 'We're all going to be playing in the big games,'" Teerlinck recalled to reporters Wednesday. "We're going to be doing it together."

Teerlinck certainly proved to be prophetic, considering he'd end up sharing a sideline with Fuente as co-defensive line coach last year. But that memory pales in comparison to how far back Tenuta, Tech's new senior defensive analyst, goes with the head coach.

Back in 1995, Tenuta was coaching defensive backs at Oklahoma and running the scout team on the side. That's where he remembers encountering an "outstanding player," who was "the guy in Oklahoma, quarterback-wise" — Fuente would become his scout-team QB before his short-lived career as a Sooner starter.

"I always kind of took care of him on the scout team," Tenuta said. "He did exactly what he was supposed to do, and he really had an arm."