With their ambitious fundraising plan, the Virginia Tech administration's goal is clear. It's time to climb back up the mountain, but there's no looking back down. 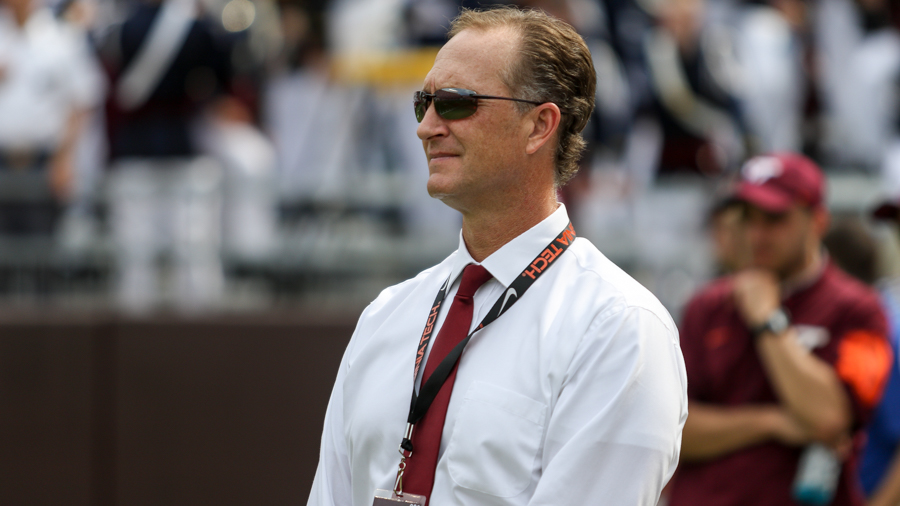 The Hokies — defending ACC champions equipped with an NFL-caliber running back and a new, highly touted quarterback — were ranked 11th in the country and looking to take advantage of another criminally easy conference schedule. Their lone challenge, it seemed, was facing off against a recently revitalized program looking to turn the corner from "could be good" to "will be great".

No. 13 Clemson came to Blacksburg ready to make their mark on the rest of the conference for the first time in nearly 20 years. And if they were looking for a fight, well they didn't get much of one.

The Hokies repeatedly tripped over their own feet, giving the Tigers chance after chance until they eventually pounced. Tech lost 23-3, an embarrassing showing on national television that was made worse by the fact that Clemson just looked...faster. For years, Frank Beamer's squad may not have been the biggest or the fastest, but they had enough speed and strength to create problems for just about everyone else in the country.

But this was different. Receivers couldn't shake free, the line couldn't open up holes. Logan Thomas was routinely tracked down in the open field by Tiger linebackers. The takeaway felt pretty clear, Clemson had the talent plus Chad Morris' new scheme. If they were ever able to put it all together, they'd be a problem.

And though the two met again in Charlotte to play for the ACC title, it was really just the sequel to the first matchup. The Tigers dominated the fifth (!!) ranked Hokies, earning their first Orange Bowl berth since 1981.

It unsettles the soul a bit when you realize this all happened a decade ago. If you were there, it feels like the Hokies were just sitting atop the ACC, swatting away hopeful contenders one conference title game at a time. But in the 10 years since, Virginia Tech has won just 58% of its games, with a record of 67-49, put up only one 10-win season and fell from a must-view national program to an also-ran clinging to old fashioned delusions of grandeur.

We don't need to relitigate the path to this point, from October 2011 to today. But let's just say there was a long and arduous series of mistakes made by multiple decision makers to arrive here. It doesn't really matter who miscalculated — it's an amalgamation of different eras of coaches and administrators — but collectively they put the program in a hole that's been near impossible to dig itself out of.

That is until Whit Babcock and Tim Sands announced the kick off of the Reach For Excellence campaign, an ambitious, $400 million fundraising effort to catapult Virginia Tech athletics into the top third of spending in the ACC. It strives to raise money for just about everything Hokies fans have talked about over the last five years: Cassell Coliseum renovations, continued Hokie Club growth, the ability to specifically choose a project to donate towards and the big one. A $30 million football enhancement fund, designed to push Hokie football into the future: