The Hokies head into their bye week at 3-1, but what does the rest of the ACC slate have in store for them? Plus questions about the pass rush, offensive line, and a quarterback who's not on the roster anymore. 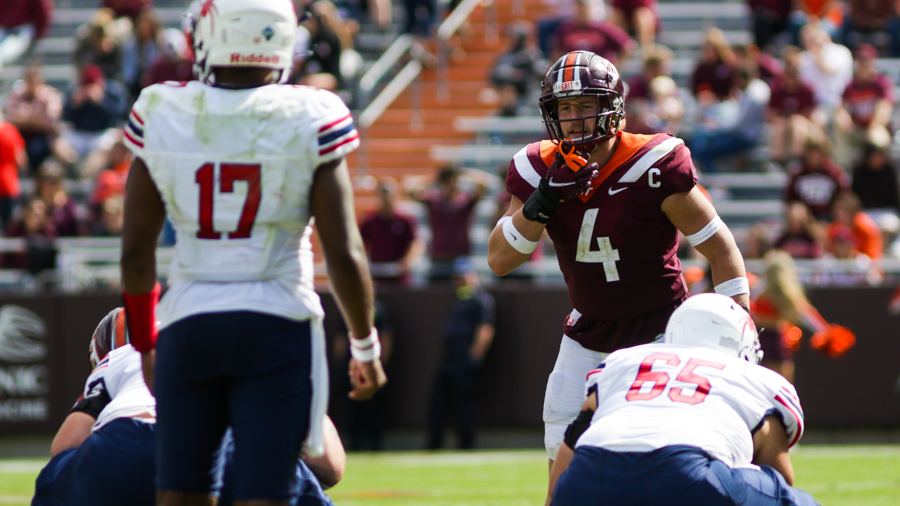 As the Virginia Tech football team heads into their bye week at 3-1 (1-0, ACC), it provides the perfect opportunity to pause and reflect. If you had come to me in July and given me the option for this team to be exactly where they are now (with guaranteed wins over UNC, Middle Tennessee State and Richmond, and a loss to West Virginia), I'd have taken it. I wouldn't have been thrilled about a loss in Morgantown, but I'd have accepted it as one of the better possible scenarios (and I know many Tech fans who would've taken the same).

But if dealing with the devil has taught us anything, it's that you should be careful what you wish for, because you just might get it. The Hokies have three wins, including a banger of an opener against the Tar Heels, and yet the fan base is in as much turmoil as ever.

The offense hasn't been productive, everyone on that side of the ball is under a microscope and fans are already plotting who should take over the program in December. But if the ACC has taught us anything, it's that seasons are long. And what you assume is going to happen in September almost never actually comes to fruition once winter rolls around.

So since Tech's regular season is one-third of the way through the books, let's take a deep breath and ask a few important questions about this team. 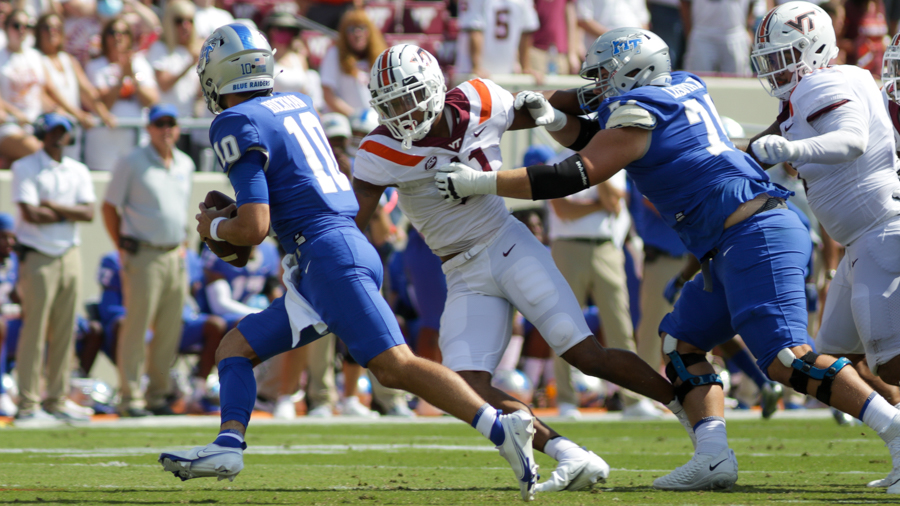 What a difference a year makes. Barno was a wrecking ball in 2020, he piled up 16 tackles for loss and recorded at least one TFL in every game outside of the opener against NC State. His play was one of the biggest reasons the Hokies were able to hold on against Duke, and he seemed to get better as the year wore on.

And at the start of 2021, it looked like the preseason All-ACC pass rusher picked up where he left off:

Six tackles, 3.5 TFL, 1.5 sacks, a forced fumble and one active participant in turning Sam Howell's evening into a nightmare.

But part of Barno's production in the opener came from a brilliant strategy from the Hokies' defensive braintrust. Instead of rushing the passer on every down, Barno backed off and spied Howell. Whenever the Carolina QB wanted to make a play out of structure — something he often does — Barno used his world class athleticism to make a play.

That's great. It's a brilliant surprise by Justin Hamilton, and Barno completely erased Howell's ability to make plays on the move. But since week one, he has compiled the following stats:

So, let me ask this in the smartest football way I can: uh...what's the deal?