After a few long weeks, Virginia Tech is set to take on Notre Dame. Here are three reasons the Hokies can hang with the Irish. 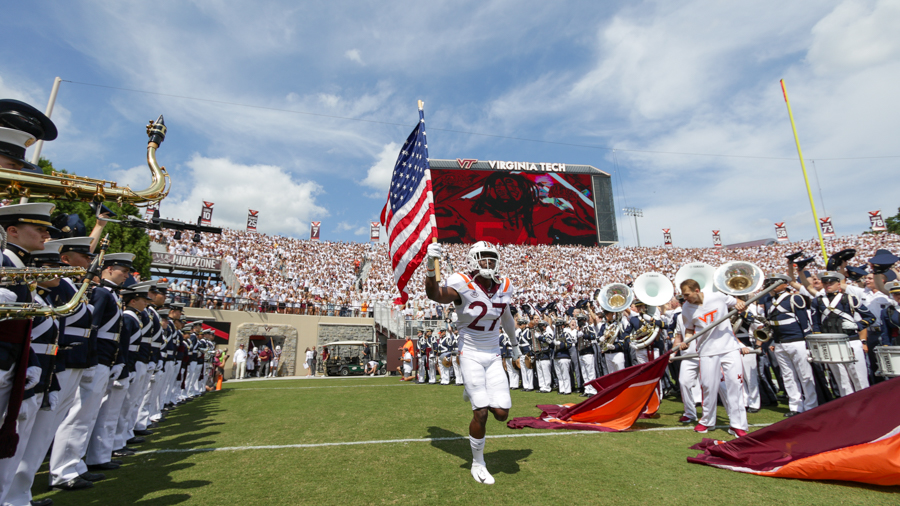 In my real job, we often talk about a company's RTBs.

I won't bore you with a lecture on advertising — because in my experience, nothing, and I mean NOTHING makes people tune out faster than ad chat — but RTB stands for "reason to believe". It's whatever makes a company stand out. Whatever it does best, from unparalleled customer service to picking only the ripest bananas.

And after hitting the bye week off of a poor offensive performance against FCS-level Richmond, it became clear that Virginia Tech fans need a few reasons to believe in their team as they head into a primetime matchup against #14 Notre Dame.

Now, I'm not a magician. I can't conjure up something to make you feel better about the season as a whole. That's between you and whatever maroon and orange-clad deity you pray to. But looking at a manageable Irish team, let me tell you why the Hokies have a chance to take down Notre Dame in Blacksburg on Saturday:

RTB #1: This one won't be a barnburner

The Hokies, as currently constituted, aren't built to go score-for-score with a high octane offense. If we're being honest, they're hardly built to score at all. But they can score enough to survive in a defensive battle against another team with issues putting up points.

And Notre Dame has had all kinds of issues with production on the offensive side of the ball. The Irish put up plenty of points in week one against a porous Florida State defense, but averaged just 1.9 yards per carry and gave up four sacks and nine tackles for loss.

And that night in Tallahassee — all 1.9 yards per carry of it — was their best offensive outing of the young season (6.16 yards per play). The next week, the Irish played with their food, turned it over three times and almost lost to Toledo. They then averaged five yards per play against a mediocre Purdue squad, and looked downright dreadful against Wisconsin (don't let the 41-13 final score fool you, Notre Dame was losing 13-10 in the fourth quarter before three non-offensive touchdowns turned things their way).

Four wins, four subpar offensive outings. Notre Dame was begging for a disruptive opposing defense to have their way with them, and that's exactly what Cincinnati did. The Bearcats held the Irish to just 4.6 yards per play, turned them over three times and allowed a completion rate of just 50%. Not to get too Xs and Os about it, but Cincy kicked their ass.