Should I Watch Virginia Tech or ...?

As Virginia Tech toils through another season, we explore alternative activities this fall if you'd rather not watch the Hokies. 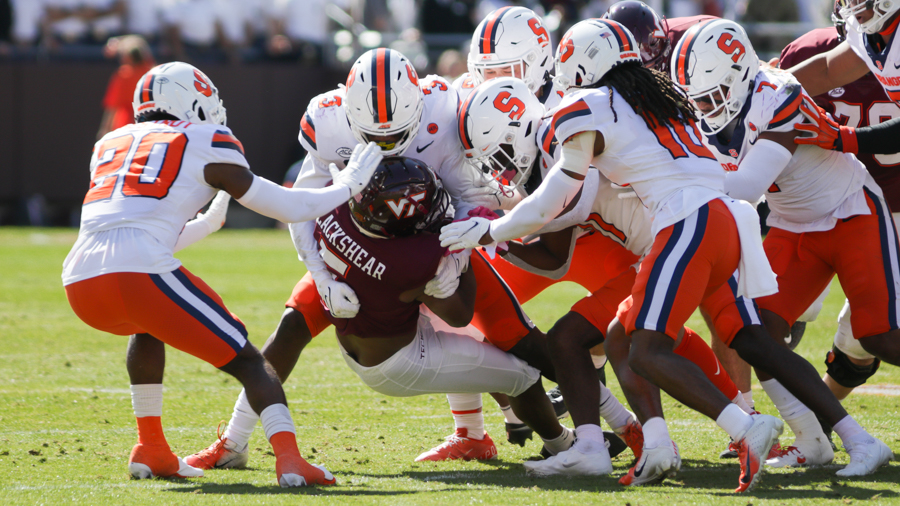 I have something to confess to y'all.

I didn't watch a second of Virginia Tech's 41-36 loss to Syracuse. I didn't see a play in real time, and only checked in on the score once in a while when friends told me it was close. I truly opted out entirely.

Instead, my wife and I — both of us diehard Hokies, by the way — traveled to College Station to watch Texas A&M play South Carolina. We moved to Austin a few years ago, and have wanted the chance to take in an Aggies game while living so close. (Kyle Field is a little less than two hours away from our apartment.)

We went over, enjoyed an excellent game day experience, drank some beers, checked out what A&M had to offer and watched them roll the Gamecocks. And before you ask, no I don't think Shane will do enough to get the Tech job, or probably any other head coaching job after his time in Columbia. It was delightful. And to be honest, it was made more enjoyable that Virginia Tech was out of sight and out of mind for most of the afternoon.

I love Virginia Tech, I really do. I've watched nearly every game in some capacity since 1995. But for the third time in the last four seasons, I've found myself emotionally pulling away from the only team I truly root for.

Don't get me wrong. It probably says more about me than it does about "tHe StAtE oF tHe FaNbAsE". This isn't a thesis on fan engagement. I had friends sharing links so they could stay inside and illegally stream a 3-3 Virginia Tech team play Syracuse on a beautiful fall Saturday. I think fan engagement is fine, but sometimes emotional investment can only go so far. The Hokies need to make some organizational changes, and those changes are likely coming at the end of the year. Until they do, maybe it's healthier to do something else with your Saturday.

Again, that's only me talking. No matter how you feel about the coaching staff, the players deserve weekly support, and the more of you who want to ride into these games heart first, the better.

But if you're like me and are trying to figure out if it's worth skipping a fun seasonal event to watch Virginia Tech play Georgia Tech this weekend, I weighed some pros and cons.

Should I watch Virginia Tech or go apple picking?

This one's pretty easy. Both Hokie football and apple picking require spending an entire fall afternoon in what unbiased observers may say is a seasonally popular waste of time. Sure, apple picking sounds fun, but do you know how lame it is to responsibly pick apples?

Because while you could technically pick as many apples as your greedy little for-the-Gram hands want, if we're being honest, how many apples are you really eating in a week? The answer is five, max. So what're you going to do with the rest of them? Are you really going to cook with all of them? No. At the end of the day you end up with a few lunchtime snacks and a horde of fruit flies that will somehow live eight times as long as the apples.

But...at least you're guaranteed to leave the orchard with something.