Virginia Tech parted ways with Justin Fuente. But as they search for a new football coach, what can the next head man learn from the past six seasons? 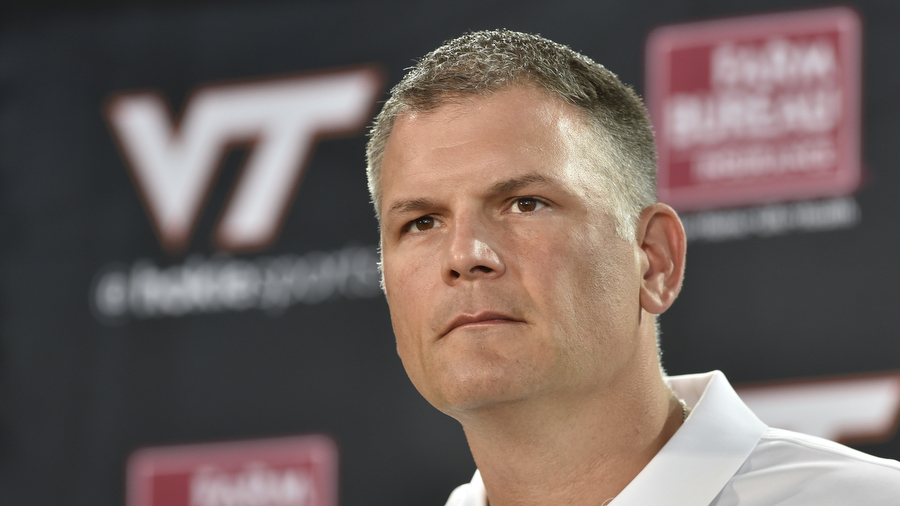 It happened. After 12 months of consternation, Virginia Tech parted ways with Justin Fuente six years after hiring him to replace Frank Beamer.

A lot of people have a tendency to show their ass after someone gets fired, either dancing on a grave or digging in their heels and sticking up for someone who just got paid nearly nine million dollars to not work anymore. But no matter how you felt after hearing the news, the truth was unavoidable: it was time for a change.

The Hokies lack a "consistent team identity", as Whit Babcock so eloquently said in his press conference, and haven't had one for some time. The offense Fuente promised to bring from Memphis never showed up, and his defense fell apart after 2017. No matter if it happened now or it happened after the Virginia game, it became clear to everyone watching that it was simply time for him to go.

In a way, I feel for Fuente. No one wants to take over for a legend, and it takes a special kind of person to drag an athletic department into the 21st century. And yet Fuente was asked to do both.

But it wasn't an impossible job. He inherited NFL talent and a fanbase hungry for a team that wouldn't struggle to score 30 points, and it felt okay for a while. But when it was time to roll up his sleeves and start building, it just didn't happen. He made bad hires, his bad hires made some poor evaluations and those poor evaluations have either transferred away from the program or haven't had the ability to contribute to the team's success. No matter how you slide it, it all comes back to him.

I've said it before and I'll say it again — Fuente did have an immeasurable impact on the Virginia Tech athletic department, it just wasn't on the field. His flirtation with Baylor opened the eyes of some important people in Blacksburg, and the Football Enhancement Fund will put the program on equal footing with the rest of its competitors. In fact, Babcock emphatically stated that the narrative around Tech's financial investment was "dated and tired". If it wasn't for Fuente's dalliance with another school, the Hokies wouldn't be in the position to offer a new coach the kind of support it takes to actually achieve top-25 aspirations and contend for conference championships.

In a twist of bitter irony, Fuente may have given his successor a better chance to succeed than he ever gave himself. But as Babcock and his search committee look at potential candidates to take Virginia Tech to the next level, let's look at the three things the new coach can learn from the old one.

Don't build a wall around the program

Maybe the oddest twist to Fuente's tenure was his seeming disdain for talking to just about anyone. Expecting him to be as warm and welcoming as Beamer was probably a failure on the fanbase's part — it's not like many college football coaches love talking to the media or answering fans' constant badgering on social media. But this staff's relationship with the fanbase devolved by the year. It went from from neutral to transactional, transactional to passive-aggressive and passive-aggressive to aggressive-aggressive.

The fanbase isn't just a piggy bank, or a mindless group of drones who will clap on command in your stadium for six Saturdays every fall. Yet slowly but surely, it began to feel that way. Fuente eroded the connection the fans had to the program. And while the passion didn't wane, the depth of that passion started to. Maybe Fuente didn't notice it was happening, maybe he didn't care. Or maybe he never hired anyone who had an adequate finger on the pulse of the general conversation. But by the time it became apparent, it was too late. The damage was done, and a fanbase who felt like they had been kept at arm's length for 2016 and 2017 just didn't have the patience or attachment required to stomach losing.