The Greatest Kind Of Expectations

Expectations for Virginia Tech football have literally never been lower, and that should be okay with you. 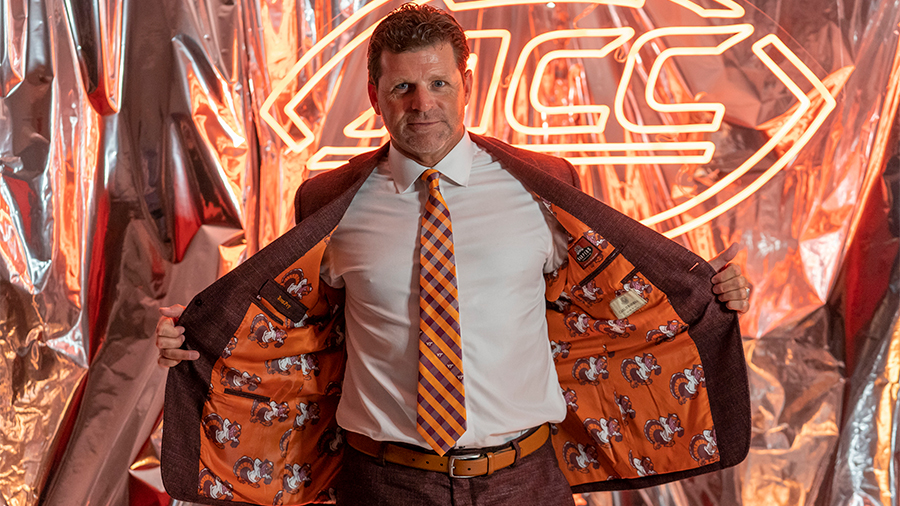 Twelfth, as in ESPN's Andrea Adelson and David Hale saying "yep, we think Virginia Tech will be the third worst team in the ACC this season".

That's right. The only two teams ESPN's ACC reporters predict will be worse than the Hokies are a rebuilding Duke and the smoldering husk of Geoff Collins' "rebuilding" job at Georgia Tech– the equivalent of a phoenix getting shot by a duck hunter as it tries to rise from the ashes of the triple option.

The Worldwide Leader isn't alone in their opinions of the Hokies, either. Tech finished a generous 8th (one point ahead of Louisville) in . Expectations for Virginia Tech football have literally never been lower since joining the conference. Even when things were bad — and it's not like things have been great for most of the last decade — the media's opinion of the program has been more charitable.

After the bottom fell out in 2018, the Hokies were still picked fifth. The Michael Brewer years: fifth and fourth respectively. Tech came into the league with next-to-no expectations in 2004 and were still voted sixth (out of eleven, which is the closest equivalent to this year's poll).

Not only are the 2022 Hokies disrespected as a team, they're not highly thought of as individual players either. Tech was one of three ACC programs to not have a single player on the preseason All-Conference team, the first time that's happened since 2019.

A fan's gut reaction is always to scoff this off. These people aren't following the team day-to-day! They don't know what kind of momentum is building in camp, nor do they seem to care about any of the standout message board stars that will become household names in September!

But even if you're the most optimistic Hokie you must admit, this is pretty fair.

There's a new coach in Blacksburg, along with a new quarterback, a new culture and a roster that can generously be called "in flux". And while normally such tumult is the direct result of a coaching change, the last staff did a pretty good job creating roster turnover on their own.

Want to know why no Hokies are on the pre-season All-ACC team? Well strap in, because it's time to play another game offfffff WHO'S...STILL...ON THE TEAM.

(The crowd goes crazy as I, a disembodied voice, channel my innermost Pat Sajak.)

Thanks for playing Who's Still On The Team! As you know, the core of a confident team often comes from a mix of its top veterans and its remaining untapped blue chip recruits. So let's get into the game, shall we. Question number one:

Justin Fuente and staff signed SEVEN four-star recruits in 2019. Each of those players would be seniors or redshirt juniors today. How many of them are still on the team?

Time's up! If you go to the board you'll see that C is the right answer! Yep, that theoretical core of Tech's program was whittled away, with Doug Nester, Bryan Hudson, Tayvion Robinson and Jacoby Pickney all transferring, and Jaden Payoutte taking a medical retirement. That leaves just Keshawn King and J.R. Walker as the lone upperclassmen who are ex-blue chip recruits.

Having fun yet? I know I am! Let's move to question number two: