With a smothering defense, a ball-control offense, and excellent special teams play, Virginia Tech rekindled the spirit of the Frank Beamer glory days in their win over Boston College. 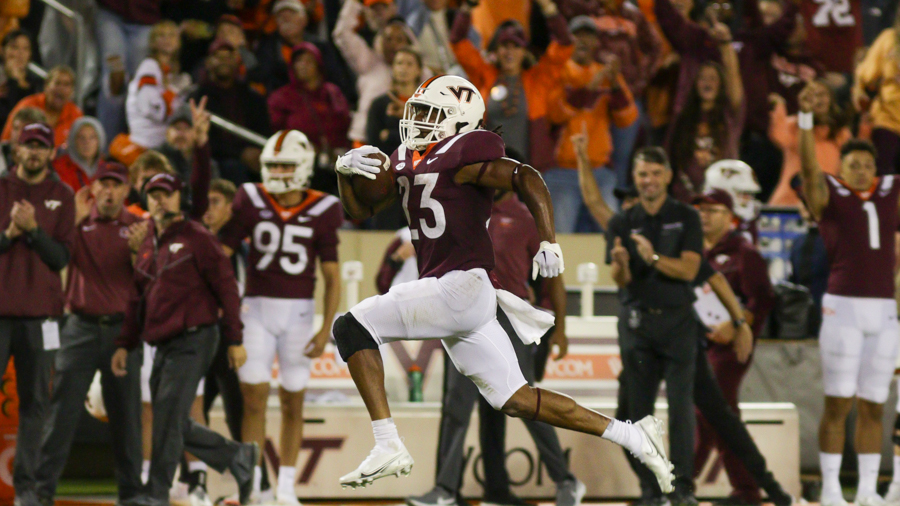 It certainly felt like it after Virginia Tech strangled a 27-10 win out of Boston College. Tech's offense did enough to win the game and didn't lose it. More memorably, the defense delivered a Bud Foster-esque performance that held the Eagles to a paltry 155 yards of total offense. Boston College ran the ball 26 times, netting four yards, while quarterback Phil Jurkovec was sacked five times. Saturday was a night in Lane Stadium that would make even younger Hokies fans nostalgic for the good ol' days.

Nearly every miscue that plagued the Hokies in their season-opening loss to Old Dominion was corrected. Tech did not have a single turnover, they committed just four penalties, and there were no special teams snafus of which to speak. During the week, Virginia Tech head coach Brent Pry talked about fixing "correctable mistakes". If your goal for the 2022 season was to see players progress and develop, you certainly got your wish. The Hokies played a very clean game.

Today, I am going to delve into the numbers and dissect how Virginia Tech set themselves up for success on the defensive end, while also providing context to the struggles of the offense and passing game.

The Game Within the Game

There isn't too much I can say about Virginia Tech's defensive performance that most of us couldn't see already. The pass rush was disruptive, as defensive end TyJuan Garbutt recorded a sack and seven quarterback pressures. Dorian Strong and Armani Chatman played like lockdown corners, allowing just three receptions in 73 total coverage snaps. As a team, the Hokies missed just two tackles the entire night.

What might not be quite as apparent is how dominant Virginia Tech was in one particular aspect of the game: field position.

Bill Connelly, the college football stats guru and creator of the SP+ rankings, once coined what he calls the five factors of football: explosiveness, efficiency, turnovers, drive-finishing, and field position. Of these, field position is perhaps the most overlooked. It's something that we can all see but don't necessarily think about in the aggregate. But it matters: the farther you start a drive from the endzone, the more yards you have to successfully gain in order to score.

Virginia Tech's average starting field position against Boston College was the 36-yard line. The Eagles started, on average, at their own 22-yard line. In a 14-possession game, that's almost 200 fewer yards that the Hokies' had to acquire. Boston College never once started a possession beyond their own 32-yard line; three times they began inside their own 15. By contrast, Tech had three scoring drives in which they only needed to travel half the field.