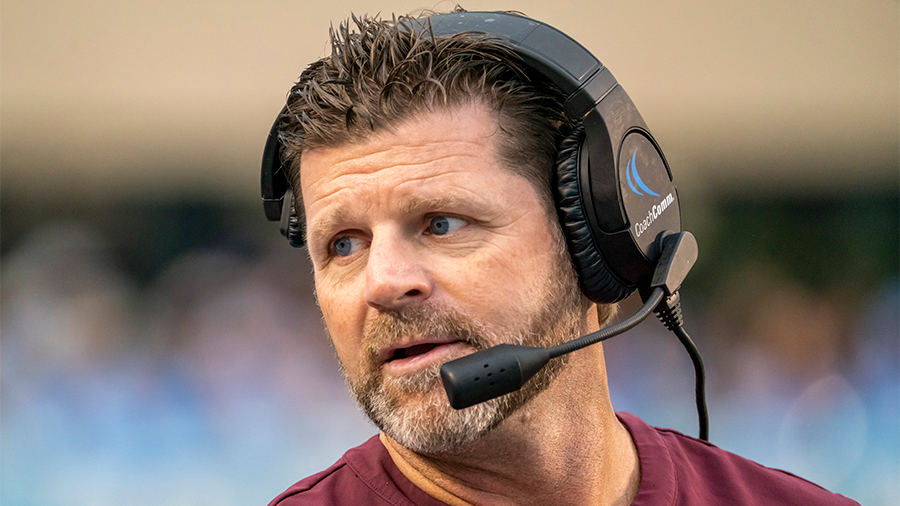 Watching Virginia Tech's 41-10 loss to North Carolina on Saturday was as shocking as it was depressing. Somehow, a Tar Heels' defense that ranks 99th in SP+ and has allowed nearly six yards per play all season held the Hokies in check for four quarters at Kenan Memorial Stadium. This is a unit that surrendered 24 points to Florida A&M, an FCS team that was missing 20 players. They allowed Appalachian State to put up 61 points, including 40 in a single quarter. A week ago, UNC's players were fighting on the sidelines in a blowout loss to Notre Dame. But all their ills were cured when they suited up against the Tech offense.

The talent gap between these two programs is glaring. North Carolina has 32 four- or five-stars on their roster, while Virginia Tech has just nine, only four of whom actually start. But West Virginia, who also held Tech to 10 points, is not exactly awash in blue-chip talent. Nor is Old Dominion, and certainly not Wofford. The talent level in Blacksburg is low, but surely not this low.

Over the weekend, I looked around at college football and thought about all of the programs that are excelling despite otherwise adverse circumstances. Duke is 4-1 under first-year head coach Mike Elko. Sonny Dykes inherited a 5-7 TCU team and now has the Horned Frogs ranked No. 17 in the latest AP Poll. Tech's neighbors to the north — James Madison, that is — are 4-0 in their first year as an FBS program. Kansas is 5-0 and will be hosting College GameDay this weekend.

Virginia Tech, meanwhile, is floundering. The Hokies failed to score more than 10 points in consecutive games for the first time since 1989. They continue to look worse each game, with a run game that is anemic and play calling that is fairly unimaginative. I'd say this is rock bottom, but the bottom is continuously sinking.

In the age of the transfer portal, rebuilding a roster on the fly is much easier than it used to be. Having a first-year head coach is no longer an impenetrable barrier for putting a competitive product on the field. In today's piece, I want to focus on why the situation for Virginia Tech is so bad, and why other programs in similar situations have fared better — a problem that goes beyond just the coaching staff.