Hokie football is a bit of a mess right now, so let's ask some questions that will likely be more entertaining than this week's game. 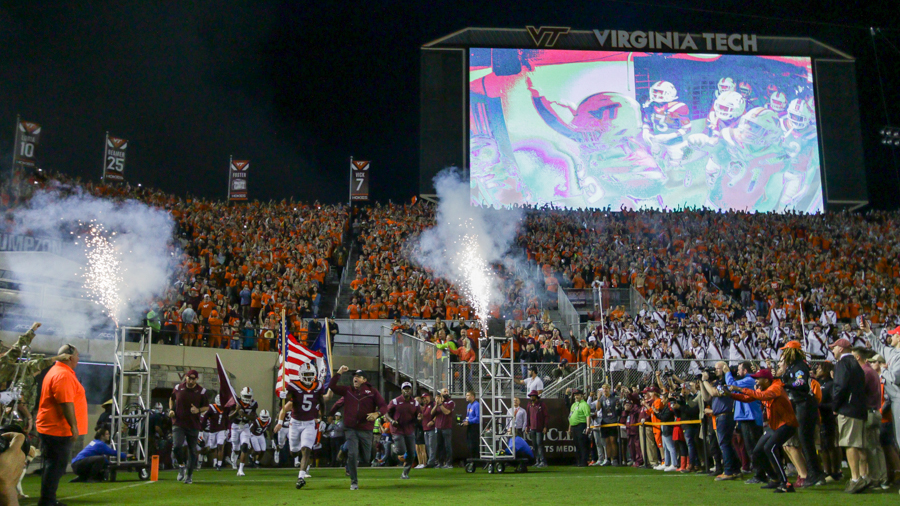 Okay I'm going to put it in the lede of this article for everyone to see, paywall be damned (takes a big, heroic breath in preparation to say something #brave):

I actually don't think the Virginia Tech football team is quite as bad as they've been over the last two weeks.

I know, I know. It's so much more fun to wallow in sadness or burn things down with piping hot message board takes, but things are much less catastrophic than they seem. Maybe I've just lowered my personal standard for the season, or maybe my brain has closed the cognitive dissonance between mentally acknowledging a rebuilding season and emotionally accepting one.

The Hokies have holes for days, and will have many more disparaging losses in 2022 than wins. Brent Pry is trying to paint the program in his image, which won't happen for a good three years. Yes, sure the Hokies are playing football games right now, but they're honestly of little consequence. Big picture mode engaged. The nitty gritty of figuring out how the Hokies can upset Pittsburgh in the stadium formerly known as Heinz Field doesn't particularly matter these days.

We're full-on nihilists now. Things are bad, but maybe not as bad as they seem. My Saturdays will remain unfulfilled yet I will keep on watching because I enjoy pain. None of this matters, unless it ends up mattering so far into the future that we can't see it yet. Someday we're all going to die. Eat at Arby's.

With all the heady introspection both behind us (as in a few paragraphs up) and ahead of us (like for the next two years), we have more than enough time to ask some hard questions going into the next few years. Not hard questions as in ones you don't particularly want to answer, but ones that are impossible to solve in October 2022. But since we're all here and the games don't particularly matter, let's ask a few of them anyway.

How much does the losing impact recruiting?

Let's just call it like it is–at the current moment, the Hokies look like a three-to-four win football team. And the only way out of this morass is by overhauling the roster with players who fit the system, the culture and the level of competition. Quite simply, Tech needs to recruit better.