After another listless performance by the Virginia Tech offense, it's fair to ask if the Hokies' coaching staff is getting the most out of their personnel. 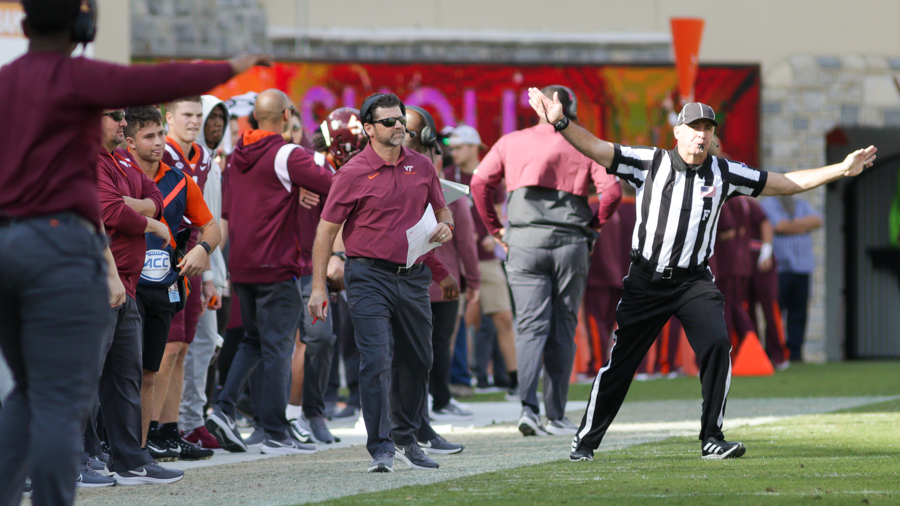 The scoreboard didn't quite show how soundly Miami beat Virginia Tech on Saturday.

In a game that featured two teams with first-year head coaches, both coming in having lost three straight games, the Canes proved that they were the far more talented team. Miami averaged 6.2 yards per play to the Hokies' 4.1, and the advanced box score confirms what we could see on the field: Miami had a higher success rate, a much more efficient passing attack, and a far more effective pass rush, collecting six sacks against Tech quarterback Grant Wells.

The game was as close as it was because the Canes committed an astonishing 17 penalties for 159 yards. (I would love to see the data for how many times a team loses a game when they have a +100 advantage in penalty yardage — I can't imagine the odds are very good.) With a 20-0 lead in the fourth quarter, it's only natural to assume that Miami took their foot off the gas. While I credit Tech for not throwing in the towel (something that probably wouldn't have happened under the previous regime), their dreadful performance in the first three quarters is a much more accurate reflection of their talent level than the two flag-filled touchdown drives in the fourth. The boys gave it their all, but their all just wasn't good enough.

I can't say much about Tech's offense that hasn't been said already. (Spoiler: it's bad.) However, given the dramatic decline of the offense even relative to what most of us expected — and in light of Brent Pry's postgame comments suggesting his staff is not putting his players in the best position to succeed — I thought it would be worth digging into how much Tech has underperformed, and comparing that to other schools in comparable situations. As the "coaching vs. talent" debate eternally rages on in the minds of fans, it might be helpful to put Virginia Tech's struggles into proper context.

Throughout the course of this season, I have argued that Virginia Tech's overall talent level is painfully low, and that rebuilds are often messy. Progression doesn't happen right away, and the results of Pry's first year mean very little in the overall context of the rebuild. I still maintain this belief.

That said, we can ask ourselves the following question: is Virginia Tech's coaching staff currently getting the most out of the talent they have?