Slowly but surely, Kenny Brooks has revived a once-dormant Virginia Tech women's basketball program with a massive influx of talent. The Head Hokie discusses the turnaround. 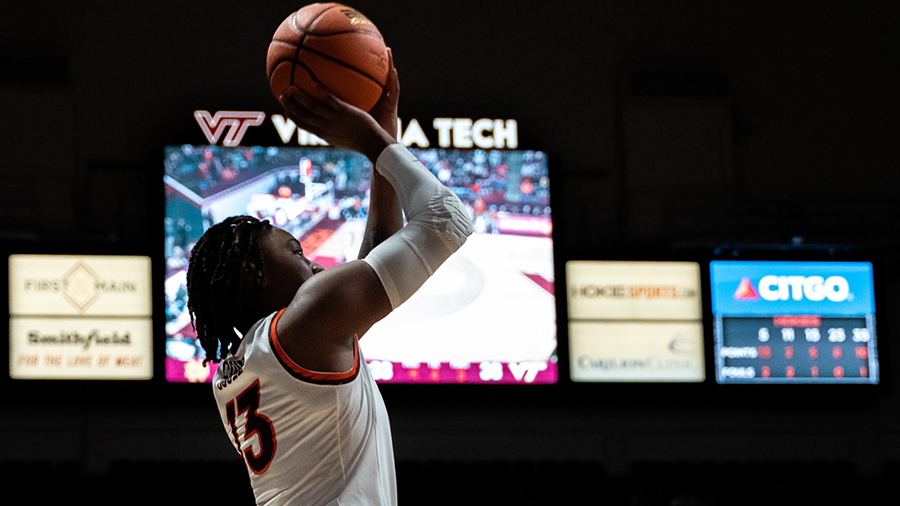 When Kenny Brooks took the Virginia Tech women's basketball job in the spring of 2016, he knew there was a lot of work to be done.

Long gone were the days of Bonnie Henrickson, whose teams were a regular in the NCAA tournament with their smothering defense. Conference championships were a distant memory. This was Virginia Tech in the ACC: a program in disarray, one that had never had a winning conference season since joining their new league and the third-best team in their own gym.

It's crazy how things can change.

In what has surely been the most anticipated season in program history, Virginia Tech is 10-1 and ranked eighth in the latest AP Poll. The Hokies, predicted to finish second in the ACC preseason poll, have lived up to their lofty expectations, with blowout wins over Missouri and Nebraska, a neutral-site victory over Kentucky, and a gutsy road win at Tennessee. Only a lone blemish against No. 5 Notre Dame on Sunday has soured an otherwise fantastic year.

The figure behind this renaissance is Kenny Brooks, who came to Blacksburg after 14 successful years at James Madison, guiding the Dukes to five conference championships and six NCAA tournament appearances.

The contrast between the two programs was stark. Whereas James Madison was coming off three straight conference championships upon Brooks' departure, Virginia Tech had not made the NCAA Tournament in a decade. The Dukes had as many conference victories (17) in Brooks' final season as Virginia Tech had in the entire five-year tenure of predecessor Dennis Wolff.

Never one to back down from a challenge, Brooks saw an opportunity to win at the highest level of basketball.

"I loved the challenge, taking a program to compete with the best of the best," Brooks said. "That was something that really sold me. I thought it was a sleeping giant, but I knew it was going to be a lot of hard work. It was a similar recipe with JMU but on a different scale."