We have often heard if star recruits would stay Home Virginia Tech would Win a National Championship. Andy Bitter tweeted out that he was going to examine if the state of Virginia Produces enough talent to win a National Championship. Well this got me thinking, and I don't subscribe to the Athletic so I wanted to look at it for myself to see if it was possible. I am also kinda bored and wanted to see what everyone else thought.

Scenario 1:
2009 Virginia Tech Hokies
-I used 2009 because it was one of our best finishes (#10) in a while and it would provide enough recruiting information. For this scenario, I took the 2009 roster and removed non-VA players and added in Virginia Recruits from 2005-2008.

I don't think that would be enough to make us national champions.

I feel this team would probably have a good enough defense to win a National Championship, but the offense would not be as good.

Edit: I went to Maxpreps to look at a list of Player drafted that were from Virginia and found 3 OL and 1 WR to add to scenario 2.

I think we could def be in the convo. We would 100% would be better thats for sure. I've followed VA HS recruiting a long time, we have always struggled to get the top VA state talent. I know not everyone agrees though, it seems all I see now on TKP is people trying to convince themselves In-state recruiting isn't important in "modern college football".

It is important but we will never fully lock it down. The world is much smaller now and there does not seem to be as much state pride as there once was. Therefore, there is no built in advantage and we have to recruit a larger footprint to find the recruits that feel at home in Blacksburg.

The problem with this hypothetical: Do the five star players actually play like 5 stars players? Would a guy like three star Terrell Edmunds emerge as a first round talent if he's forced to play behind "5 star" Quin Blanding his entire career?

Side note: My friend's dog shoved Devyn Ford in the junk at Petco last week in State College.

I bet Devyn Ford is more of a cat person

Was it a Big Dog

Golden Doodle. Not this one but approximately this big. 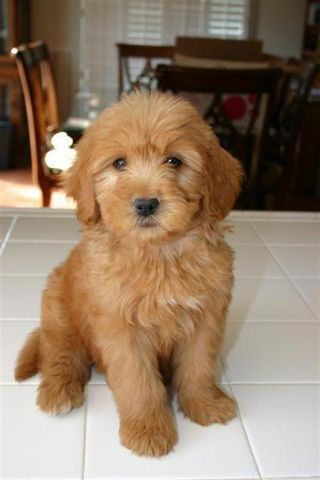 That defense would be incredible. I think the offense could have put up enough points to make a run, but we would be struggling in the WR category.

Edit/addition: Can't remember if it was on twitter or on his TKP AMA, but I recall reading a comment from Brenden Hill where he basically said that, since the great recession a lot of good jobs left the 757/VA Beach area, and as a result, there's less football talent there. Would be curious if the recruiting rankings reflect this, and/or if it has influenced Fuente's strategy.

Good stuff, but maybe delete it so no one gets Bitter about it? You know, paywall and all, good sir.

It's OK to whet one's appetite every now and then, isn't it?

I like this guy. I think you just bought my subscription if I can dig up one of those nice discount codes.

"Just because we use cheats doesn't mean we're not smart..."

A common misconception is that the code ends with Start or Select Start. In many titles, the player must press Start after entering the code in order to start a game, or press Select to switch to two-player mode and then start the game, leading to the confusion.

This is the correct answer. If you had friends, Select Start. If you didn't, Start.

So Big Perm confirmed to have no friends? /s

His most recent piece was really good, it's def worth the $40/year or whatever.

or if you still have an edu email use it and get the student price $29.99

Maybe McSorely with a good play caller has a chance, but I am not enthused about those QBs. I wasnt upset when they went other places either.

Virginia hasn't produced an elite QB in awhile, so that would be an enormous hindrance. However, our DL would be great and we would have a shit ton of good RB's to choose from. We would be a better team in some major areas, but I don't think we would be a title contender. I think from 2012-present we would have maintained a very high level of consistency and quality, winning the Coastal most years and going 9-3 to 11-1 most seasons, but being that team that is not good enough to get over the hump.

Here's some notable guys we (could) have on the roster this past season or upcoming season if we could get any VA recruit we wanted:

Interesting notes from looking back at these Virginia classes 15-19:

Our LB, DL, and RB rooms would be STACKED. Probably a good enough front 7 and running game to dominate the Coastal every year.

2016 was a hilariously awful year for the state of Virginia.

I don't think option A would come close. Option B looks good but I think you would need to take into account the ages/class of all those recruits (aka, how many are freshmen/soph and how many are Junior/seniors?).

The other main flaw of this argument that someone alluded to earlier is if we assume we can keep all the VA talent, does that mean UGA, Texas, UF, and USC keep all their in state talent? If that's the case then no matter what, we would never come close to a NC, unless another MV7 were to come through.

Just remember who was calling plays during that last period. And who our line coaches were.

2002 (RS everyone) - 2006 (assume real life doesn't happen an no one has life issues). It's light on OL, DL, and WR, but the players at OL and WR are outstanding. LB I just stopped putting in backups.

If Marcus played as good as Marcus could have been this team would have had a chance as good as the DEF would be with all the play makers on offense.

So did Taj Boyd and Russel Wilson and others. At the time, we didn't have the offensive coaching expertise to take advantage of these players' skill sets.

Russell was a choice by our staff to get Tyrod.

Worked out pretty well for us. NC State got a few good years, and then he transferred. Beat him head to head, too.

Russell's parents both went to UVa...they chose Peter Lalich instead.

If we landed all the Virginia top prospects? Yes. Because we'd also be landing some very talented out of state prospects that round out the roster.

With a roster of only state of Virginia players? No. Maybe during the late 90's with Vick @ QB.

Unless your school is in Florida, Georgia, Texas or California (maybe Ohio or Louisiana) it's highly unlikely that you could field a complete, championship-caliber roster with only in-state prospects.

Virginia produces a ton of talented players, but they're not consistently distributed across the field and there's not necessarily enough of them each year to really fill out the depth chart.

If we landed all the Virginia top prospects? Yes. Because we'd also be landing some very talented out of state prospects that round out the roster.

With a roster of only state of Virginia players? No. Maybe during the late 90's with Vick @ QB.

Yeah, there are two different things being discussed in this thread -- keeping all VA players at VT, and having only VA players at VT. The first is more likely to beget a championship than the second.

It would help but still need to recruit nationally. But getting top instate talent should be easy.

But getting top instate talent should be easy

Are you saying in this exercise or real life it should be easy?

How might a team with Russell Wilson & David Wilson in the same backfield have fared?What about one with a d-line of Clelin Ferrell, Derrick Nnadi, Josh Sweat, Tim Settle, Jalyn Holmes, Ricky Walker and more?A look at the very best all-Virginia teams: https://t.co/edp9PVyRs6 pic.twitter.com/wtg3y2bKvb— Andy Bitter (@AndyBitterVT) June 18, 2019

Russell Wilson over Tyrod? I dunno man... because they played at the same time (and against each other in 2009).

Anywho, ...despite thinking about this kind of stuff all the time, I don't like to. I'd rather just live in the ignorance. ...because thinking about all the talent leaving the state hurts my soul.

The article started looking at 2011. He mentioned he was tempted to go back to 2010 with Tyrod, but would have had trouble filling in some other spots.

ah, ok. I can't read the article yet (block on Air Force sites for whatever reason) so I was just going off the info presented in the tweet.

...damn, imagine Russell Wilson on VT in 2011 (no disrespect to Logan)

Yep if we had been able to have Tyrod in 2011 (big "what if") or if we had Russell Wilson in 2011 that could have been special. I think we can take some solace in that if we met an LSU or Bama in the title game that season, both of which were historically dominant, we probably would have lost anyway, but still fun to think about.

I definitely don't think we would have lost to Clemson either time. So strange that our offense was so bad against their pretty atrocious (at times) defense that year. They got cooked by NC State, GT, South Carolina, and of course, WVU dropping 70 on them.

I also don't think you're insulting Logan at all, he was quite good in 2011, but overall not great. In his best moments (GT and Miami) he looked like he was going to be a 1st round draft pick. He made some genuinely incredible throws in those games and showed serious poise. In his low moments we saw the inaccuracy, inconsistency, and questionable decision making that became more pronounced in 2012 and 2013 with a substantially worse supporting cast.