Welcome back to Six Pick - The only column on this site written by NerdMagic. Very exclusive. Let's dive in. No stats this week, will be back next week.

Nerd Fact 1: More than 97% of Iowa's farms are owned by farm families.
Nerd Fact 2: Wisconsin produces over 2.5 billion tons of cheese a year.

Pick: Give me Iowa. Don't know if I like them to win outright, but they could keep it close. 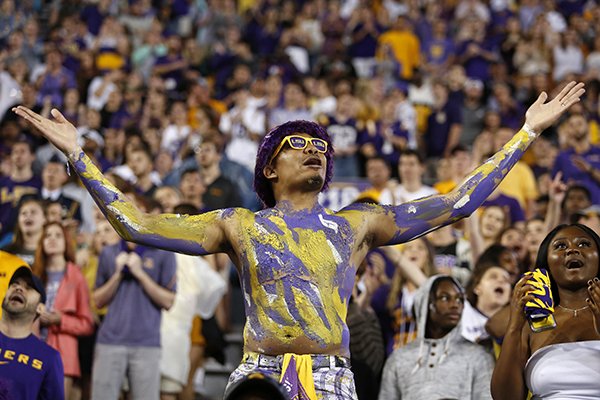 Nerd Fact 1: Tigers live between 20-26 years in the wild.
Nerd Fact 2: Elephants are not very good at painting.

Pick: Yikes. I have no clue but my family will kill me if I don't pick LSU. 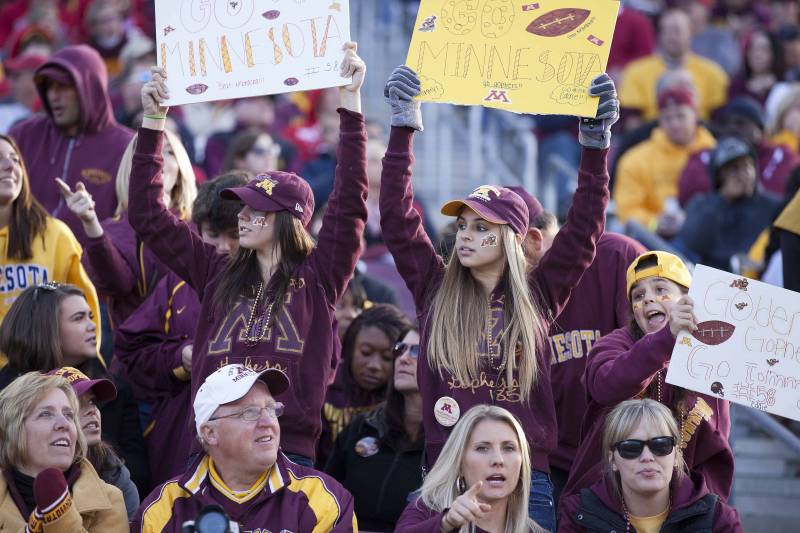 Nerd Fact 1: If confronted by a mountain lion, don't run away. This may trigger an attack.
Nerd Fact 2: When you say gopher, you are probably referring to pocket gophers. I don't know the difference but that's what google says. 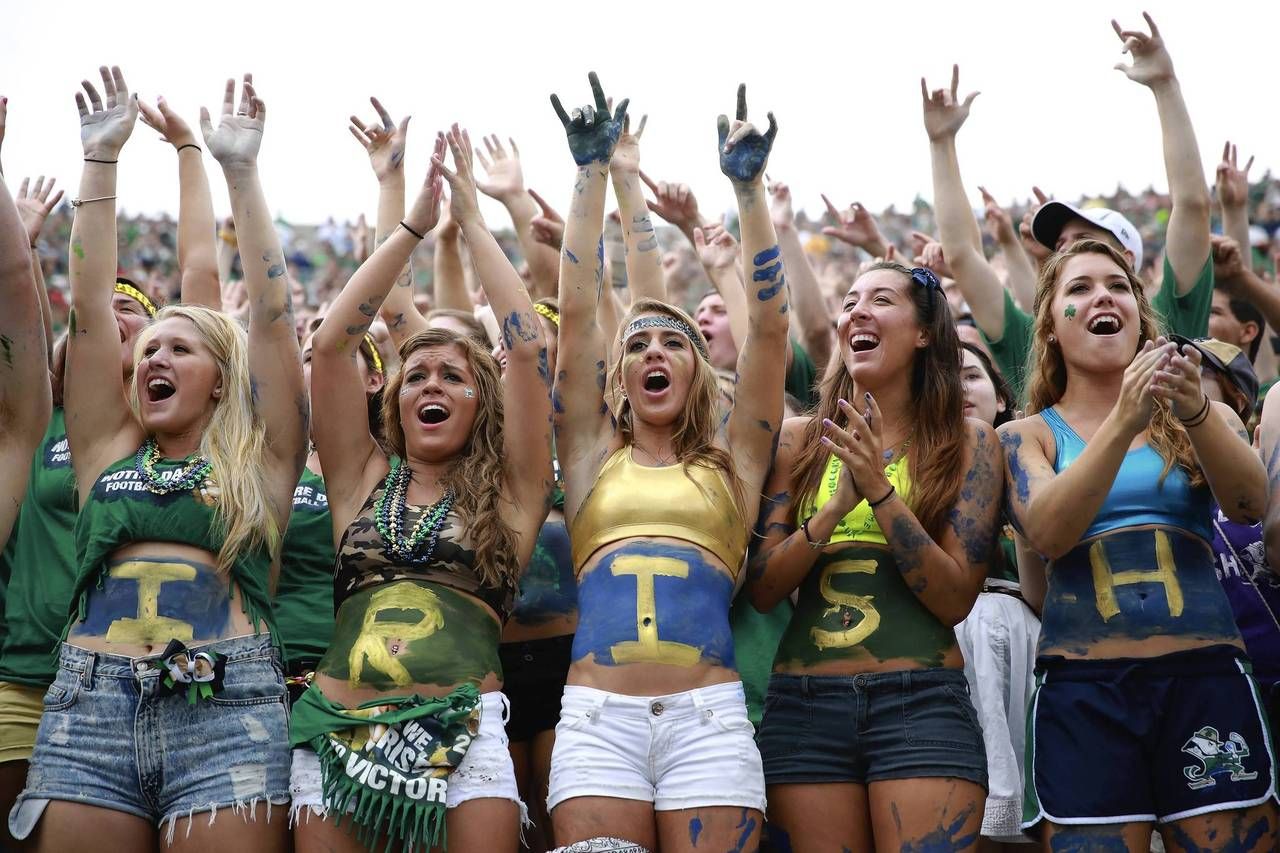 Nerd Fact 1: According to google, there are no female leprechauns.
Nerd Fact 2: Tasmanian Devils are the largest carnivorous marsupial in the world.

Pick: Irish bounce back from a maroon and orange scare and smack the Blue Devils. Nerd Fact 1: Cardinals voluntarily cover themselves in ants. Scientists don't seem to know why.
Nerd Fact 2: Every second, a large hurricane will unleash the equivalent power of 10 atomic bombs.

Pick: These hurricanes will be a little tropically depressed when Louisville pulls the upset.

Nerd Fact 1: There aren't a ton of fun facts about Deacons out there.
Nerd Fact 2: Turkeys sleep in trees.

BEER OF THE WEEK

That's all for now folks. I actually get to be in Lane for a game for the first time in 5 years. Been WAY too long. Nerd Out.

EDIT: Updated the WAKE VT line. I copy and paste my format and forgot to update the line. My bad.

Hawkeyes- Wisky is in a funk and Iowa has a real DLine.

Tigers- LSU loses this because of no offense each year. Problem solved.

Lions- If they aren't looking ahead, PSU is just better.

Hokies- Tech protects its house. We win a shootout.

I'd have taken VT (-2.5), but since we're not do an actual line here, you force me to pick against the Hokies for the first time all year.

Iowa: Meh.
Bama: Like Lebron when he was in the East, or Tech v. UVA in football...until proven otherwise, don't bet against them.
PSU: Because I know nothing about Minnesota other than they're pretty decent.
ND: Meh.
Louisville: Fuck Miami and Louisville is heading in the right direction.
Wake: Tech doesn't cover a -8.5.

Wisc
Bama
Penn St
ND
Louisville
Wake - because every pick for the Hokies this year has been wrong, trying to keep the streak alive!

There's an awful lot of reverse jinxing going on over here...

Your VT/Wake line is 11 points off btw.

Beer: I made a single malt/single hop märzen that is delightful. Will be consuming a lot of it during the tailgate.

Wisconsin
LSU
PennST
ND
UL
WF (-8.5) For the record I'd pick the Hokies at anything under 4.5.

They (Wake Forest) haven't played on the road since September 28th, when they traveled to that raucous stadium in Chestnut Hill.

They've beat UNC by 6, Utah St by 3, BC by 3, FSU by 2. That's 4 victories against mediocre teams by 14 points total. Their other wins are over Elon and Rice, with a loss to Louisville.

Give me the Hokies to cover!

Was this written before they mercy-ruled NC State?

NC state is awful this year. Wake should have blown out the other awful teams they snuck by as well. The only question is: are we as awful as the Atlantic division scrubs or can we pull one out here?

Depends if the Good Hokies or the Bad Hokies show up.

And if Hooker plays. I like Patterson and think he has good upside, but my not-so-controversial opinion is that we'd have beaten ND going away if he were healthy and out there.

That was also probably with the real line of Wake -2.5, instead of the completely made-up line used here. We might cover Wake -2.5. There's a much lower chance of us beating them by 9+.

Was someone using the Number Pad to type the Wake spread? 2 is on the bottom....still don't know who designed the number pad to count down from the top.

I made an oops while typing at 1 AM Thursday while packing to get to Blacksburg. Basically, most people will get a point for that barring a drastic win one way or the other. My bad on it y'all.

You just knew how to make a bet line than Vegas. VT covers.

I had faith before it was cool.

Picking this up Saturday morning...perfect for a chilly fall day of football.

Iowa @ Wisconsin (-8.5): I might not take the OVER at 8.5. Certainly not gonna take a spread that large.
LSU @ Bama (-6.5): DACOACHOGONNAWINDAWHOLEDANGTHINGDISYEAR!
Penn State(-6.5) @ Minnesota: Fun fact: Minny has played something like 10 quarters against a first-string QB this year.
Notre Dame (-7) @ Duke: If nothing else, I want this to make our close loss to ND look better.
Louisville @ Miami (-5.5): Both these teams suck out loud. Do I have to pick one? #goacc
Wake Forest @ Virginia Tech (-8.5): Wake is pretty decent this year. I'll be happy with a 7-point win.

Iowa
LSU
Minnesota
ND
Louisville
H O K I E S: sold out Lane Stadium, coming off a close loss to ND, a game honoring the one and only Bud Foster. I think the boys play lights out in this one and prove themselves against a (maybe overrated) top 25 team in a shootout.

Also how the hell is Bud Heavy not your beer of the week?!

I was thinking Fosters!

seems like a good time to whip this one out: