Members of the Atlantic Coast Sports Media Association voted Erick Green as the conference's player of the year. Green received 38 of the 76 votes cast. Miami's Shane Larkin was second with 23 votes and Duke's Mason Plumlee was third with 12 votes. Green is truly the best player on the league's worst team. Here are some of his accomplishments this season:

Green never let up, consistently played hard to the point of exhaustion, and manufactured points. He never seemed to stray from James Johnson's system, and made it a point to include his teammates in the game with smart and timely passes. That's my only knock on Green, I would have be fine with him putting the ball up every time he had it regardless of the shot quality.

From the official HokieSports.com release.

"I am extremely proud of Erick," head coach James Johnson said. "This is an honor that is well deserved. This young man has put in numerous hours and has relentlessly worked on his game to put himself in this position. To have the respect of the media and for people to recognize what he has done for this team, in such a tough conference against very good players and very good coaches, says a lot about Erick as a player. Erick is a great kid on and off the floor and the award couldn’t come to a better person."

Here are what some of the media members who voted for Green wrote:

The hardest call was Green over Larkin for player of the year. Had the Hokies won a few more games or and escaped last place, not so much. — David Teel, DailyPress

In the end, I couldn’t ignore the fact that Green is leading the entire country in scoring, not just the conference. ... The Hokies' lack of overall talent only makes what Green has accomplished all the more impressive, playing against double - and triple-teams and not only scoring at will but finding his teammates as well -- he's sixth in the ACC in assists -- and his teammates aren't exactly Seth Curry and Ryan Kelly and Rasheed Sulaimon and Quinn Cook. — Luke DeCock, ACC Now/newsobserver.com

Green not only led the nation in scoring, but Tech coach James Johnson said if the rest of the Hokies shot around 42 percent instead of 37 percent, Green might average seven assists a game. Imagine the nation's leading scorer also leading the ACC in assists. That’s how good and unselfish he was this season. — Andrew Jones, FS Carolinas Now, hang his jersey up in Cassell.

I'll say upfront that I'm not a huge basketball fan, but what he did with everything going against the Hokies this year was pretty damned impressive!

We're going to the final four.

Couldn't have happened to a better guy

Congrats Erick! Hard work pays off, you have to love stories like this. I went to every home game I was in Blacksburg for just to see him play. Way to go Erick!

Media definitely got this one right. Plumlee winning would have been ridiculous. Larkin was deserving, but Green definitely had the better season.

while they are preparing the new scoreboards they can scope out a good spot for Erick's #11 with the other Hokie basketball greats.

Proud of this kid.

Not only did Erick win it, but Mason Plumlee lost it. I feel this is bi-winning.

Jim Larranaga: "In our opinion, the player of the year should come from" the ACC's top team.— Jorge Milian (@caneswatch) March 12, 2013

There is no way he makes this statement if they lose to Duke. Larranaga is NOT going to get any empathy from the Commonwealth of Virginia.

I applaud the ACC for giving this award to who they think is the best player in the conference, and not taking into account what team he plays for.

Not the ACC, the ACC media. I'm hoping the coaches vote the same.

yeah, that's what I meant to say. I can't tell if I'm still drunk or hungover right now. 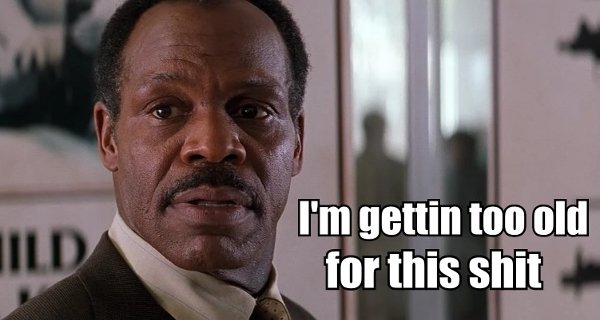 That's only the worst logic ever. And I'm not just saying that because Green one, I'm saying it because its awful logic.

go erick green, hometown hero and now my favorite basketball player, i might watch the NBA just to cheer him on, hes so exciting and a total joy to watch good luck to you at the new level

from @VTFritz that in order to hang Erick Green's jersey up in Cassell that "VT rules would have to change. Current says they must win an 'established national award' " :(

From any of the biographies of the football players whose jersey has been retired:

In 2002, the Virginia Tech athletics department developed a new policy on retiring jerseys. This special honor is bestowed to acknowledge an individual who has won an established national award in their sport, while allowing the number to continue to be worn by others. Tech will no longer retire numbers.

So you would be, unfortunately, correct

The standard for retiring a jersey is oddly high. By that definition, they will not retire Tyrod's jersey either. For someone who owns pretty much all of the QB records at VT, that seems like a shame.

it's true. a lot of schools retire jerseys for guys who didnt do much more than all conference or 2nd or 3rd team all american. some schools retire one and dones after they spent all of 6 months on campus.

could natl scoring champ be considered a national award?

Natl scoring champ should be considered a national award. And besides, why does it have to be on such concrete terms? That doesn't make much sense to me. If said player wins a national award then he should automatically be in the running for jersey hanging/retirement, I'm down with that but that shouldn't be the only criteria. As stated above, this means that Tyrod won't get honored and that really sucks.

Being selected as an All-America will also count as winning a national award. Think is used to be (in football) only for "consensus" All-Americans, but the made the change to retire MV7 and Franks (as a coach).

They both won awards

And neither were consensus All-Americans (ala Jim Pyne, Bruce Smith, Etc). That's why they changed (to let guys who were awesome but didn't make the old standard).

Well after that dunk by Purvis at the end I hope UVA breaks that kids knees.

You can coach that kind of stupid