Maryland baseball coach John Szefc, who led the Terrapins back to national relevance after decades of dormancy, is leaving College Park to become the head coach at Virginia Tech.

Szefc, 49, was hired by the Hokies on Friday morning and will be relied upon to revive a program that hasn't been to the NCAA tournament since 2013. Szefc will replace Pat Mason, who was fired last month after compiling a 90-126-1 record during his four seasons in Blacksburg.

"I'm thrilled, humbled and honored to begin this new challenge at Virginia Tech," Szefc said in a statement. "As an opposing coach, I always enjoyed our visits to Virginia Tech and appreciated the beauty of the campus and the Blacksburg community. Our family is beyond excited to call Blacksburg our new home."

Maryland will immediately begin a national search for Szefc's replacement.

Maryland endured 31 consecutive losing seasons in the Atlantic Coast Conference before Szefc arrived in 2012 to replace Erik Bakich, who left to take the head coaching job at Michigan that spring. Szefc built an immediate winner. During his second season in 2014, Maryland won 40 games and made its first appearance in the NCAA tournament super regional. Maryland returned to the NCAA tournament in 2015, the program's first back-to-back appearances since 1970-71, and finished with a school-record 42 wins and another trip to the super regional.

In all, Szefc won 180 games during his five seasons and led the Terrapins to three NCAA tournament appearances over the last four years, including this past season, when it finished 38-23. He reached 150 wins at Maryland faster than any other coach.

"John did a tremendous job taking Maryland baseball to new heights," Director of Athletics Kevin Anderson said in a statement. "The foundation John laid helped put Maryland on the college baseball map. He created a winning culture that we could all be proud of."

Szefc, who had received a raise to $251,000 annually after the 2015 season, will guide a Hokies program that will have a $18 million upgrade to its stadium facilities next season. Virginia Tech went 23-34 this season and has made the NCAA tournament just twice in the past seven seasons.

"The opportunity to return to the ACC and have our team play in an amazing baseball facility simply added to the appeal of coaching the Hokies," Szefc said. "I understand and embrace the expectations that come with this leadership position."

Forums:
Baseball
DISCLAIMER: Forum topics may not have been written or edited by The Key Play staff.
Tweet 0 Share 0 Email to Friend

I'm not a big college baseball guy so I'll be the first to admit my own ignorance but his resume seems very impressive.

Seems like another good to great hire by Whit.

JOHN SZEFC WILL WIN AT VIRGINIA TECH. Of this, there can be little doubt.

The Hokies announced Friday that they have hired Szefc, the baseball coach at Maryland since 2013, as the replacement for Pat Mason. They couldn't have done much better than this choice.

Damn, jolly, show some freaking emotion once in a while.

I love that he mentioned enjoying his trips to Blacksburg and him and his family love the beauty of this campus. Blacksburg is such a nicer place than College Park.

To be fair.....most places are nicer than College Park

I've heard someone from College Park call it an "armpit".

He was obviously making it sound better than it is to get a recruit to visit campus.

The opportunity to return to the ACC

I have to admit that this made me smirk.

Tangentially related, with all the conference realignment, my brain keeps up with every move except Maryland. Every time I see the school, my instantaneous reaction is still "ACC". Pretty sure that means a universal law of nature was violated when Maryland jumped ship

They sold their soul for cash.

Not just cash but a recurring revenue stream having to do with an effective sports channel.

Something the ACC still does not have.

Slice it anyway you want, if you're a VT nationally competitive sports fan, this is not a good thing.

This is great news. Welcome to Hokie Nation, Coach!!

I wish him many wins. And, like, one or two more vowels.

I'll just go ahead and ask: how does he pronounce his name?

As brockman said below, it's pronounced "Kevin".

Seems like a common theme among Whit hires are coaches that have a resume of building/re-building programs. Hope this guy can get the baseball team playing at a high level. In Whit we trust!

The other theme is that they're great people who know how to coach.

This looks to be another great hire by Whit.

I know this is OT, but I really like those turkey-on-the-bat (St. Louis style) baseball jerseys. Has anyone seen them on sale anywhere? I've looked, but can't find 'em anywhere. Thought I'd ask on a thread that's got some baseball fans paying attention.

Not going to be on sale. They were a one off designed by the team and equipment room. This was before we did the identity thing with Nike. The baseball team made a bunch of jerseys that year that went against the brand identity thing that was implemented the next year. I think this was around 2013 or so.

Thanks. Appreciate the info.

FWIW my brother is an NCAA baseball coach and he thinks it's a great hire. 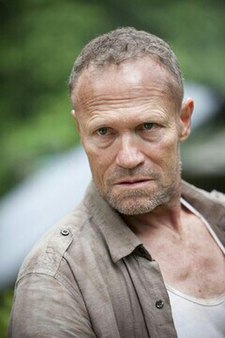 Hughes hadnt really delivered in his time at Oklahoma at least in what they consider expectations. 92-81-1 record in three seasons and never better than 4th in the BIg XII. Biggest thing was he only made one appearance in the NCAA tournament. Prior to Hughes getting there, they had been every year since 2000 except for 2001 and 2007.

Should definitely help us get Gervin onboard. /s

It's out there now. It's been confirmed.