Virginia Must Be Stopped

For the Hokies to come away with a win over the Cavaliers, they'll have to rely on the thing that has carried them through much of the season — their defense. 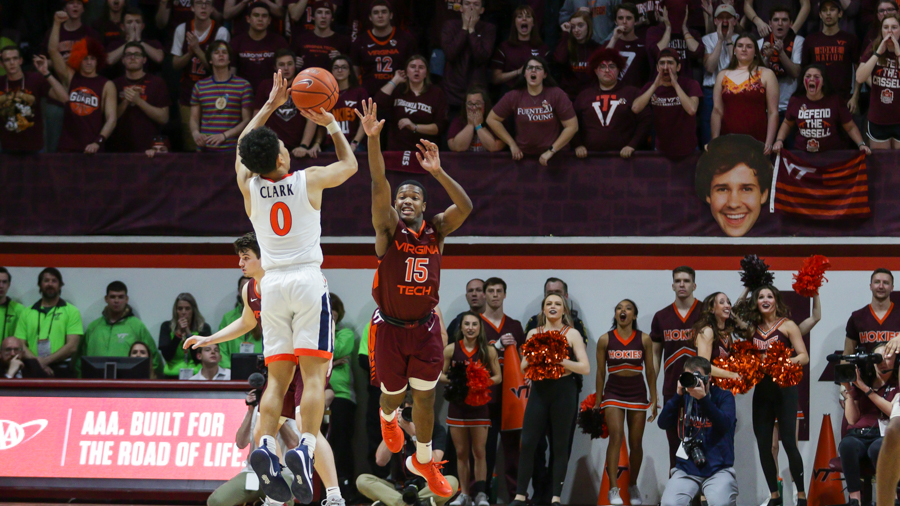 Virginia is the best team in the ACC, and it's not particularly close.

Outside of a dumb early-season loss to San Francisco and a good ole fashioned mollywhoppin against Gonzaga — far and away the best team in the country — the Hoos have been pretty spectacular. They play defense about as well as they ever have under Tony Bennett, pack-lining opponents into oblivion, but have added a few gears on offense to make them even more dangerous.

I'd draw up some complex-looking schematic breakdowns of what makes UVA different offensively this year, but it really comes down to this — they make a ton of threes. The Cavaliers rank second in the ACC in three pointers made per game (9.6) and third in three point percentage (41.6%). Newcomers Sam Hauser and Trey Murphy are both hitting more than 40% of their triples on five attempts a piece, while Jay Huff hits 45% on nearly three attempts a game.

The three-point revolution has consumed the sport from AAU up to the NBA, and though it may not be great for the game, it can be lethal when paired with a structure like Bennett's. Just look at some of their most recent performances:

81-58 vs the same Syracuse squad that smacked the Hokies two days prior.

Ever have the old argument about whether you'd rather die in a fire or drown in the ocean? Well Virginia makes it so you never have to choose again. They aren't just asphyxiating people, they're pouring it on as well. They average 72 points in conference play, and can run away with things in a hurry if you're not careful.

The Hokies can't come into this game hoping to hit a ton of shots and put up points like they've done in some of their other matchups. This isn't a night to get in the mid-70s like they did against Duke or Notre Dame (the first time). If Tech wants any chance at knocking off the Cavaliers they're going to have to win with the thing that's carried them over their last four wins — smart, sticky defense.