Cardiac Cattoor and the Road to March 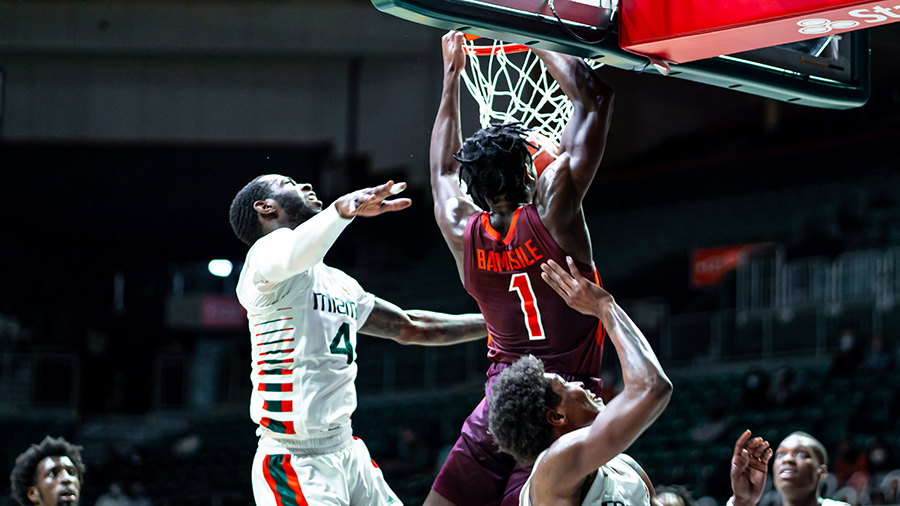 With Virginia Tech's game against Florida State "postponed" (probably cancelled) this week, it felt like a good time to write about a few things Tech basketball related. So let's first look back at the Hokies' thrilling win against Miami, and then start glancing towards the future.

You can't start with anything else

This was so cool. A big turning point in program momentum, and a gigantic, Sam Cassell-sized-gahones shot from Hunter Cattoor.

If he misses this, the Hokies lose two in a row against teams in the bottom half of the ACC, all-but-certainly drop out of the top-25 (not that it matters much, but it's still a nice status symbol) and fall into a tie for fourth in the conference standings.

But he made it, and the team took care of business in an overtime slogfest. They improved their record to 8-3 in the league, solidifying their place (for now) as one of the best four teams in the ACC. Had they lost, the Hokies would have stewed on it for a week thanks to this week's cancelponement against Florida State. But now they can take the positives from another big W, get their legs right and prepare for a huge stretch: vs Louisville, at UNC, at FSU.

Let me talk about my three favorite parts of this shot from Cardiac Cattoor (we'll workshop it).

Wabissa Bede, best actor: Look at Bede selling this thing like a WWE wrestler. He takes two aggressive pump fakes which do two different things. First, it draws Isaiah Wong (#2 in white) away from the spot where the ball will end up going. He has to follow Justyn Mutts out to the logo. And second, it buys Bede just a few extra inches of room against the 6'11" Deng Gak who's doing his best to disrupt the inbound. If the ball gets tipped on the pass, the clock begins to run and it would mean curtains for the Hokies.

Keve Aluma, run blocker: Okay, now watch Aluma as Cattoor comes around the corner. At first glance, you think the big man sets a screen for the guard to slither around and set up for the pass. But watch again.

Aluma doesn't touch the guy defending Cattoor (the 6'9" Anthony Walker, who switched onto Cattoor at the beginning of the play.) Instead, Keve simply tries to — I cannot stress enough how sarcastic these two words are — "get open" and shoves his man (6'5" guard Elijah Olaniyi) into the corner.

And whatta ya know. Olaniyi happens to go flying in the exact same spot where Cattoor is headed. Cattoor hits the corner and sprints back towards Bede. Olaniyi stumbles into Walker, setting a glorified screen that neutralizes two Miami defenders and provides Cattoor the most open last-second look he may ever get in his career.

Now I'm not a coach, just a nerd on the internet who watches too much basketball. This could have, theoretically, been really great luck. Maybe Aluma was simply trying to shake off Olaniyi to set the screen and couldn't get over there before Cattoor turned away from the baseline.

Now, if I'm Mike Young, I know Miami is probably going to switch everything on the final possession — therefore making a clean catch on the wing almost impossible. And if I assume Miami switches everything, I'll probably tell Aluma something along the lines of "bodycheck that guy right as Cattoor comes around, and we'll see if the refs call it." Aluma channels his inner Dalton Keene and pancakes two Hurricanes for the price of one. 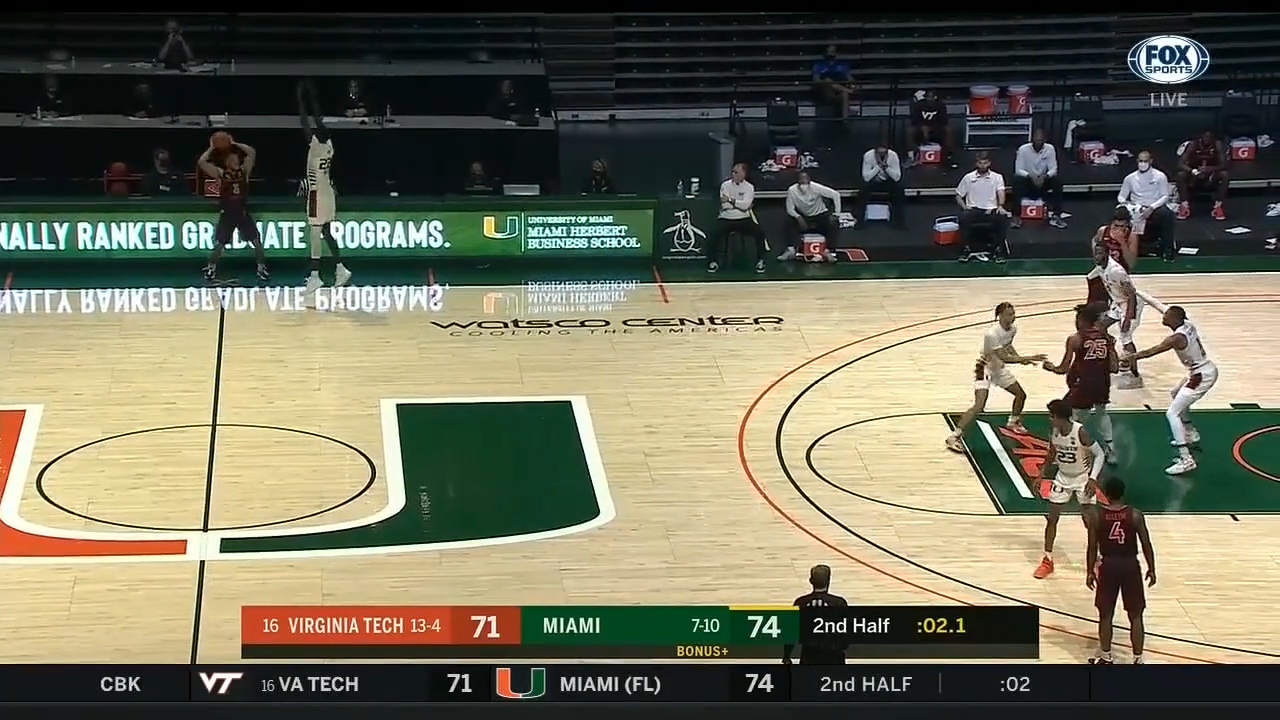 Look at Young, sitting comfortably to the right of the advertising board. Relaxed like he's waiting on a buddy to bring back a pair of Busch Lights from the beer fridge. He knows he just drew up a hell of a play, he's just waiting to see if his guys execute it.