The computers are still high on the Hokies, yet they remain winless in the ACC. So what's holding them back? 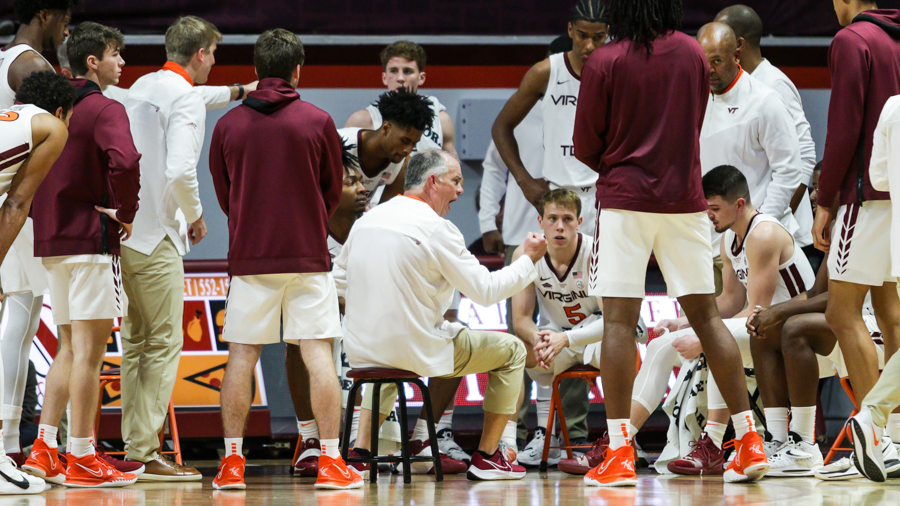 The Hokies lost, again. This time as a 9.5-point favorite to an ACC basement-dwelling NC State squad who lost their previous five before coming to Blacksburg. Tech has dropped six of their last nine, including embarrassing losses at Dayton (a mid-tier A-10 team) and a 19-point drubbing at home against Wake Forest. They're prone to cold streaks powerful enough to freeze any bit of momentum going their way. They occasionally suffer defensive lapses once deemed unthinkable only a season ago. And they simply don't look like a team once thought of as the ACC's dark horse heading into the 2021-22 season.

They're hovering above .500 at 8-6, still in pursuit of their first conference win after an 0-3 start in ACC play (with two games postponed due to COVID-19 protocols). In a league desperately searching for teams to rise to the top and make a run at the tournament, Tech's path to and through March was wide open. Instead they sit tied for last with PIttsburgh and Georgia Tech.

It's less than ideal.

This wasn't supposed to happen to these Hokies, right? They were the ones who went to the tournament and took Florida to overtime just a year ago. The ones who were supposed to bring every contributor outside of Wabissa Bede back for another stab at the conference and the postseason. The ones with a preseason all-ACC player and three starters who shot over 40% from three.

Yep, that's this team. On paper, at least. Instead, what we have on our hands is a fascinating discrepancy between the computers, the eye test and the results.

Let's start with the product on the court. Tech is capable of putting together absolutely beautiful stretches of basketball. The ball moves quickly, finding open shooters, driving lanes and one-on-one post touches for Keve Aluma and Justyn Mutts. When their threes are falling, they can pile up points in a hurry. Against the Wolfpack, the Hokies turned a 10-point deficit to a four-point lead in just five minutes — part of a 17-0 run that went from the end of the first half through the first minute of the second.

Triples dropped, Aluma did his thing in the post, Storm Murphy pulled all of the offensive strings like the highly regarded transfer he was. Defensively, they mostly held State to a barrage of inefficient midrange jumpers and grabbed the misses as they caromed off the rim. It was everything you wanted to see as a Tech fan.