In the Face of Adversity, Noah Kim Receives Virginia Tech Offer, Commits to the Hokies

The state champion winning quarterback looks to prove he can come back even stronger from injury. 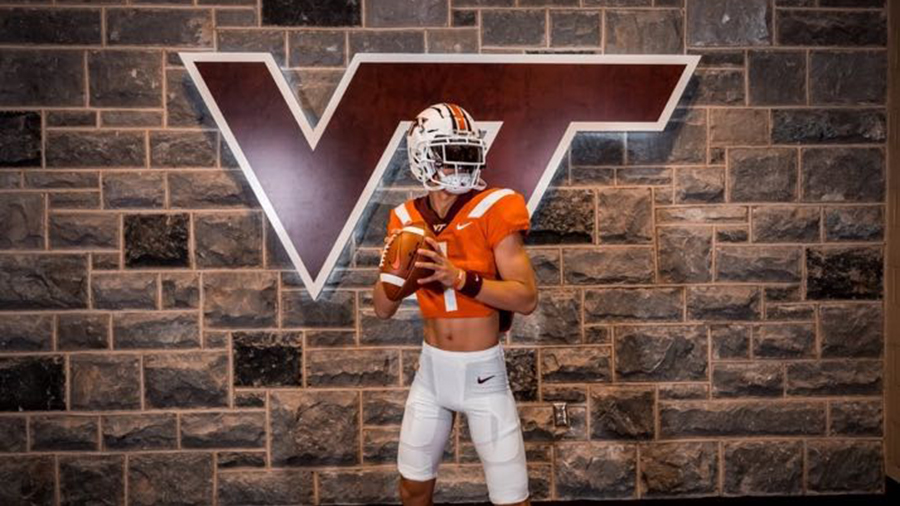 A Power Five offer had eluded quarterback Noah Kim. The 247Sports Composite 3-star (0.8237) prospect had multiple suitors, but none near college football's top level of competition. Western Michigan was the biggest name, followed by William & Mary and Fordham among others. But that all changed for the Westfield HS (Chantilly, VA) standout on May 9th.

In the wake of a decommitment from fellow 2020 quarterback Tyler Warren, happened a day earlier, Kim received and accepted a scholarship offer from Virginia Tech.

"As soon as Virginia Tech started coming in I was like, 'Yeah okay, if I can get this [offer], I'm gonna shut it down,'" said Kim.

Kim's recruitment to the Hokies was a swift process. Contact in earnest started around mid-April, and Kim worked out for the Hokies staff shortly thereafter. Tech extended a June invitation to Kim to camp in Blacksburg, usually an opportunity to workout and earn an offer, but just the next week Kim received a call from offensive coordinator Brad Cornelsen with an unofficial visit request two days later. That's when Kim received his scholarship offer. The entire process took less than a month.

"Oh man, he was excited," said Westfield OC Michael Lalli. "I was excited for him... The whole Westfield community is excited because there's so many Virginia Tech fans up here."

For Kim, he was always working towards a big-time offer.

"Obviously, I had to narrow something down just in case I had to eat what food I had...but that's just not what I wanted to do," said Kim. "So, I was working out like I had something to prove, basically."

In many ways, Kim's recruitment is a tale of how an injury can derail the entire recruiting process.