Breaking down the blue-chip running back's film while also evaluating and analyzing how he fits in the Hokies' scheme. 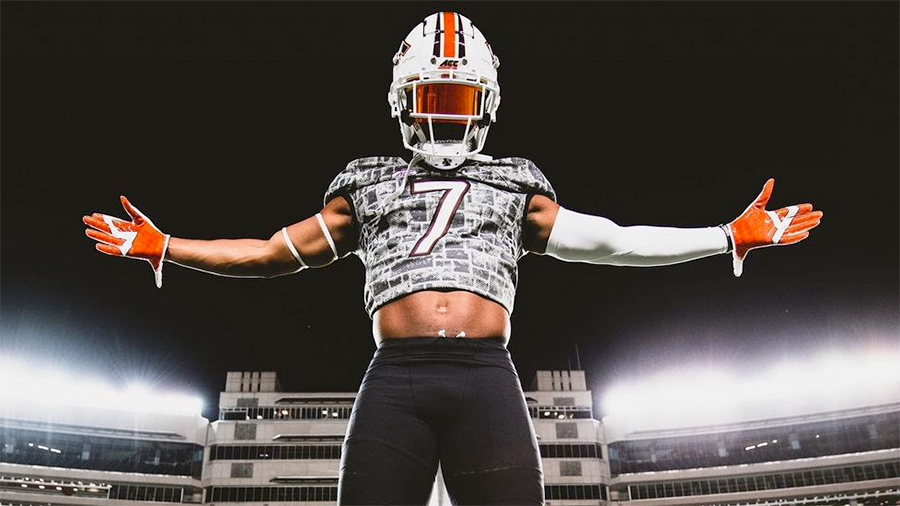 After a seemingly never ending merry-go-round of highly rated Virginia running back targets eluding Justin Fuente's recruiting envoys, the roulette wheel finally landed on Ramon Brown. At 5-11, 202 pounds, the 4-star (0.9247) Manchester HS standout possesses a unique combination of speed and power that could become a big play weapon in an offense that creates space and one-on-one situations for a running back to excel.

"I could fit in their offense and there's nothing like playing in your own backyard in your home state of Virginia," Brown said of his decision.

When initially assessing the Fuente-led Virginia Tech offense, I did not regard an elite running back as a critical piece. The Hokies' option-oriented zone blocking scheme often uses the tailback as a sledgehammer, designed to keep the defense honest against the dive instead of flooding defenders against the quarterback keeper, jet sweep, or quick pass. In situations where the tailback has the ball and the defense doesn't over-pursue, Tech's tailbacks early in the Fuente era often found themselves needing to bowl over unblocked defenders.

However, the effectiveness of Tech's running game has evolved. Starting with the last couple of games of Deshawn McClease's career, followed by a terrific season from Khalil Herbert, the Hokies suddenly became much more effective with zone stretch base runs. The zone stretch requires the tailback to move laterally, and the stretch motion creates gaps in the defensive pursuit. Once a gap forms, the running back must make a decisive cut. Herbert, for all his amazing runs, benefitted from terrific blocking and sometimes left yards on the field by missing a quick cutback lane.

Enter Ramon Brown. The rising senior's ability to cut back without losing forward speed absolutely jumps out on film, even though Manchester's offense seems to rely a little more on pin and pull and power blocking than the Hokies did last year. Watch this little inside power.