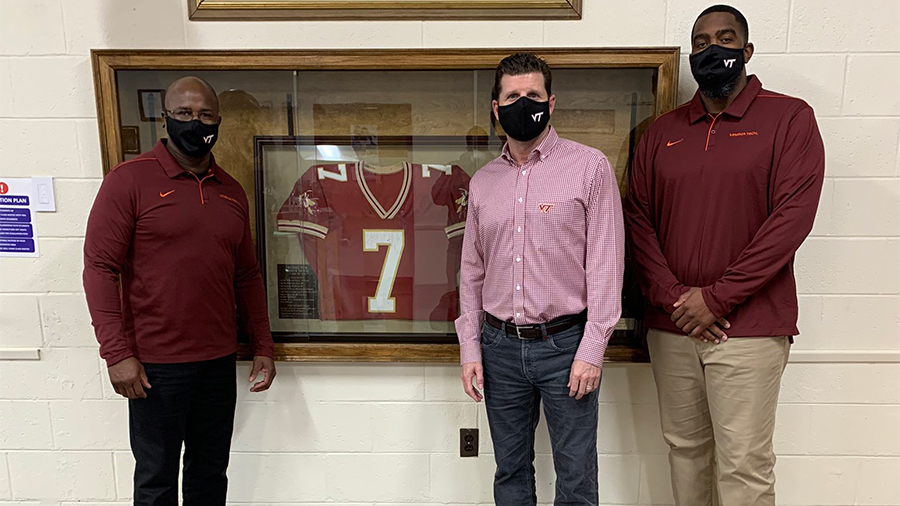 The state of Virginia was the centerpiece of Frank Beamer's recruiting within a six-hour radius of Blacksburg philosophy. Recruiting classes comprised of a majority of Virginia products was the norm on his watch. As the Justin Fuente era dissolved, so did the focus and ties to recruiting the Commonwealth. In a stark contrast to his predecessor, Virginia recruits made up about 26% of Fuente's classes. That hit a disastrous low in the 2020 cycle when only one of the 16 signees hailed from Virginia.

Now the Hokies are getting back to their bread and butter. Beginning with his opening press conference, Brent Pry made it clear he would emphasize recruiting the state of Virginia.

"I know how good the state has been to Virginia Tech," said Pry. "I've had a ton of former players reach out to me in regards to that, and we're going to work our tails off to bring those Virginia kids to Blacksburg."

In an effort to mend fences and strengthen bonds, Pry and his staff embarked on a state-wide blitz of Virginia's high schools. Aside from a couple odds and ends to wrap up the 2022 class, the staff's first week on the road was exclusively dedicated to recruiting Virginia.

"They took that time to come and just talk, greet and form a bond," said Mickens. "And then you start talking to folks. Within the football world, it's a small world. Who beat who, who played with who, who recruited who. You always start to find those common grounds, and that's what building relationships is about."

By Mickens' own admission Trinity doesn't have the quantity of talent as the powerhouse schools in the state, think Highland Springs or Oscar Smith, but Pry and the Hokies have offered 2024 safety Zahir Rainer and are evaluating others.

"The next Michael Vick doesn't have to come through one of these big programs," said Mickens. "He could come from anywhere. Do you get first right of refusal? If you're Coach Pry and that staff that's put that time and that relationship in, you at least get that first look, and maybe the last. Again, those kids want to play at home, ideally. They want to be somewhere where their families can see them. Coaches want to send their kids in-state. Everyone loves it when their kids are places where they can go watch them play."

Mickens added, "For him to come through there, the way he did, with the energy he did, just to say, hey listen, we see you and you're a priority for us, that's nice. That's encouraging."