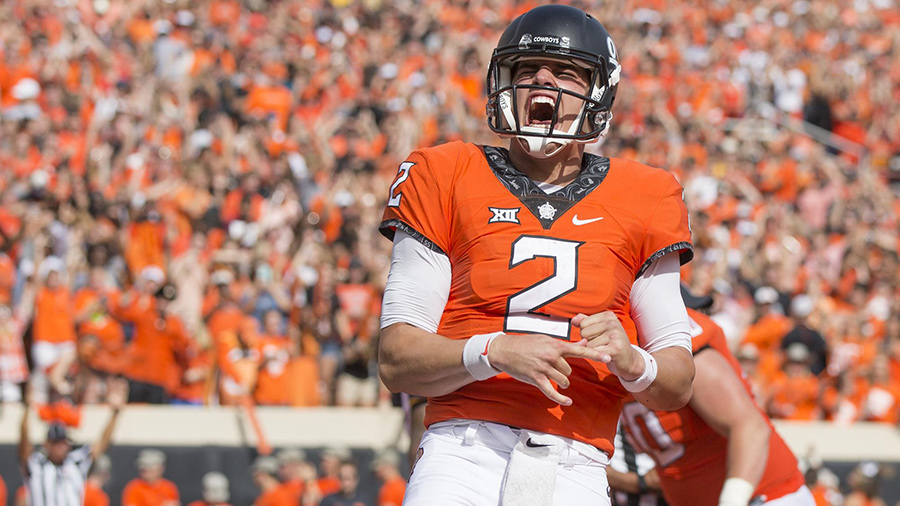 It doesn't take long after watching a handful of Oklahoma State games to realize Virginia Tech has a huge challenge on its hands. Outside of a 13-point outlier against Texas, in 2017 the Cowboys constantly lit up scoreboards. Mike Gundy's squad put up 109 total points (including one pick six) against their common opponents with the Hokies (West Virginia and Pitt), and scored 52 against college football playoff participant Oklahoma. The Cowboys are an effective power and zone running team. They also stretch the field with an arsenal of big and talented wide receivers.

Veteran quarterback Mason Rudolph (No. 2, SR, 6-5, 230) has been the Cowboys starter since late in his freshman year, and he executes Gundy's frenetic offense as well as any quarterback in the country.