The Hokies have two freshman left tackles battling for playing time. 7-play film study to understand what each brings to the table. 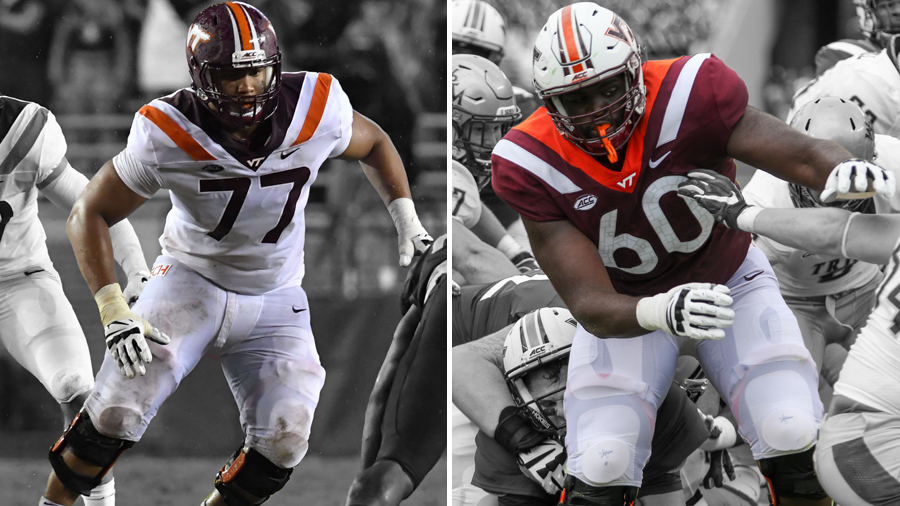 In my film review last week, I was very complimentary of Silas Dzansi. Dzansi received his first action of the season in Virginia Tech's 62-17 win over William & Mary after Christian Darrisaw suffered an ankle injury. The battle for playing time between the pair of freshman (former redshirt, latter true) began in camp and continued throughout the season.

"[Darrisaw] and Silas have had a great competition every day all camp," said Vance Vice. "Again, having a little bit of depth is a neat thing. That bothered [Darrisaw] more not being in there the other day with the injury than anything else. Because he knows what can happen, he can get Wally Pipped pretty quick."