Duke throttled the Hokies 10-45, and macro and micro issues abound. 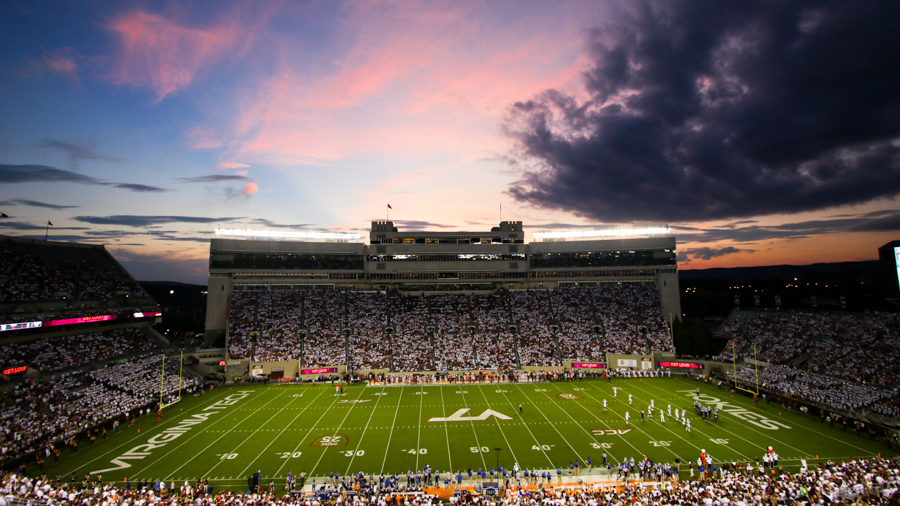 Michael Vick was in the house. The one that Frank built. Yes that one, with the neon vacancy sign glowing. Other members of the '99 team were there too, near-twenty years later, Virginia Tech football honored its almost-crystal season. The occasion was a backdrop to new program lows.

It props up financial markets. It gets you across the bar to throw game at your future wife. It doesn't have a fingerprint, but it's noticeably absent. The Hokies had it in spades against Duke for almost 20 football minutes. The defense was fast, the d-line created havoc and the group played with an edge. The offense oscillated between first downs and punts, but moved the ball and seemed poised to make Skipper earn its pay. And then when everyone got what they wanted, Hendon Hooker spelled Ryan Willis and manufactured the beginnings of a run attack, blink, fumble, gone. Lane went from loud to listless. Hokies wore white to the funeral.

Duke broke its foot off in Tech's ass every which way. The Blue Devils rushed for 234 yards. They threw a double pass for six. And up four touchdowns in the fourth quarter they faked a punt to convert a 4th-and-3 with 19 yards to spare. That David Cutcliffe decided to twist the knife merits its own crime scene investigation. It used to be that Duke got blown out, now Tech is a bottomfeeder in its division. And it's not so much the Hokies quit, rather they seemed unprepared, confused, shocked and couldn't cope with the slightest amount of adversity. Hard, smart, tough is the biggest advertising sham since cigarettes don't cause cancer.