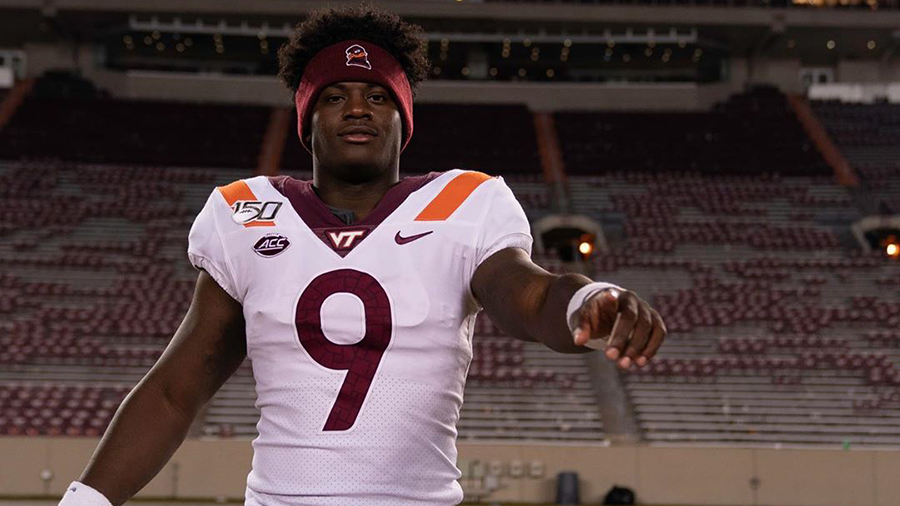 Down one point with three seconds left to go in the 2018 Texas 6A Division I championship game between a battle of undefeated squads. No, we're not talking about a Friday Night Lights episode, but even so, the hail mary connected according to script.

This is THE play everyone is talking about. North Shore beat out my alma mater in a last second Hail Mary to win the 6A Div. I championship in Texas. Am I heartbroken? Yes. Devastated? No. These guys had a heck of an undefeated year. Kudos to the Mustangs! 👏🏽 pic.twitter.com/NAMV2eYbj2— Erica Simon (@EricaOnABC13) December 23, 2018

"Zero panic, calm, cool, collected," said Kay. "That was at 15 years old. His ability to compartmentalize stress and pressure and go out and still execute at a very, very young age is really a differentiator from some of the other kids we've had."

"He runs it to perfection," said Kay of the execution. "He steps up in the pocket, moves to the left, gives the kids time to run down there, throws a dime to the back of the end zone."

From Justin Fuente (TCU) to Brad Cornelsen (Oklahoma State), and even offensive quality control staffer Beau Davidson (proprietor of the #TX2VT movement because of his Texas high school football roots), Virginia Tech has Texas football connections. But according to Kay, Davis' verbal wasn't really the result of a leveraged previous relationship as some might have imagined.

"They just did a better job of recruiting Texas," he said.

And it paid off for the Hokies.

The 247Sports Composite ranks Davis the No. 4 dual threat quarterback nationally, and his 4-star (0.9444) grade ranks him 143rd overall among the entire 2021 class.