3,300-word film breakdown of how Virginia Tech's d-line scheme might change based on Bill Teerlinck's tenure with the Bills and defensive line recruits the Hokies have targeted. 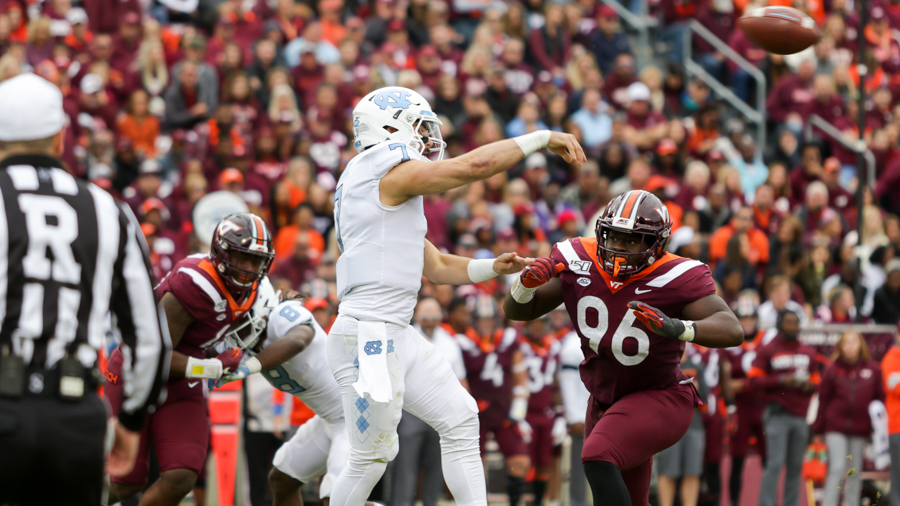 Virginia Tech embarks on a new defensive era this season, and questions abound about the philosophical changes in Justin Hamilton's approach. Bud Foster built defenses around the combination of blitzes, stout coverage and twitchy defensive edge pressure. Corey Moore in particular was a revelation burning around the edge to sack the quarterback.

How will Hamilton, who played and coached under Foster, adjust the scheme to combat modern offensive strategies? Perhaps, some clues might come from the Buffalo Bills defensive line personnel and strategy under new d-line coach Bill Teerlinck. When cross referencing the film of the defensive linemen Teerlinck has recruited since he arrived in Blacksburg with the Bills game film, I saw definite parallels between his former personnel and the archetypes he is looking for in recruiting.