Liberty comes into Blacksburg ranked and undefeated, and the Hokies should roll anyway. 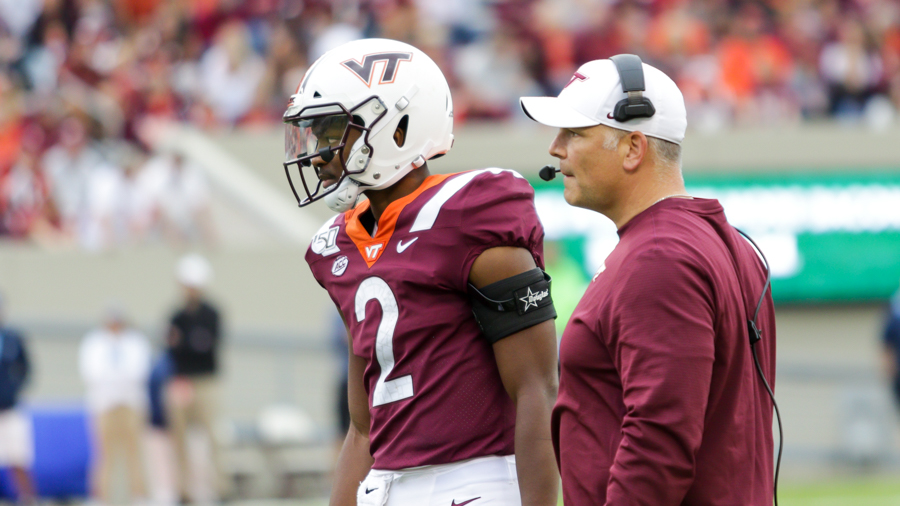 If there's anything we've learned over the past few months, it's that fandom is inherently selfish.

Whether we want to admit it or not, we all waited for the college football season with bated breath because it provided us with the illusion of normalcy. Sure, the stadiums are empty and the lists of inactive players (and coaches) vary by the week, but it's still football. We'll always find value in our favorite teams squaring off against each other. There's comfort in the routine of looking forward to something for an entire week, and in a year in which comfortable routines are basically nonexistent, the feeling we get from our favorite sport is a coveted natural resource.

It's impossible to separate COVID-19 with the way we view Virginia Tech football. We can't talk about Rayshard Ashby's subpar senior season without bringing up the virus that prevented him from working out (and, you know, breathing properly) for weeks. We can't mention Hendon Hooker and Tech's struggles in the traditional drop back passing game without acknowledging the need to develop timing between quarterbacks and receivers — something the Hokies haven't had due to a medically-induced QB rotation.

In fact, it's irresponsible to not look at Tech's offensive boom powered in large part by Khalil Herbert and wonder if the global pandemic has anything to do with a sport-wide scoring increase. As much as we may want to, it's borderline impossible to take any big picture ideas away from the 2020 season. Maybe the Hokies have found a renaissance in the ground game, or maybe tackling is worse due to inconsistent practice time. Maybe the defense has long-term cause for concern, or maybe they had bad virus luck at the least opportune times.

But unfortunately, rationality and down-the-middle observation have no place in fandom. No, regardless of circumstance, situation or acts of God, we're going to have blazing hot expectations. And while that's unfair — especially this season in which fans deserve to expect things even less than usual — I selfishly want something going into this weekend:

I want Virginia Tech to beat the brakes off Liberty.