Virginia Tech's Defense Goes up in Smoke Against the Flames

Even when the defense worked, it didn't. 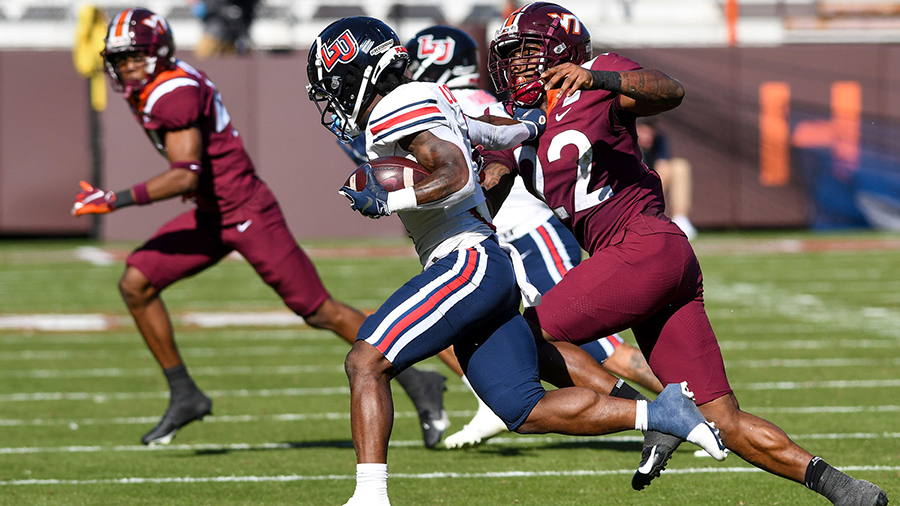 Don't fool yourself. You shouldn't be surprised anymore. This is Virginia Tech football now, and it isn't pretty. The Hokies success seems to ride on a razor thin margin of error, and the fulcrum point is Tech's own attention span. Poor recruiting and player development have created a conundrum where Tech doesn't have the talent to overcome a disinterested effort, a bad game plan, or a talented and motivated opponent. Liberty was a game opponent on Saturday, and the Hokies' defense obliged with an unconcerned effort. A shorthanded offense, fighting off the loss of Khalil Herbert, James Mitchell, and Nick Gallo, couldn't overcome their counterpart's abysmal effort plus two coaching blunders that left the Hokies to swallow a bitter pill. Fuente has tried the quick fix, and to his credit, Herbert, Raheem Blackshear, and Brock Hoffman have been tremendous high effort guys that seem to have sparked a change in culture in the offensive locker room. However, the same approach hasn't worked on the defensive side of the ball, and the issues with recruiting, player development have left the cupboard bare for the next wave of defensive talent to replace the Bud Foster holdovers.

There will be a lot of chatter this week about two coaching decisions: Justin Fuente's decision to kick a field goal from the one-yard-line at the end of the first half, and his timeout that undid a game winning touchdown on a blocked field goal. Honestly, I think the timeout that negated the blocked field goal was a bad break. Almost every coach in college football does that to either freeze the kicker or get the correct personnel in the game to handle a fake or other contingencies. The rare outlier would be the coach who thinks that the kicker will expect the timeout, and then get out of sorts when they have to rush to get the kick off.

As for the field goal attempt, I don't think Fuente had a choice about kicking at the end of the half. The previous fade dropped the clock from 8 to 4 seconds remaining. A similar time run-off would not have left the Hokies, even with a single timeout, the opportunity to attempt the field goal if they did not convert. However, Fuente was put in that position by an awful play call by offensive coordinator Brad Cornelsen two snaps earlier in the drive.

The number 6 hokies wrestling look to defend Cassell against a pack of Panthers
APrimusHokie, 01/26/23
2 hours (61)