The Five Types of Hot Seat

What gives programs the final nudge to part with their coach? And does Virginia Tech see anything to give them that nudge come December? 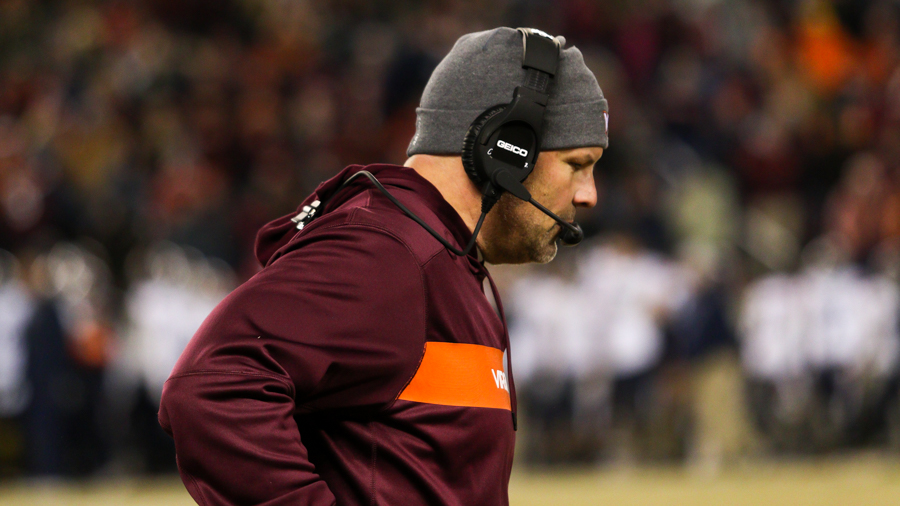 South Carolina officially kicked off the college football coaching carousel when they decided to fire Will Muschamp after his team's loss to Ole Miss on Saturday. They did so despite a 13 million dollar buyout, which had many Virginia Tech fans wondering if paying that kind of money with a pandemic tightened budget is really possible.

Whether or not the Hokies have gotten that far with head coach Justin Fuente isn't clear. Losses pile up as more fans scream for a change, but no one really knows what's going on in the minds of Whit Babcock and the rest of his administration. Is he ready to concede the hire hasn't worked out? Is he willing to shell out 10 million dollars over the course of a few years to make someone not coach for him?

But in watching at the coaching carousel turn over the last decade, something became clear. Most coaches don't simply get fired for wins and losses. There's always an extra push to make the person in charge pull the trigger on the termination. For the Gamecocks, the fear of fan apathy made them bite the bullet:

Will Muschamp's buyout is just north of $13 million. It was cut slightly as part of the most recent amendment to his contract. There had been growing concern among school officials and supporters that continued fan apathy could cost South Carolina more.— Josh Kendall (@JoshTheAthletic) November 16, 2020

It's as good a reason as any. What might cost them 13 million today has the potential to save them tens of millions down the road through donors and fan support.

But what would cause the Hokies to part ways with Fuente? Let's explore five types of coaches on the hot seat over the last 20 years, and see which category (if any) fits the head Hokie.

The Guy Who's Just An Asshole

Parents teach their kids a few rules as they grow up, and one universal guideline is that you can't be mean. If you want to succeed in the adult world, you have to treat others as you'd want them to treat you and all that other Mickey Mouse, Sesame Street malarkey. It's a nice sentiment, but one you come to realize is simply not true, especially in the college football coaching business.

Power Five coaches often mix a nice cocktail of OCD tendencies, a Napoleonic drive for power and the ability to sacrifice personal connection and individual emotions for "the good of the team". Though the mix of needing to be in control and an ability to lie to people close to you is the perfect recipe for a sociopath, it also makes for a hell of a college football coach.

90% of this unseemly behavior goes overlooked, because it leads to wins. For instance Nick Saban can treat his players like they're his unpaid employees because he has a statue outside Bryant-Denny Stadium. But when you don't win, no one wants to put up with you anymore.

Bo Pelini won consistently at Nebraska. The Cornhuskers won nine or 10 games each season of his tenure, spanning seven years, two conferences and one epic Sean McDonough call in Blacksburg (which isn't relevant, but I couldn't help it). But he stacked up wins against lesser teams, went 9-14 against ranked opponents and failed to pick up a single signature win after joining the Big Ten (Nebraska was just 4-10 against top-25 competition in those four seasons).

At some point in time, he just didn't win enough to justify how big of a jerk he was. And let's be clear — he was awful. Awful to his players, awful to officials, awful to his own fans and spoiler — when he took the job at Youngstown State, he was the exact same awful person. If Pelini's fits of rage came with conference titles, they'd have been described as Woody Hayes-esq passion. But instead, they came to define an above average Nebraska program, and it wasn't worth keeping him around.

Another quick example is the recent resignation of Gregg Marshall as head basketball coach at Wichita State. Marshall agreed to a cushy $7.75 million settlement to walk away from one of a terrible, toxic situation of his own making with the Shockers.

The allegations are so bad that Marshall may have been forced out even if his program had sustained their national prominence, but two down years in a row made this decision even easier for the Wichita State brass.

To be clear — Justin Fuente is not Bo Pelini, and he is definitely not Gregg Marshall. But the way he's structured his program hasn't exactly been warm and fuzzy either.

He's walled off access to fans and most media. His assistants tweet passive aggressive thoughts about fans who "don't know what they don't know" — despite not being allowed the access to know anything — or in-state recruits who don't pick the Hokies.

This "if you're not with us, you're against us" mentality works wonders in places like Tuscaloosa, where Saban has to shake the couch cushions for any type of motivation. But it doesn't play as well in Blacksburg, and comes across as cold and passive aggressive to a fan base used to a little more warmth.

The Guy Who Can't Recruit And Is Barely Holding On

The recipe for this is simple: coach A leaves. He either jets off for a better job or is fired for not winning enough with the talent he brought to campus. Coach A is replaced by Coach B, who uses said talent to jumpstart his tenure. Things look to be a smashing success for Coach B until at some point, two-to-three years later, all the talent he inherited is gone and it's revealed that his evaluations and development have been lacking. Losing ensues, and Coach B is ultimately fired.