Virginia Tech has to restock the cupboard at offensive line after a myriad of departures affected its experience and depth. Evaluating the film of the center transfer that should ease the Hokies' burden a bit. 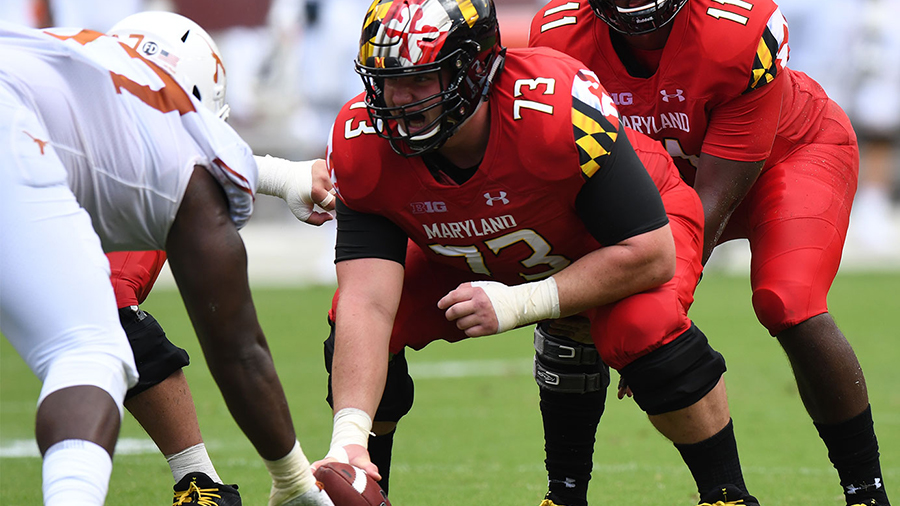 With Christian Darrisaw's departure for the NFL, Tyrell Smith and Austin Cannon opting to hang up their pads, and the unexpected departure of bell cow interior line prospects Bryan Hudson and Doug Nester, Virginia Tech is poised for a serious reshuffling along the offensive line. After paving the way for Khalil Herbert to put up the best individual rushing yardage season for the Hokies in a decade, offensive line coach Vance Vice can count on returners Lecitus Smith, Luke Tenuta, and Brock Hoffman. Beyond that trio are question marks.

One question got a quick and perhaps a surprising answer. Despite Hoffman's return, the Hokies picked up a commitment from Leesburg, VA native Johnny Jordan. Jordan (6-1, 305) transferred to Virginia Tech from Maryland, where he earned honorable mention All-Big Ten honors last season for his work at Hoffman's center position.

A review of Jordan's available film suggests to me that he's poised to take over at center. Hoffman, who played a significant amount of right guard for Coastal Carolina, could slide out to guard (pushing Silas Dzansi to one of the vacant tackle spots), or perhaps try his lot as an undersized offensive tackle.

When I watch Jordan play, his strengths signal a potential change in style for the offensive running game. In 2020, the Hokies excelled on outside zone reads. When defenses were successful in overplaying Herbert's stretch runs, the offense struggled to run plays utilizing power blocking, such as the inverted veer and counter. Jordan doesn't have the ideal length or mobility to take a quick lateral step and power through to reach defensive tackles. Instead, he has skills which make him ideally suited to featuring more power and inside zone blocking — good balanced feet, outstanding contact points, and an explosive short range punch.

Watch as Jordan (No. 73) worked downhill on this double team block.