Price, Tyler Hope to Build on a 'Network' of Alums on Hokies' Staff 'With Bud as the Centerpiece' 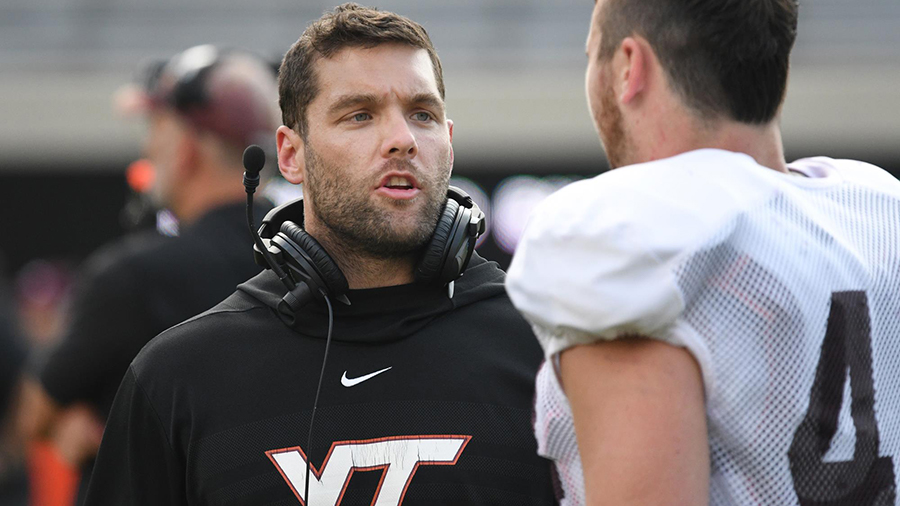 J.C. Price and Jack Tyler graduated from Virginia Tech 18 years apart. Nonetheless, they find themselves on the same coaching staff in Blacksburg these days.

That sort of age disparity among assistants might seem odd at first glance, but when you consider the unusual culture Justin Fuente and Justin Hamilton have cultivated on defense it starts to make sense.

Price and Tyler both played for Bud Foster, and the defensive coordinator helped launch both into coaching careers as graduate assistants at Tech, so it would be one thing if Foster was still coaching himself and had gone out to hire some of his old proteges. But even with Foster retired, Fuente has made a concerted effort to uplift former Hokies as coaches, with perhaps no better example than Hamilton himself. Though he may be an outsider, Fuente seems to be taking pains to preserve some connection to Foster and Frank Beamer as he's overhauled his defensive staff.

"Even though I didn't know some of these guys beforehand...innately, you know that you can trust them, they're your brother and have your best interests at heart because of where you've been and where you've come through," Tyler, Tech's newly minted linebackers coach, told reporters Wednesday. "It just adds a sense of comfort and camaraderie and togetherness that maybe wouldn't be there otherwise."