With the Hokies three days away from a Friday night tilt against UNC, I examine Tech's most important players, the most likely scenarios involving Justin Fuente and provide final predictions heading into the 2021 season. 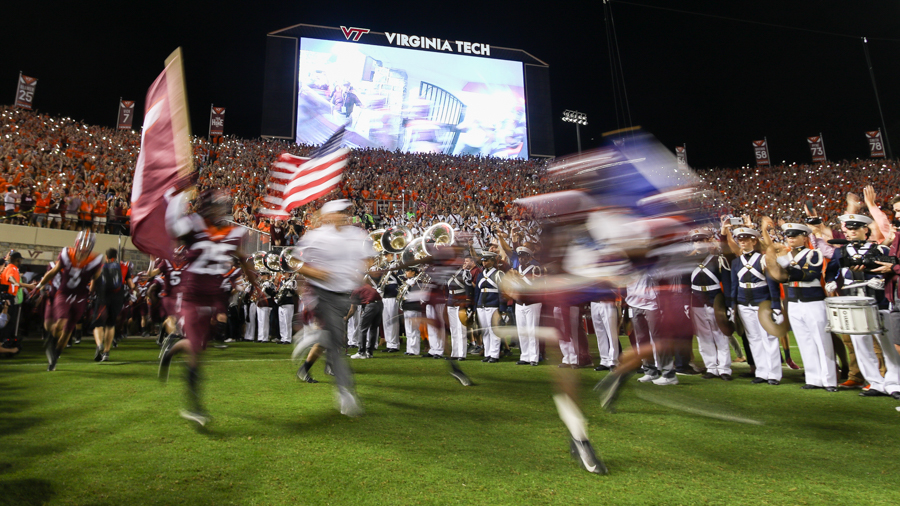 It's finally game week, and as kickoff against North Carolina bears down on us, let's jump back into previewing Virginia Tech's 2021 season.

If you missed part one, check it out.

The five most important first-year freshmen* in 2021

If Braxton Burmeister goes down for an extended stretch, Bullock has the highest ceiling of any of the remaining options (Knox Kadum praise be damned.)

Jones is fascinating. Listed at 185lbs as a recruit by 247Sports, the Hokies list the receiver at a solid 203. For frame of reference, Isaiah Ford played at 194 as a junior and Cam Phillips played at 202.

Ford and Phillips are two of Tech's most successful receivers — who combined for 96 catches, 1,207 yards and nine touchdowns as true freshmen — and Jones is certainly giving off similar vibes as a young wideout. He's currently one Tre Turner/Tayvion Robinson hamstring tweak away from seeing serious playing time, so odds are decent for him to have an important role this season.

Same story for Stroman. Now that Devin Taylor is officially not with the team, the depth chart at safety has cleared up significantly. The one bit of an unknown is who will back up Keonta Jenkins at free safety. At the moment, Stroman is listed with an -OR- designation with Vanderbilt transfer Tae Daley. He's already close enough to playing, and it will be fascinating to see if he earns quality reps early in the season.

With the medical retirement of Emmanuel Belmar, the Hokies' depth chart at defensive end looks like this:

Adams earned the first shot as the fourth end, but no matter how much he develops he'll never stop being 5'11". Wilfried Pene is a great story, but getting rotational reps from a guy who switched from tight end a few months ago feels like a tall order.

That leaves the true freshmen. While Mattheus Carroll may have more long-term value as a 6'5" pass rusher, he's a bit thin and raw. But at 6'3" 238lbs with a heavy shoulder, Nelson could step in right away (or at the very least split the time with Pene.)

There's our guy, catching a pass from Burmeister at the end of the video, torching Chamarri Conner on his way for a score. Feels like he's going to be a player, folks.