By the (Advanced) Numbers: Orange You Glad They're Not Pitt?

Virginia Tech must force Syracuse to pass in order to curtail the Orange's rush attack. 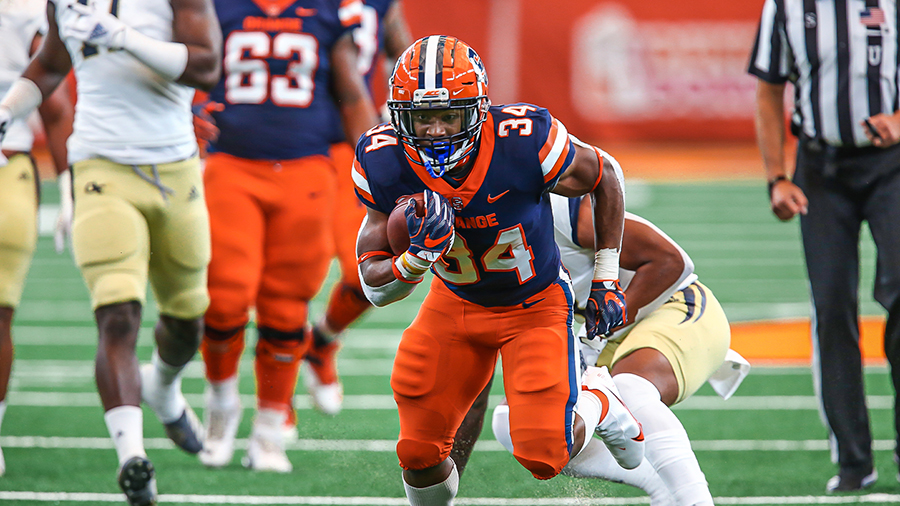 Syracuse running back Sean Tucker averages 6.12 yards per carry and has rushed for 9 touchdowns. [Syracuse Athletics]

Last week BTAN predicted that Kenny Pickett was unlikely to continue his blazing pace given four prior seasons of good, but not spectacular play. Sure enough, the Hokies defense slowed him to his worst rating of the season (123.4). Further, the nugget was offered that one should bet the under, which was clearly the right call. However, I thought even Virginia Tech's offense could put up a better showing against Pitt's stout defense. Braxton Burmeister had what I believe was his worst game as Tech quarterback, and there wasn't enough running game to compensate. Pitt happens, I guess.

Now the team must turn attention to cross-division opponent Syracuse, a game which fortunately takes place in Blacksburg and not the Carrier Dome. Last week Syracuse went toe-to-toe with a down Clemson, so should the Hokies be concerned?

Virginia Tech is currently 3-3. The actual and predicted score difference and odds of winning each game are: 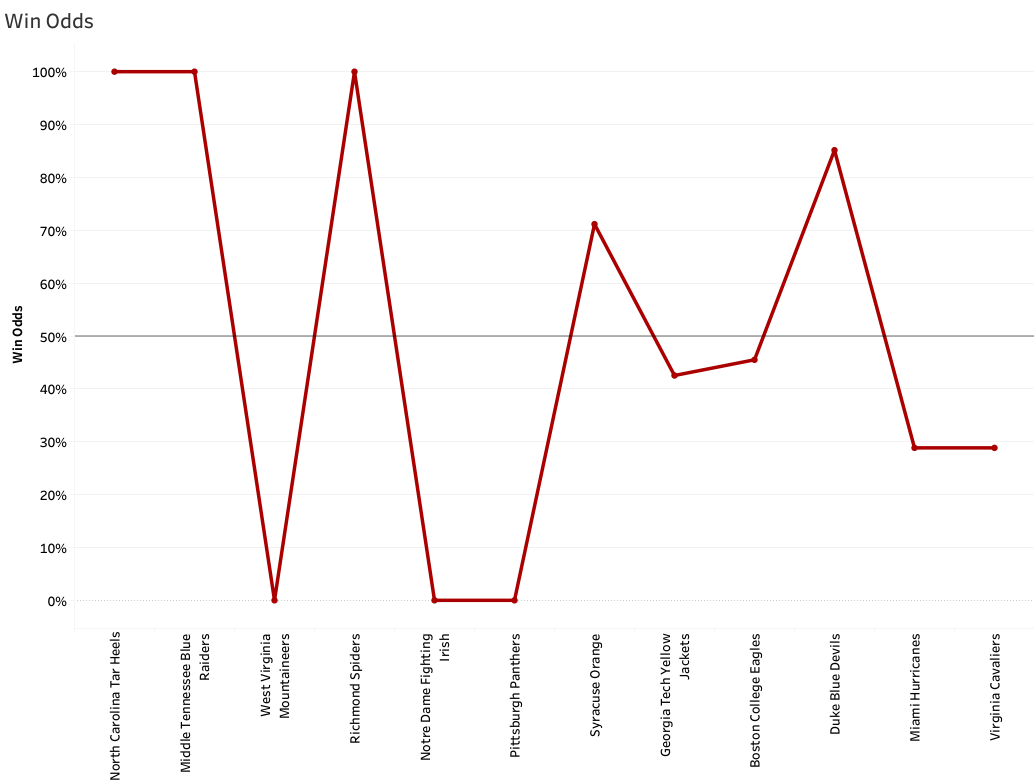