Examining a couple of plays that tell a long story about the current state of Virginia Tech football, and looking at the film to identify any potential solutions for the future. 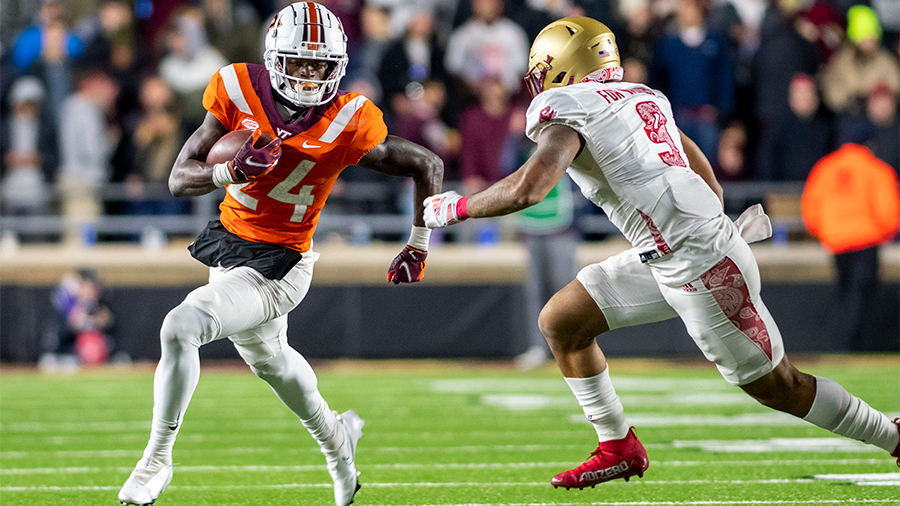 I don't think there is any film analysis that would add enlightenment as to why Virginia Tech looked so moribund in Chestnut Hill. Either this coaching staff failed to prepare their players and put them in the best position to succeed, or they allotted scholarships to players lacking the talent or the willingness to become elite. Either, or any combination of the two, is a negative reflection of Justin Fuente and his staff.

I don't like calling for someone to lose a job. It is a gross part of sports fandom culture. But, if Whit Babcock's expectation is physical dominance, annual contention for the ACC Coastal, and an inspired and generous base for donations, well it isn't happening.— TKP-Mode French (@french60wasp) November 21, 2020

To expand on what I said above last year, if Babcock does not believe that is the standard (a reasonable one even given challenges with fundraising and revenue given the profile of the Hokies' division rivals), he should not run this athletic department. His actions over the coming weeks will be telling.

On Friday night, Boston College was Boston College. They won the fist fight in the trenches, primarily on the offensive side of the football. They were Boston College. But what is Virginia Tech now? They are not physically dominant. They aren't loaded with playmakers or speed. They are not fundamentally sound, as tackling once again was putrid at key moments. They aren't disciplined. No matter what the stickers say, this is not a hard, smart, or tough football team. While it may have been infinitely more difficult to beat a mediocre Eagles bunch with Knox Kadum at quarterback (or perhaps more glaringly Wilfried Pene playing a significant number of snaps at defensive tackle), victory was assured because the same names we have seen since the struggles of 2018 and 2019 play the way star players on losing teams play.