Virginia Tech's loss to Boston College made bad things worse, and left fans with one sinking realization — it may only get worse from here. 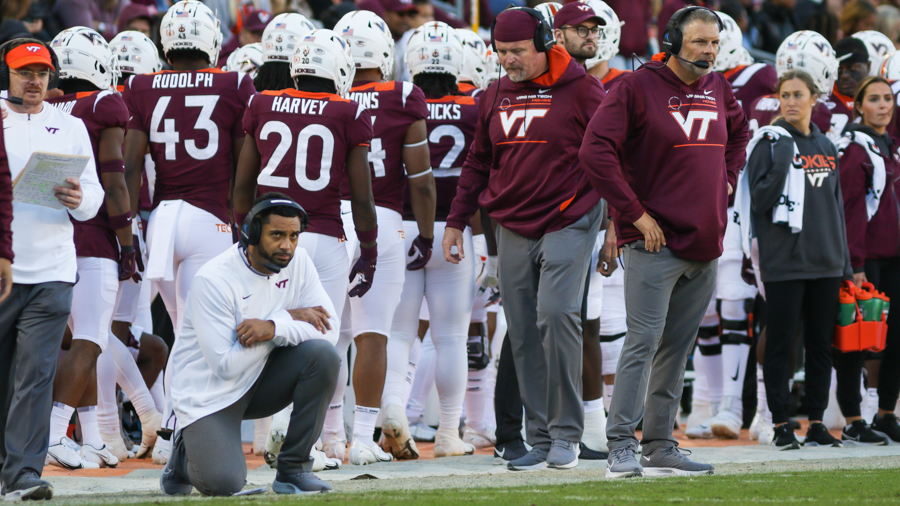 Well folks, we've reached the rage portion of the program.

The Virginia Tech football team's 17-3 loss to Boston College was officially the breaking point. It's not the first time we've seen the Hokies self-combust in a way that signified the end of an era. The 2014 Wake game, no matter how memeable it became, ended the Frank Beamer dynasty as we knew it. I drove down to Winston Salem to cover that game for this very website, and after the Hokies lost 6-3 in double overtime, I caught a glimpse of Whit Babcock on the way down from the press box to the interview room. He had the thousand-yard stare of a man who knew he had to make a decision on his legendary head coach.

And though Babcock opted to wait to let Beamer hang it up on his own, it's hard to imagine that the athletic director didn't have a hand in the timing of Beamer's announcement (Frank tearfully retiring in the middle of the 2015 season helped Babcock find a replacement before the rest of his competition). We all knew Frank needed to go, and everything after the 0-0 Wake meme was a waste of time until he did.

But watching the Hokies fail to score a point in regulation against a three-win Demon Deacons squad wasn't fury-inducing, it was just sad. We all love Frank, and watching his program fail largely due to the way it was being managed was tough to watch. That game was the breaking point of the Beamer tenure and the start of a prolonged, grief-filled funeral.

Tech's three hour gut punch in Chestnut Hill was just as deflating as Beamer's trip to Wake seven years earlier. But the emotions it elicited from the fan base have been quite different.

Hokie Nation is furious. The Friday night game left people seething for the entire weekend, hot that their team hasn't played well and irate at the offensive brain trust — the one that was supposed to bring points back to Blacksburg — only managed a field goal against a below average Eagles squad. This is a level of pure rage from the fan base that I haven't seen in my 25 years as a fan. It's searing, all-consuming and (for the most part) fair.